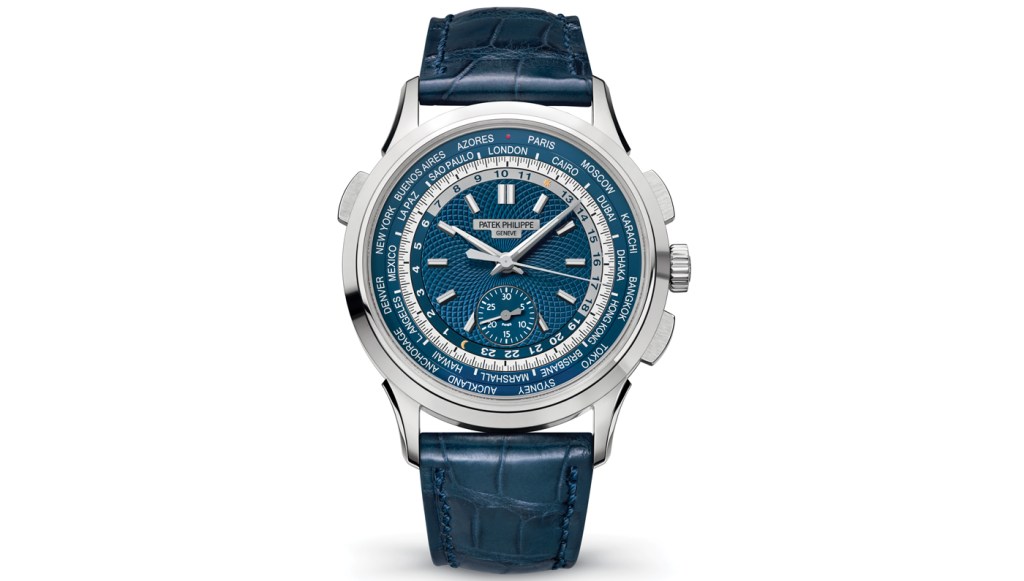 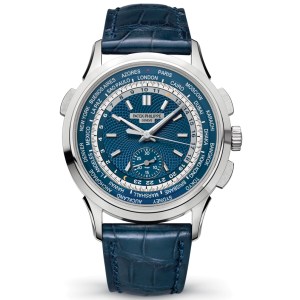 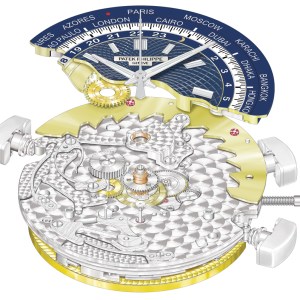 Patek Philippe’s latest travel watch is a study in adjustment.

With its sleek Calatrava-style case, the latest World Time Chronograph Ref. 5930 from Patek Philippe ($73,700, patek.com) is hands down the company’s most compelling world-time offering. “The most challenging part was taking the time with the designer to make sure that the watch was readable and aesthetic,” says Philip Barat, Patek Philippe’s head of research and development. “This is a watch for travelers, so we wanted something modern, sporty, and easy to use.”

The Ref. 5930 combines two complications that have been in Patek Philippe’s arsenal for well over a decade, but the task of linking the company’s most modern self-winding chronograph movement with its world-time complication proved a far steeper technical challenge than it might seem from the watch’s clean display and operation. For starters, the main part of the movement—the portion containing the chronograph—simply did not fit with the world-time mechanism that sits on top, just under the dial. “The axis of the minute counter was in the way of the [world-time module’s] 24-hour disk,” says Barat. “For us it was far easier to modify the chronograph than the world-time mechanism.”

Sifting through several options that posed readability issues, Barat elected to move the minute counter, positioned on the 6 o’clock axis, slightly toward the center. This seemingly minor adjustment required the modification of the baseplate, bridge, two wheels, a pinion, and the reset hammer—changes that necessitated a battery of tests over 2 years.

Patek Philippe’s world-time system—a modification of the design that the independent watchmaker Louis Cottier produced for Patek Philippe and other brands in the 1930s—also underwent changes. The designers added a seconds scale for the chronograph hand, between the 24-hour and city disks. They designed these disks to advance together with a pusher once they have been set. The stationary chronograph scale, however, introduced a new source of friction, prompting the designers to swap the paint and lacquer on the disks for a low-friction PVD treatment. The system’s new construction also afforded Barat and his team the opportunity to revise the world-time module, tightly integrating the dial components into the working elements underneath to save space.