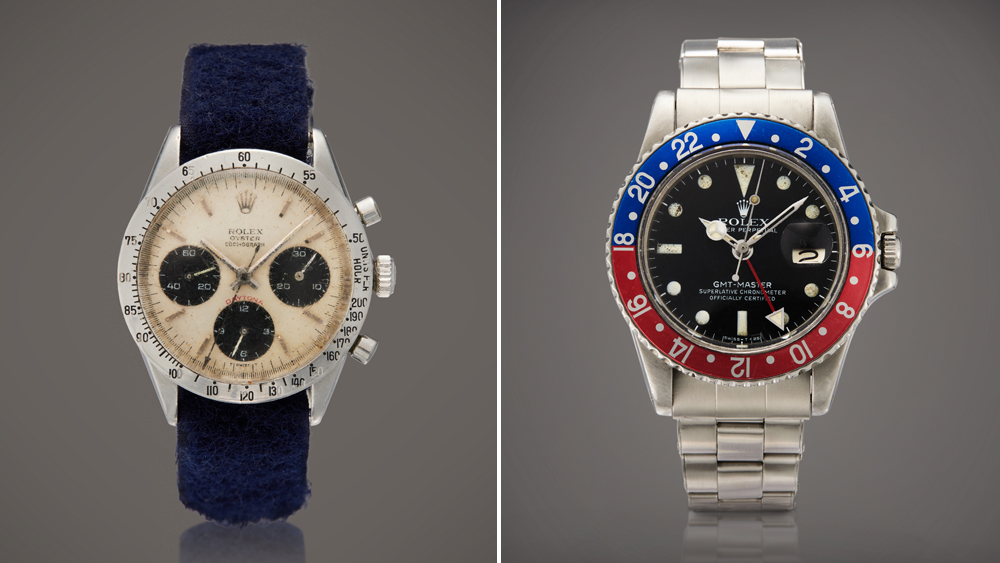 Sometimes it pays to have famous friends.

Later this year, Sotheby’s is going to sell three vintage Rolexes from the personal collection of legendary Hollywood stuntman, Stan Barrett. While that alone is reason to be excited, two of the timepieces were gifted to the daredevil by his good friend, Paul Newman.

Newman and Barrett formed a deep connection during the 40 years they knew one another. Having spent a lot of time together on set, the two pals learned that they shared a love of cars, racing and adventure. It’s because of this that Newman gave Barrett two Rolexes—a GMT-Master “Pepsi” and a stainless-steel Daytona Ref. 6262 quite similar to his own—before the stuntman attempted to become the first person to break the sound barrier on land in the Budweiser Rocket Car.

Barrett appears to have been touched by the gesture and was wearing both watches on his left wrist when he was clocked going 739.66 mph in the vehicle on Dec. 19, 1979. To celebrate his friend’s achievement, Newman had the GMT’s caseback engraved with the inscription, “Stan Barrett 739 MPH Mach 1.0206 12-17-79.”

Because of their provenance, the watches are expected to fetch a pretty hefty sum at auction. Sotheby’s has placed a $50,000 to $100,000 estimate on the “Pepsi,” while the Daytona could fetch anywhere from $300,000 to $500,000. Collectors love a Newman-related timepiece, so don’t be surprised if both gavel prices come out on the higher end.

This third member of the trio may lack the star power of the other two, but it’s no slouch. Also heading to the block is a yellow gold GMT Ref. 1675, that was given to Barrett by Anheuser-Busch CEO August Busch, who’s company sponsored Barrret’s record attempt. It’s case back is engraved with the message “Stan Barrett – Driver – Budweiser Rocket Car 739.66 MPH December 17 1979.” It’s expected to sell for between $50,000 and $100,000.

Barrett’s watches will got up for auction on Dec. 9 as part of Sotheby’s upcoming Important Watches sale in New York. You’ll get a chance to see the timepieces in person before then, though. They’ll be on display at Monterey Car Week from Aug. 17 to the 20, before making stops in Dubai, Hong Kong and Los Angeles.