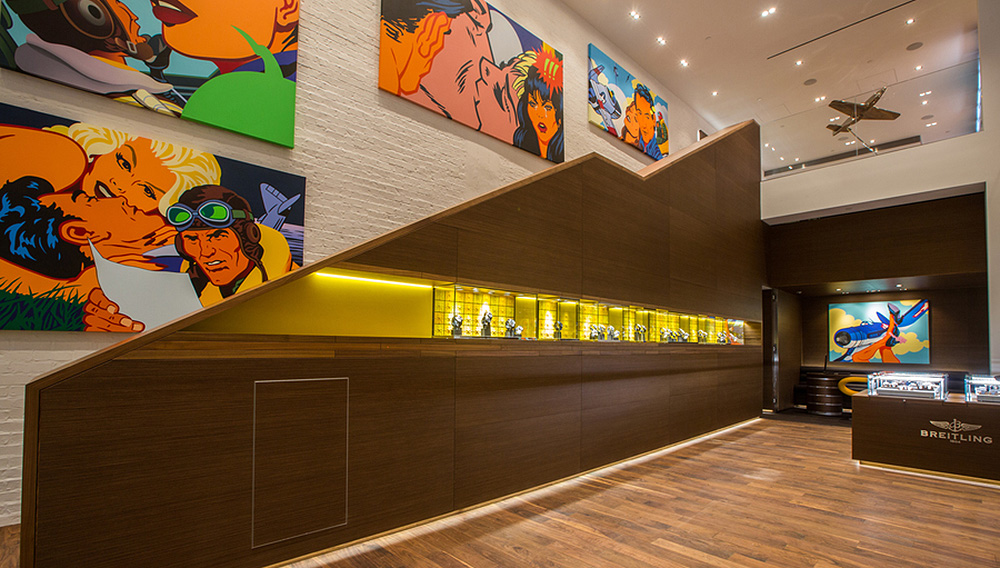 Breitling opened its New York flagship boutique on May 19 with a star-studded celebration attended by a long list of ambassadors, including Wayne Gretzky, Boomer Esiason, Morgan Hoffmann, Scott and Mark Kelly, and John Travolta.

At the opening, several of the brand’s devotees took to the stage to share their own experiences as Breitling customers.

Hollywood star John Travolta, an accomplished pilot and a longtime Breitling fan, spoke of how, to him, Breitling is the quintessential watch for aviators. He then introduced twin-brother astronauts Scott and Mark Kelly, both of whom have worn the firm’s watches on missions to space.

Scott, who recently returned from a year aboard the International Space Station—making him the world-record holder for the most time spent in space—shared his own tale of Breitling’s consummate customer service.

When friend and Russian cosmonaut Sergey Volkov damaged the bracelet of his own Breitling aboard the space station, Scott contacted his brother Mark. Subsequently, Mark arranged with Breitling USA president Thierry Prissert to include a bracelet repair kit and the requisite watchmaking tools in the next shipment launched up to the space station.

Together, Volkov and Kelly painstakingly repaired the bracelet, tiny screws and all, in the zero-gravity environment of the space station, using a strip of duct tape to prevent the parts from floating away and becoming lost.

“How’s that for customer service?” Scott asked the crowd.

The new boutique is located at the intersection of Madison Avenue and 57th Street in New York City. (breitling.com)