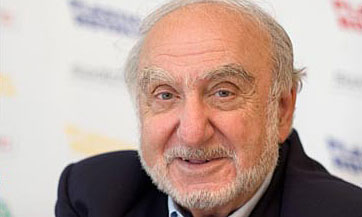 The Swiss watch industry lost its most significant and dynamic figure of the modern era with the passing of Nicholas G. Hayek on June 28 in Biel, Switzerland, at the age of 82. As the Swatch Group founder and chairman, Hayek played an instrumental role in saving the Swiss industry during the 1980s by consolidating much of the industrial base, which was facing insolvency or purchase by rising Japanese companies. Using his new manufacturing capabilities, Hayek largely created the Swatch phenomenon of the 1980s and deftly parlayed its success into a watchmaking empire.

By 2000, the Swatch Group controlled many of the industry’s most storied names such as Omega, Tissot, and Longines as well as respected collectors’ brands such as Breguet, Blancpain, Jaquet Droz, and Glashutte Original. Hayek’s control of Swiss movement and component manufacturing gave his decisions an impact far beyond the companies under his immediate control. But while many manufacturers may have disagreed with Hayek’s policies, they all benefitted from a vibrant Swiss watch industry, which will be his ultimate legacy. Hayek’s son, Nick, has been CEO of Swatch Group since 2003.