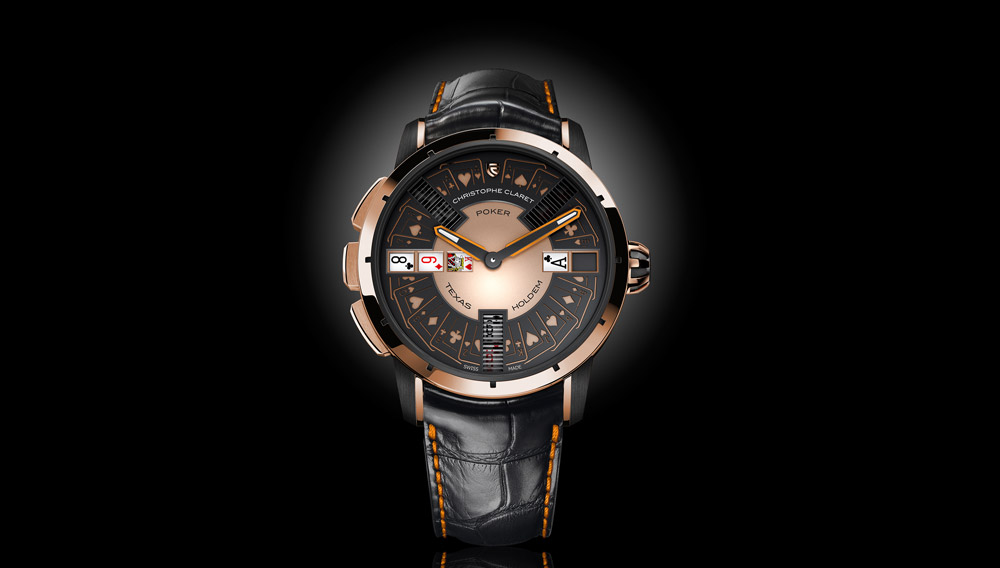 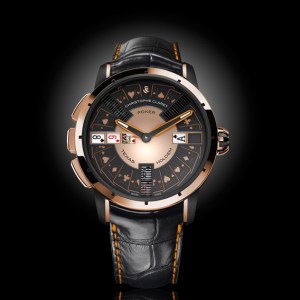 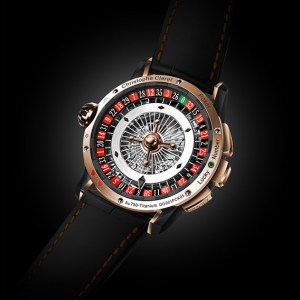 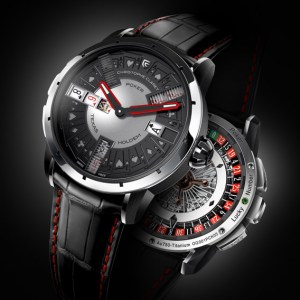 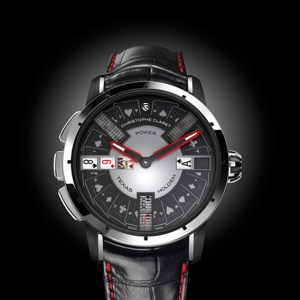 For decades, the boutique manufacturer Christophe Claret has produced movements for some of Switzerland’s most prominent watch brands. In 2009, the company stepped out from behind the curtain and into the spotlight with a series of highly complex watches released under its own brand name. The latest of these timepieces is the Christophe Claret Poker, a completely mechanical wristwatch that lets wearers actually play three-player Texas Hold’em poker on the watch itself—and it is one of the watchmaker’s most complicated timepieces to date.

Though the debut of the Poker watch follows those of the 21 Blackjack and Baccara (French for “baccarat”) watches in Claret’s series of casino-game watches, it was actually intended to be the first release in the line. However, the problem of re-creating such a complex game was so confounding that no technical solution could be found at the time. Now, three years after the watch’s initial prototype was built, its mechanisms have been refined enough to replicate a genuine game of Texas Hold’em.

Play begins with the press of a pusher located at 9 o’clock, which sets in motion four concentric spinning disks printed with playing-card faces. Together, these disks are able to represent each of the 32,768 different card combinations that a player can be dealt. A system of dampers stops the disks at random, and each of the three players can see what hand he or she has been dealt through a slatted aperture that blocks the opponents’ view. The pusher at 10 o’clock is then employed to reveal the flop, and the pusher at 8 o’clock is used to uncover, in sequence, the turn and river cards.

Like its 21 Blackjack and Bacarra forebears, the back of the Poker’s case is equipped with a functional roulette game. A shake or two of the watch starts the wheel rotating, and when it comes to rest, an arrow indicates the winning number. Another fun touch is found on the watch’s sapphire crystal, which, when breathed upon, reveals the image of a pinup model in the condensation. The Christophe Claret Poker watch is available in four different case styles that range in price from $180,000 to $194,000; each case style is limited to just 20 examples. (www.christopheclaret.com)