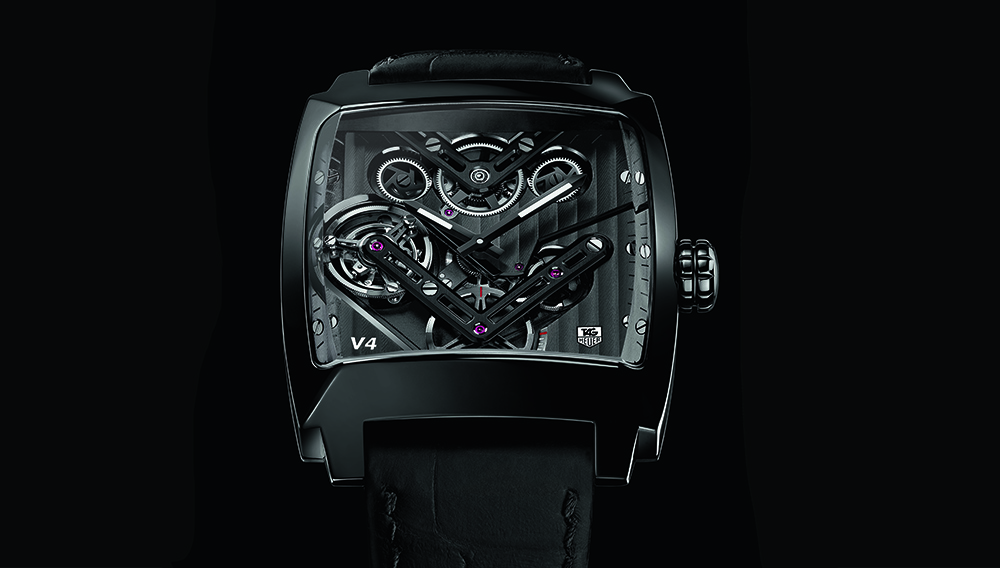 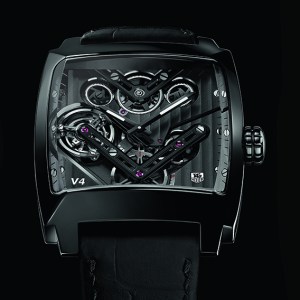 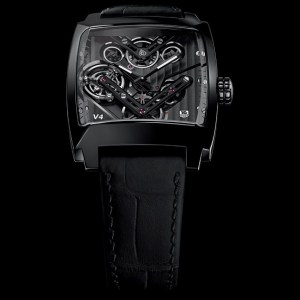 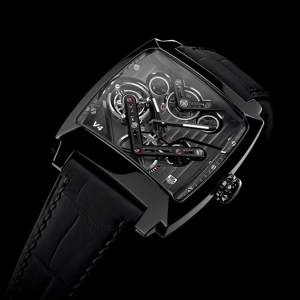 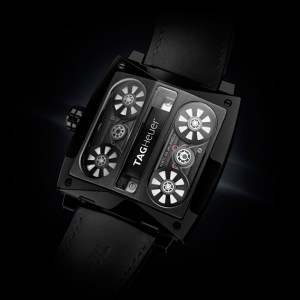 A decade ago at the Baselworld watch and jewelry show, TAG Heuer introduced the Monaco V4, a radical watch concept that employed a system of belts rather than gears to drive its power train. After five years of tinkering with the prototype, a commercial version was finally introduced to market in 2009. Now, in celebration of the line’s 10th anniversary, TAG Heuer has released the special-edition Monaco V4 Tourbillon.

The most revolutionary feature of the Monaco V4 line, and one of the prime contributors to its lengthy development time, is its innovative belt-driven power train. A tribute to the company’s long association with Formula 1 racing—TAG Heuer has been the official timekeeper for McLaren’s F/1 team since 1985—the system is meant to recall the belts found on the engine of a racecar. Creating these belts proved to be a challenge, as they were required to be both incredibly thin (no thicker than a human hair) and extremely resilient. Eventually, the manufacture settled on a laser-cut polymer that was able to withstand the stresses the system placed upon it. The new Monaco V4 Tourbillon further enhances this mechanism by adding a tourbillon that is also driven by the belt system, resulting in much smoother rotation of the tourbillon cage.

Like previous versions of the watch, the Monaco V4 Tourbillon is powered by four barrels that rest upon a V-shaped main plate, a configuration that is meant to recall the cylinders in a car’s engine. Rather than using a traditional rotor to rewind its barrels, the watch is equipped with a linear sliding weight that rests upon a bed of the world’s smallest ball bearings. The natural movement of the arm shifts the weight back and forth, and this energy is captured and then transferred to the barrels.

The TAG Heuer Monaco V4 Tourbillon will be available by special order only, with deliveries beginning in September, and is priced at $165,000. (www.tagheuer.com)