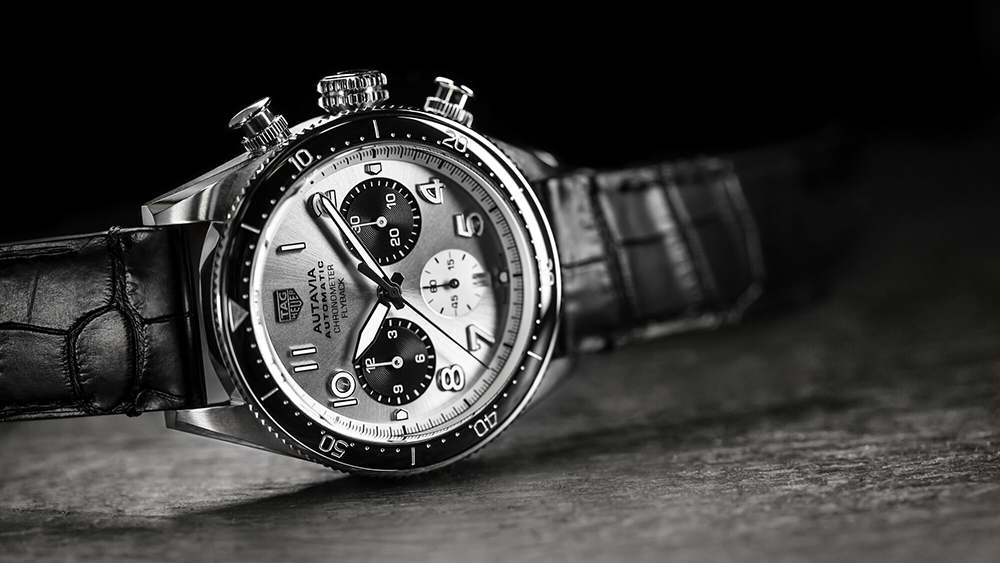 Tag Heuer’s Autavia collection may be the oldest in its arsenal but it also offers the watchmaker’s highest performing timepieces. Just in time for the series’s 60th birthday, you’ll be able to shop a nostalgic range of exclusives within its lineup.

Two of the limited-edition timepieces bring the flyback function to the collection for the first time using the watchmaker’s newly developed Calibre Heuer 02 COSC Flyback movement. Meanwhile, the third exclusive release includes the Calibre 7 COSC GMT movement which powers a brand-new three-hand GMT—another first for the series. The two 42mm flyback models are made to stand out with bold chronograph pushers and extra-large crowns, while the star of the GMT (also 42 mm) is its radiant blue sunray-brushed dial and contrasting orange second-timezone hand.

Key signifiers of the Autavia series DNA, such as bidirectional rotating bezels, are used for all three models, as well as Super-Luminova coating for hour markers and hands. However, one of the chronographs (Ref. CBE511B) features a silver dial and polished stainless-steel case as a nod to special panda dials that were produced for the Autavia models in the 1960s.

The alternative model (Ref. CBE511C) is fashioned after Tag Heuer’s military pieces—with a stark black dial and a DLC-coated case. The Calibre Heuer 02 COSC Flyback in both models offers an 80-hour power reserve and allows you to reset the chronograph hand and start a new lap without having to stop it first.

The third watch (Ref. WBE511A) is the only GMT model of its kind in the series, with its Calibre 7 COSC GMT movement allowing you to set ab additional time zone manually. The dial is surrounded by a two-toned, blue-and-black ceramic bezel that sits on top of a polished stainless-steel case, while under the hood the watch has a 50-hour power reserve. It’s the only one of the three that comes with a stainless-steel bracelet. Both chronograph models come with black alligator leather straps that match their darker details.

Before the Autavia name was chosen for wristwatches, it was initially used for dashboard timers for cars and aircrafts back in 1933. Jack Heuer, the great-grandson of the brand’s founder, officially transformed the Autavia into a chronograph wristwatch in 1962. Today, the Autavia collection includes up to 10 unique references in total.

All three limited-edition Autavia models are now available for prices between $4,200 and $6,950. Visit the Tag Heuer website for more information.