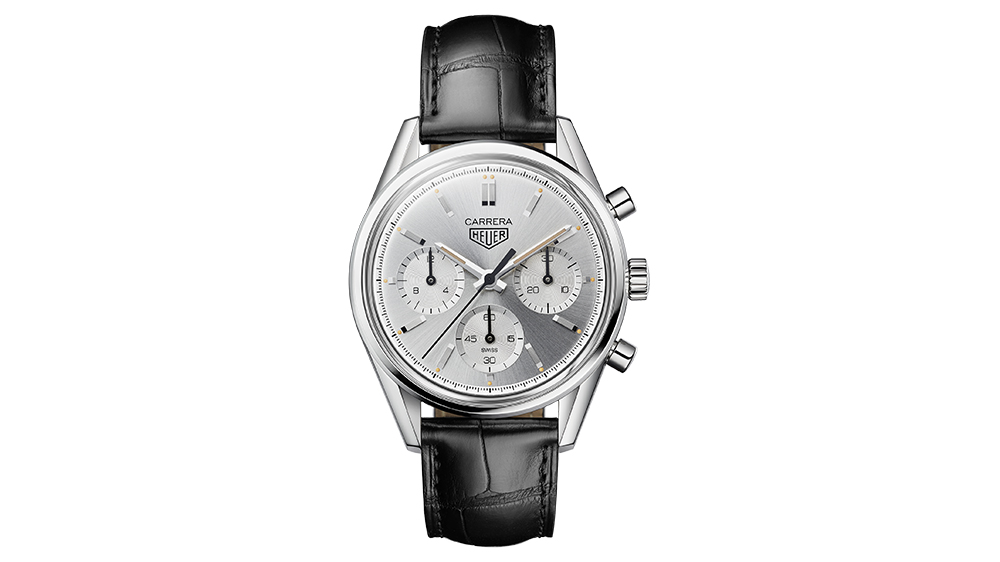 TAG Heuer is going all out for its 160th birthday. The brand, no stranger to celebrating anniversaries with exclusive watches, will release a limited-edition version of one of its most iconic watches, the Carrera, to commemorate its founding in 1860 by Edouard Heuer.

Dubbed the Carrera 160 Years Silver Limited Edition, the special timepiece is inspired by the original Carrera racing-style chronograph, the 2447S, the brand announced in a press release on Wednesday. But while the two watches look nearly identical to one another, the brand’s latest limited timepiece has some distinctly modern innards.

The newer stainless-steel watch features the same elegant monochrome silver-colored dial, polished case, pushers, and three azurage counters as its forbearer, along with the brand’s old, (TAG-less) Heuer badge. But anyone who’s actually had the privilege of holding the original timepiece will likely sense two subtle differences—the new watch has a slightly different shape, and at 39 mm, it is 3 mm larger than the 2447S.

While plenty of watch collectors would have been pleased with a straight replica of the first Carerra, TAG Heuer has created a watch that’s decidedly 21st century. The major difference—and it’s a big one—is that the Vljoux 72 movement has been replaced with the brand’s new, entirely Swiss-made Heuer 02. Comprised of 168 components, including a column wheel and a vertical clutch, the ultra-thin movement has an 80-hour power reserve (30 more than the Heuer 01) and improved accuracy, precision and stability.

The new movement means the permanent second indicator is now located at 6 o’clock instead of 9 o’clock. The redesigned oscillating weight is another point of difference. Visible through the sapphire crystal case back, it’s adorned with a lacquer-filled engraving that denotes the watch as an anniversary edition.

Featuring a black alligator strap and special packaging, the TAG Heuer Carrera 160 Years Silver Limited Edition is limited to 1860 pieces, in honor of the year the brand was founded. The watch, which is priced at $6,450, will be available this June