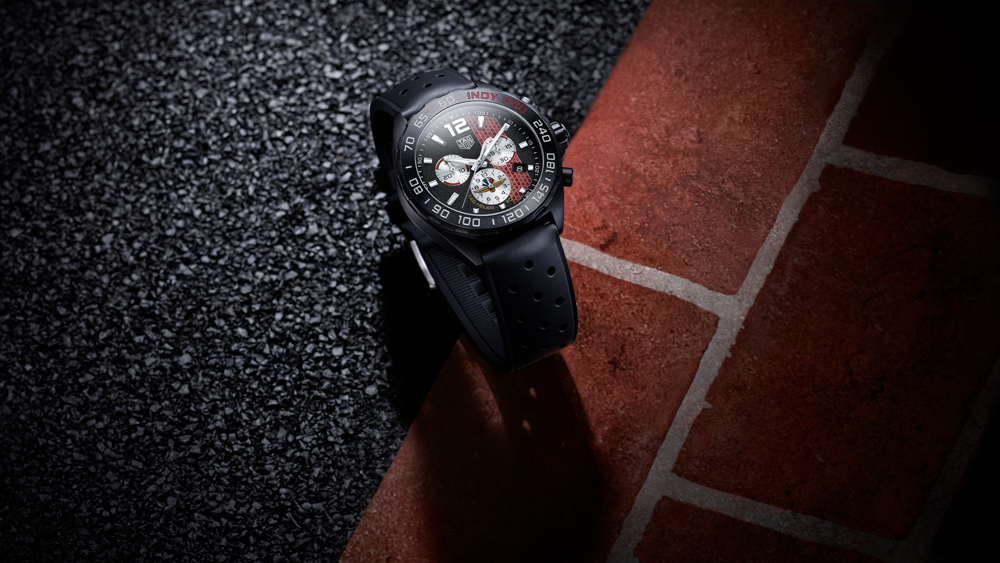 Come August 23, the 104th running of the Indianapolis 500, aka “The Greatest Spectacle in Racing,” will take place at the Indianapolis Motor Speedway in conditions only slightly altered by the pandemic: The race is happening three months after its originally scheduled date of May 24, and the audience will be limited to 50 percent capacity.

Otherwise, the fanfare continues as per usual, with Tag Heuer, the official timekeeper of the NTT Indycar Series for the past 16 years, introducing a timepiece to honor the occasion. The Formula 1 Indy 500 2020 Special Edition chronograph is a quartz-powered model with a dial guaranteed to make Indy fans swoon.

The face of the watch features a brick motif that evokes “The Brickyard,” the nickname of the historic racetrack, whose original rock and tar surface was repaved with 3.2 million 10-pound bricks in 1909. By 1961, the entire track was covered in asphalt, save for a 36-inch strip of the original bricks that remains exposed at the start/finish line. To this day, winning drivers keep up with tradition by kneeling and “kissing the bricks.”