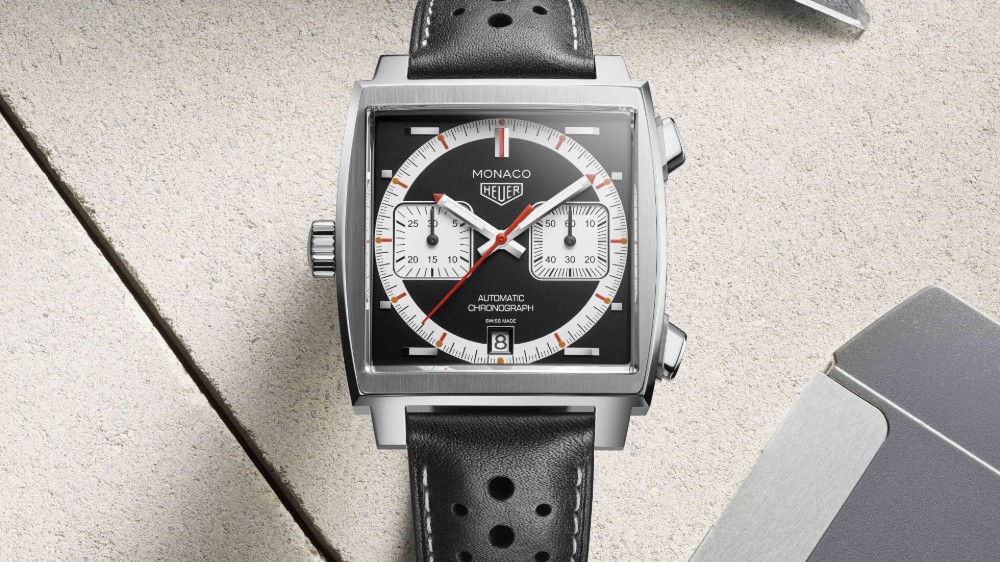 Inspired by the first decade of the millennium, the latest special edition Monaco was unveiled during a special ceremony in Japan, reports Forbes. According to the magazine, the country was a perfect location for the launch since it and the 39mm timepiece share a common aesthetic sensibility, one that combines the modern and traditional.

The fourth “Monaco Through Time” watch sports a classic black and white face, with eye-catching red and orange accents: indexes, second hand, and the tips of the hour and minute hands. Making the face even more striking are its opaline seconds sub-dial and chronograph minutes counter. Housing a modern version of the classic automatic winding chronograph movement, the Caliber 11, the watch also features two pushers on the right and its crown on the left, just as the Monaco has since it first debuted in 1969. Meanwhile, the stainless steel watch case has the “Monaco Heuer” logo and “1999-2009 Special Edition” engraved on the back. The watch also features a perforated black calfskin strap with white stitching.

Released at the tail end of the ‘60s, before Heuer had merged with TAG (hence the case engraving), the square-shaped Monaco is believed to be the first automatic chronograph. The watch was an immediate hit, winning over the “King of Cool” himself, Steve McQueen, who wore the watch in the 1971 film Le Mans. Since the beginning of this year, Tag Heuer has released three other limited edition versions of the watch—“1969-1979” was unveiled at Monaco Formula 1 Grand Prix in May, “1979-1989” before Le Mans in June and “1989-1999” in New York in July prior to the Formula E Championship—with a fifth on the way soon.

Like the other timepieces in the “Monaco Through Time” series, the Monaco 1999-2009 Limited Edition is limited to just 169 examples. Selling for $6,995, it’s currently available online and in stores.