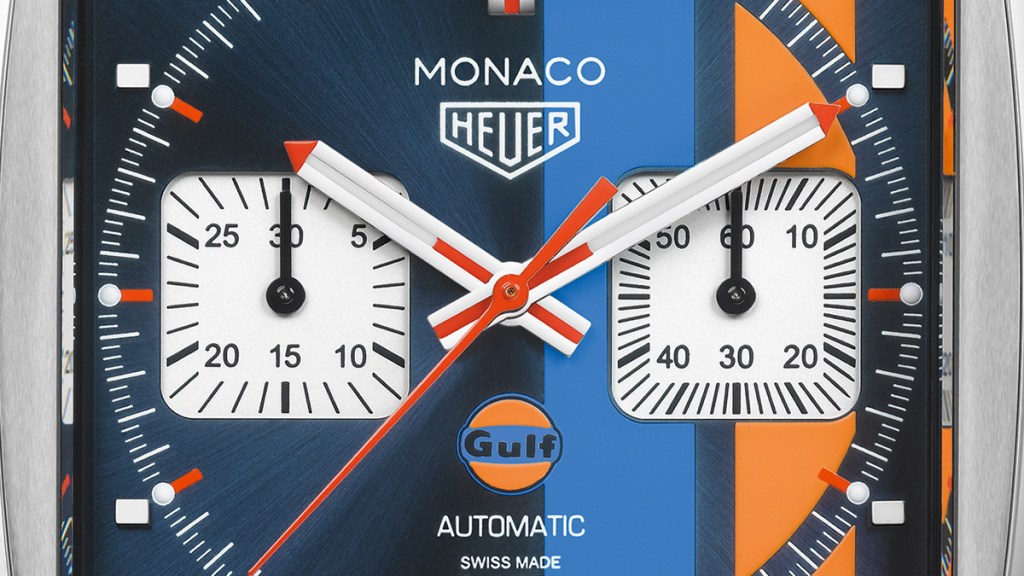 Never one to disengage from the world of motorsport, TAG Heuer has added a new motorsport-themed Monaco to its repertoire, and it’s headed for presale on September 15. The new TAG Heuer Monaco Gulf Racing ($5,900) celebrates the decades of racing success of Gulf’s campaigns throughout its 50-year history.

This is not the first time Heuer has unveiled a Gulf special edition, though the pairing is a logical one. The Heuer Monaco itself became synonymous with Steve McQueen’s racing obsession ages ago, and McQueen’s character in the classic film Le Mans even raced a Porsche 917 in Gulf Racing livery. 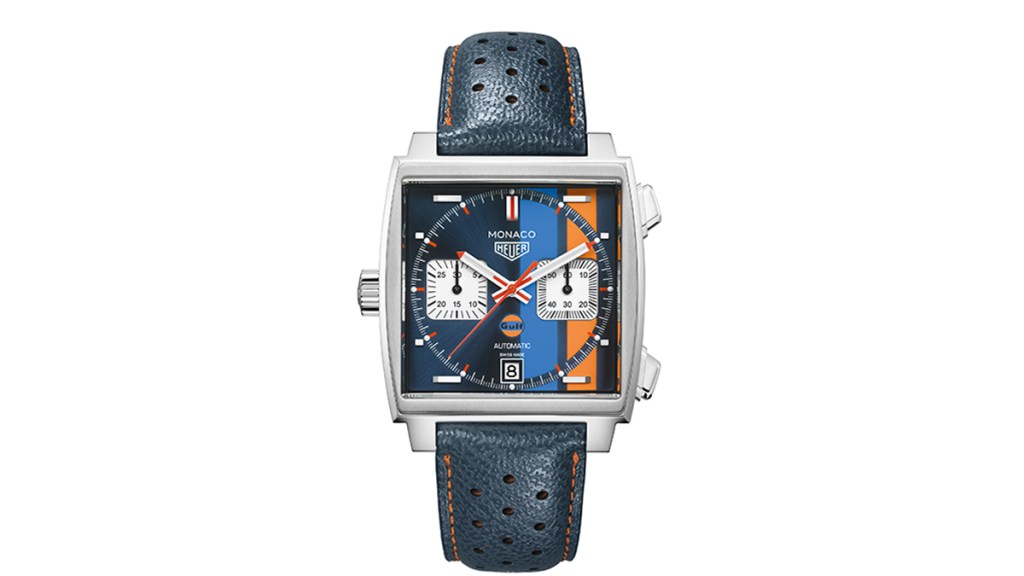 As with other Monaco variants, the Gulf Racing special edition is powered by Heuer’s self-winding Calibre 11 chronograph with a 40-hour power reserve. Measuring 39 mm across, TAG Heuer continues to stick with proportions that remain true to the original versions of the piece. Though presale begins on September 15, the piece will be on display for the first time on October 13 and 14 in New York at the annual Watch Time New York watch show.