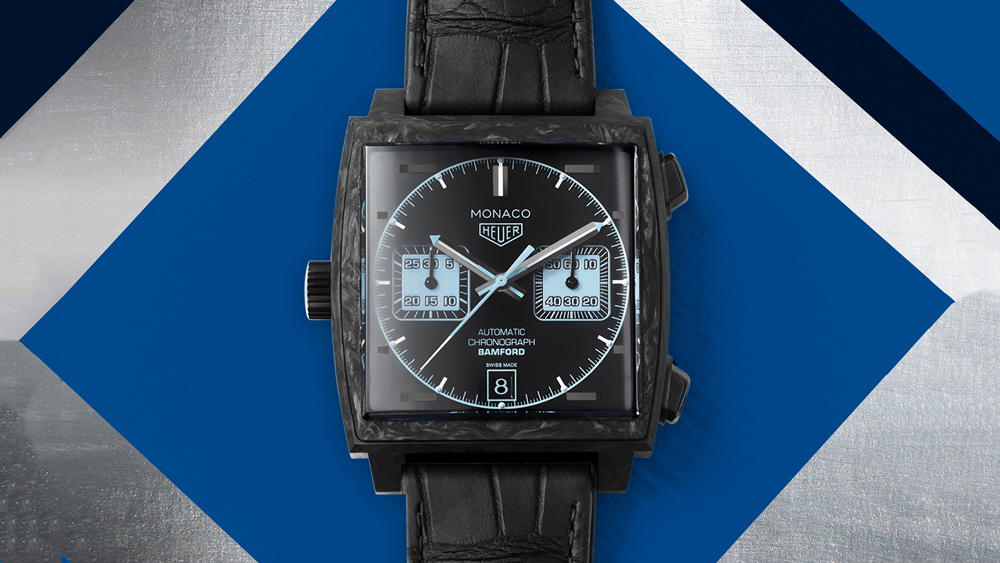 London-based George Bamford of Bamford Watch Department has long been a nemesis to the watch industry for his unauthorized customizations of luxury watches from Rolex to Audemars Piguet. Bamford’s ultramodern aesthetic typically involves giving an all-black treatment to well-known watch models from luxury brands (however, customizations run the gamut at the request of the client). The company buys the timepieces from the brands or vintage retailers, gives them the Bamford treatment, and then resells them—often to the chagrin of the watch manufacturers and the delight of its increasing clientele base. Now, recognizing the popularity of customization and the Bamford style, some of the biggest watch-industry brands have decided to join forces with the company. Last year, LVMH-owned Zenith, Bulgari, and Tag Heuer decided to embrace Bamford and make the reimagining of their timepieces part of an official collaboration—which, of course, also meant reaping some of the benefits of the sale. Zenith led the pack in June of last year with the debut of its Bamford-customized editions of the Zenith Chronometro TIPO CP 2 and the Zenith Heritage Pilot Type 20 Chronograph Ton-Up. The latest Bamford watch collaboration, the new black carbon-cased Tag Heuer Monaco with aqua-blue chronograph counters, was unveiled last month at Baselworld, Switzerland’s largest watch fair, and is limited to just 500 pieces.

The new timepiece, which reimagines the Swiss watchmaker’s iconic “McQueen” Monaco watch, is the first-ever Bamford Watch Department–designed timepiece for Tag Heuer. Last year, Tag Heuer offered its Monaco timepiece, and other models, to be customized by clients in partnership with Bamford. The new timepiece, however, is not just a customized timepiece; rather, it’s a distinct Monaco model created by Bamford in collaboration with the Swiss watchmaker. The Tag Heuer Monaco Bamford is based on the Calibre 11 Monaco, worn by Steve McQueen in the famed car-racing film Le Mans. It features the same square 39 mm case and chronograph dial layout as the original but updates it with Bamford’s signature black dial along with an extremely lightweight and resistant carbon case. The chronograph counters, date window, and indices—as well as the hour hands and seconds—are accented with a striking aqua blue color. The dial and caseback are engraved with “Monaco Bamford,” and the strap comes in black alligator.