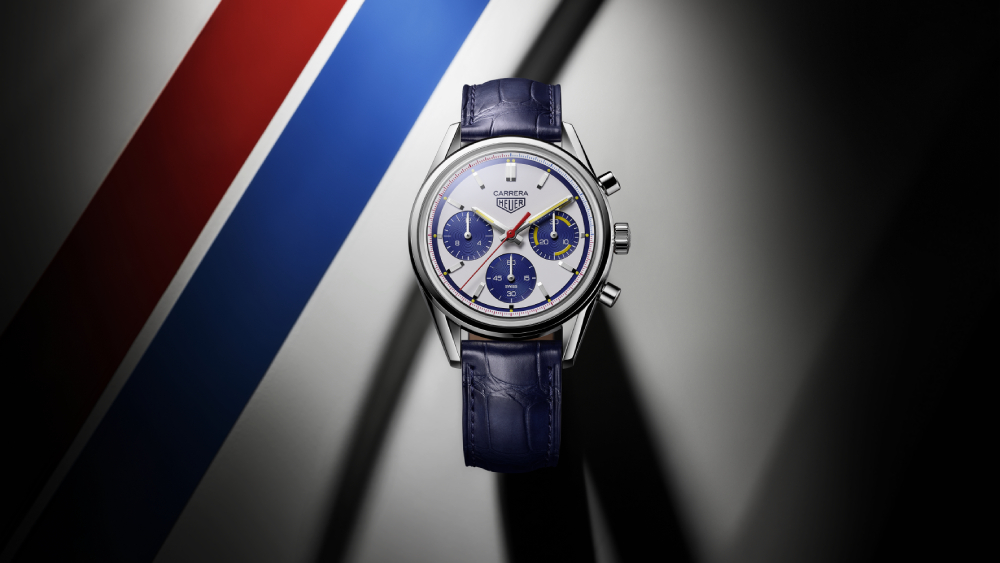 Venerated Swiss watchmaker TAG Heuer is turning 160 this year and, like with any big anniversary, it wants to commemorate the occasion. To mark it, it’s releasing a line of limited-edition watches, and it just unveiled the second in this series. It’s called the Montreal, and it’s based on an archival design.

An automatic chronograph originally launched in 1972, the Montreal represents one of only a handful of re-editions ever produced by the firm. Of the two anniversary watches TAG Heuer has released thus far, it has the most technical advancements aside from its strong aesthetic.

“The Heritage Department selected the white Montreal design to mark TAG Heuer’s anniversary year because the piece is pure beauty and the colorful dial is full of joy,” said Catherine Eberle-Devaux, TAG Heuer’s Heritage Director, in a statement. “We played with the existing design codes and brought them to life in a bold new way, merging them with the Carrera spirit and breaking the rules in true TAG Heuer fashion.”

A closer look at the Montreal’s intricate, colorful face.  Courtesy of TAG Heuer

The stainless steel case measures 39mm which surrounds a colorful face. The opaline dial features blue “azurage” counters and yellow Super-LumiNova accents underneath a domed sapphire crystal. Its power reserve is significantly increased from the original model with the impressive addition of 30 hours bringing the total to 80 hours of juice in the tank. The thinner internal movement allowed the brand to make the case that much slimmer to both look more contemporary and achieve more comfort for the wearer.

And the improvements don’t stop there. The manufacturer implemented a vertical clutch which improves the precision of the start-and-stop functions and the running of the chronograph second hand. Likewise, a column wheel provides more accurate and precise functionality, something aided by a frequency of 4 Hz. And all of it attached to the wrist via a blue alligator strap.

The TAG Heuer Carrera 160 Years Montreal Limited Edition, which will go for $6,750, will be available exclusively in TAG Heuer boutiques and online at the company’s website.