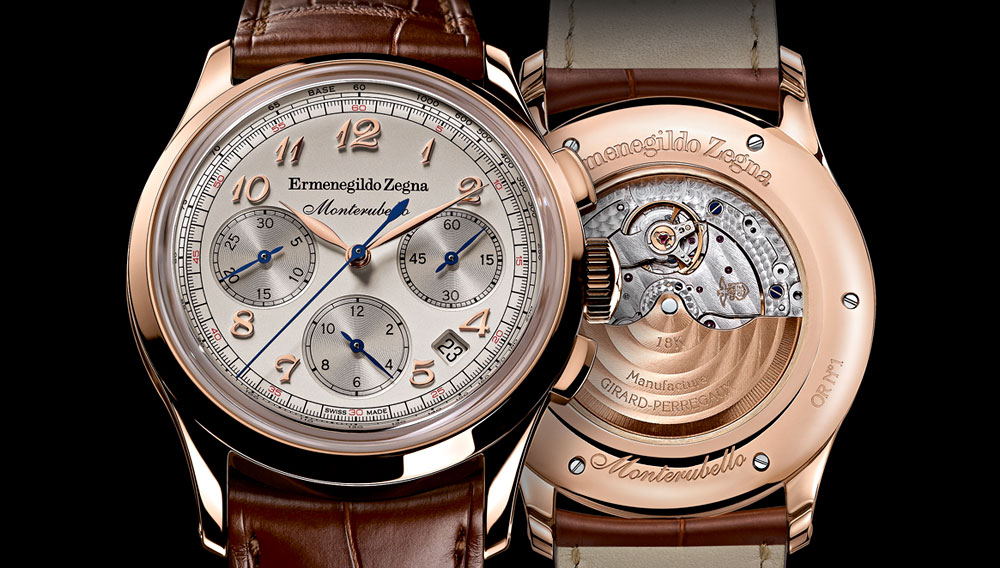 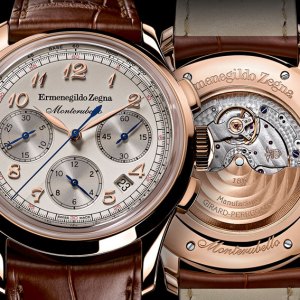 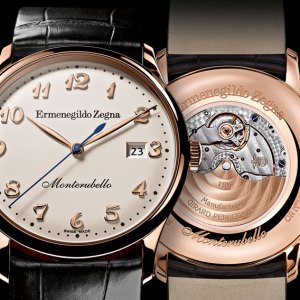 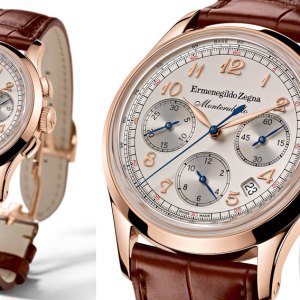 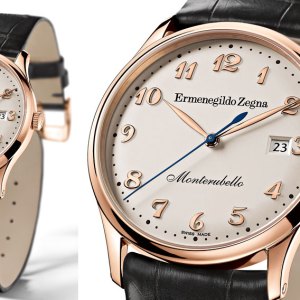 After teaming up last year to celebrate Ermenegildo Zegna’s centennial, the Italian fashion house has paired yet again with acclaimed Swiss watchmaker Girard-Perregaux, this time to release the new Monterubello Collection. Named after the founder Ermenegildo Zegna, who was designated Conte di Monterubello, the collection includes two new timepieces: the Solo Tempo, available in 18-karat white gold ($16,000) or rose gold ($14,800); and the 18-karat rose gold chronograph ($28,300), with timekeeping and stopwatch functions. Both styles have a 40 mm case on alligator straps with ’40s-era retro elements, recognizing the decade Ermenegildo Zegna was decreed a count. Girard-Perregaux also drew inspiration from a 19th-century pocket watch that belonged to the count’s father, Michelangelo Zegna, who was a horologist by trade. The watches will be available in select Ermenegildo Zegna stores internationally in mid-October. (www.zegna.com)