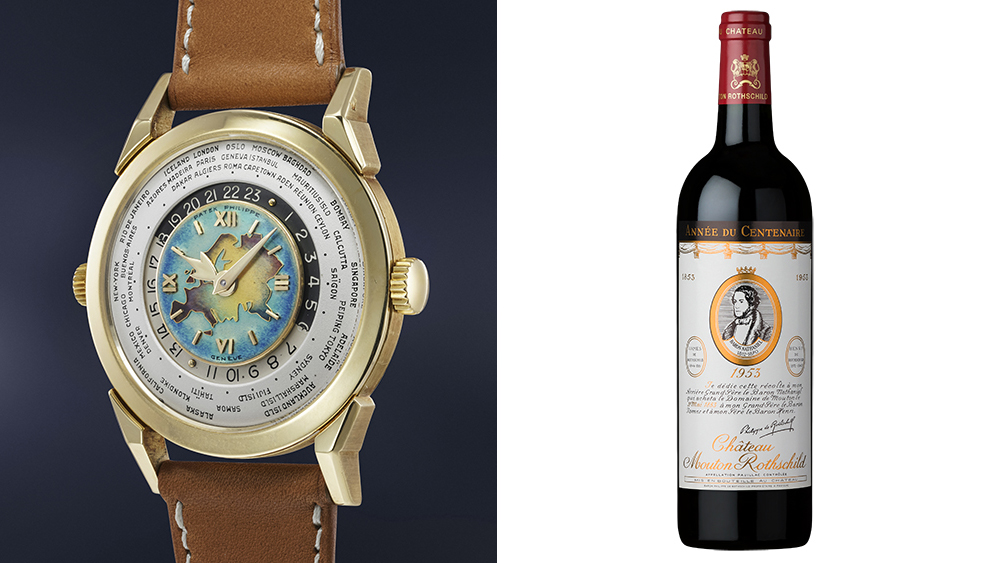 Some things—skinny ties from the 1960s not included—really do get better with age. That’s especially true for wine, of course, but other luxury objets take to the maturation process with equal enthusiasm, as long as they’re well-made and well-preserved. A 1953 Patek Philippe Ref. 2523, for instance, sprung out of a private collector’s vault and fetched $7.7 million at Phillips in May. It was made in the same year as another coveted item: Château Mouton Rothschild’s centenary bottle, one of which sold for $2,000 at auction last October. So which of these two has aged more gracefully—and which is starting to show a few gray hairs?