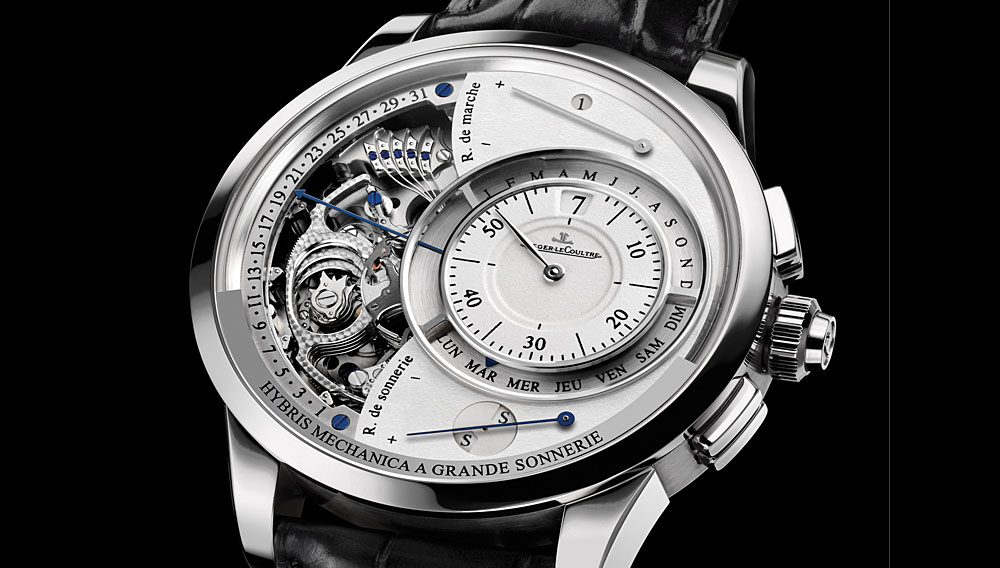 Jaeger-LeCoultre has recently built what is unquestionably the most technically sophisticated musical watch in the world. But there is a catch: One cannot buy the watch on its own. The Jaeger-LeCoultre Hybris Mechanica Grande Sonnerie (800.552.8463, www.jaegerlecoultre.com) is sold with the company’s other two most complicated watches, the Gyrotourbillon and Reverso a Triptyque, as a roughly $2.5 million set of three. However, this fact should by no means diminish one’s appreciation of the engineering achievement inherent in the Grande Sonnerie.

The 1,300-part timepiece rings as a minute repeater and as petite and grande sonneries with Westminster chime. The company has even added extra notes to this familiar cathedral-like peal. Hardened students of mechanics will appreciate the way designer David Candaux has organized the transmission of energy and memory of the time set for the musical functions through imaginative new assemblies, such as the stack of 18 cams that the company has informally dubbed the “infernal tower.” Other features, such as articulated hammers and new gong shapes, represent solid advances in the centuries-old art of making musical watches that Jaeger-LeCoultre’s competitors will likely try to emulate.