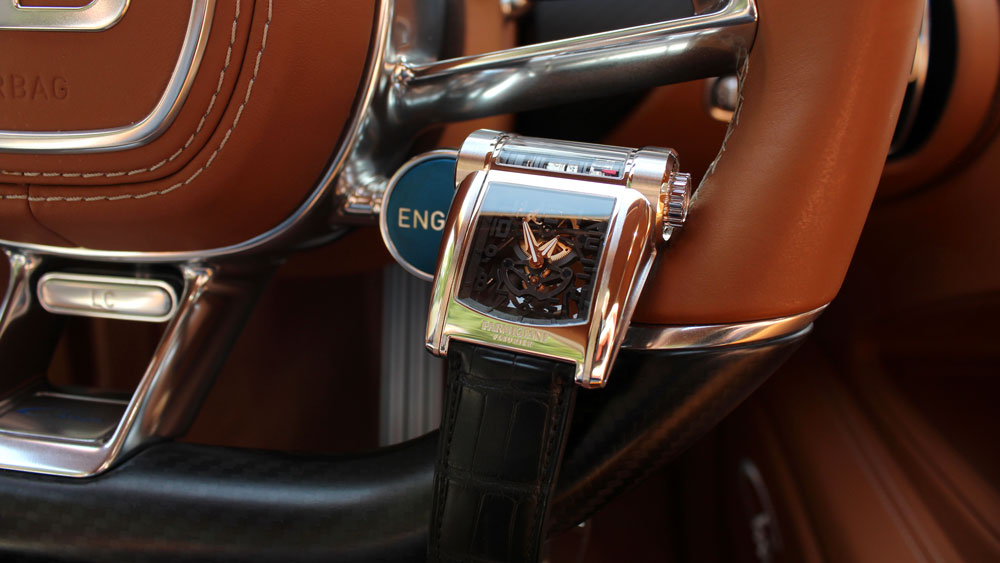 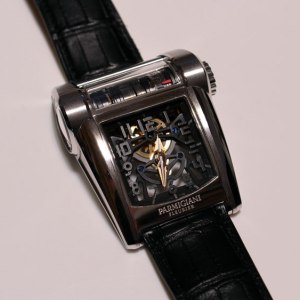 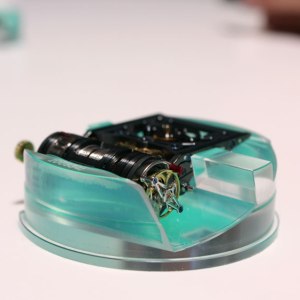 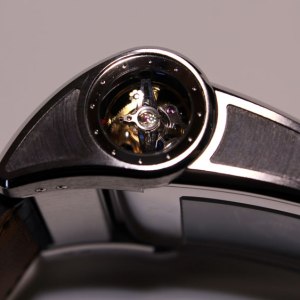 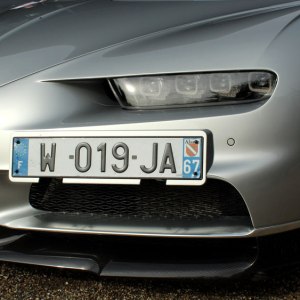 Now 13 years into their ongoing partnership, Parmigiani has unveiled its latest creation for Bugatti: the Type 390. Built of—you guessed it—390 components, the new watch features a series of firsts from the brand. Not only is this the first time a tourbillon was used in a watch for the Bugatti series, but it is also the first time Parmigiani Fleurier has created a coaxial caliber.

The Type 390 features a streamlined asymmetrical case with an upper portion that can articulate by 12 degrees to improve on-wrist comfort. The caliber itself—also an all-new creation—is modular in nature and features a worm gear that assists in transferring power to the time indication of the piece. From its planetary gear train to its dual-barrel “fuel tank”—series-coupled mainspring barrels with an 80-hour power reserve—the new piece is packed with automotive-inspired DNA straight from the Chiron.

During a presentation early this morning at the Bugatti factory in France, Michel Parmigiani was quick to note the appeal of this modular caliber, both in terms of serviceability as well as in the brand’s capability to expand the model line with a variety of complications. Some of you may remember the Type 390 Prototype the brand launched a little while back. Since then, the case has been significantly refined for the production version.

This initial presentation will be offered in white and rose gold ($295,000), though Parmigiani has stated that other case offerings will be coming in the new year. Further to this, the brand is also hearing the call for customization that has been echoing through the marketplace. According to chief commercial officer Steven Amstutz, customized versions of the Type 390 will eventually be offered. “We are just in the midst of finalizing our processes and our standards for customized offerings, but it is something we’re eager to begin offering to our customers, hopefully by early 2018.”