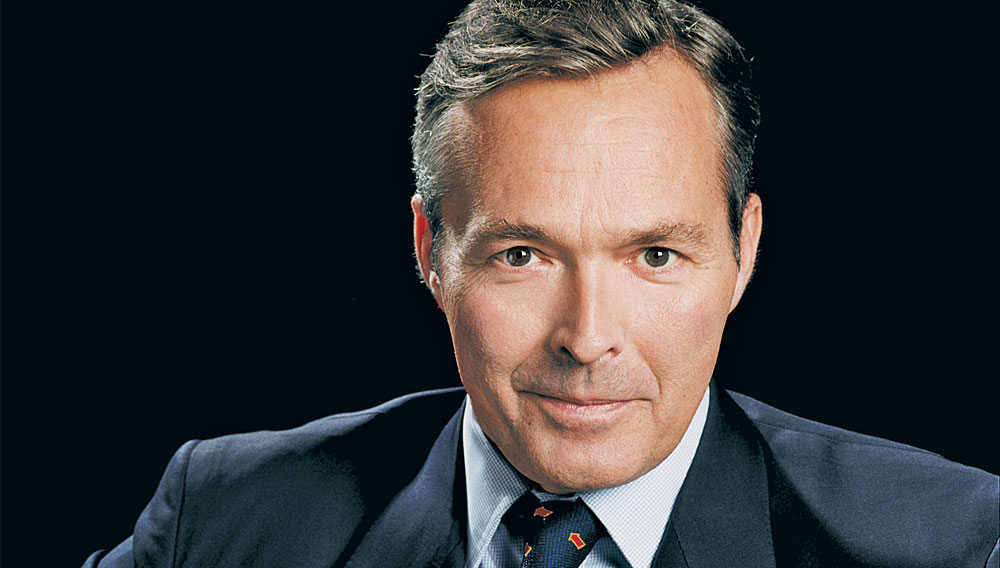 Karl-Friedrich Scheufele’s reserved yet genial character stands in stark contrast to many of the flamboyant women’s watches and pieces of jewelry that have become Chopard’s hallmarks. It is therefore not surprising that, while his sister Caroline has overseen the creation of the company’s more glamorous designs, Karl-Friedrich has quietly transformed the company’s men’s-watchmaking operation into one of the most respected manufactures in Switzerland. Watches, however, are merely one of his passions. An avid automobile aficionado and oenophile, he appears regularly at vintage car rallies, such as the Mille Miglia, and participates in a retail enterprise called Le Caveau de Bacchus that specializes in fine wines. These extracurricular interests sometimes influence his horologic efforts. “We are coming out with no less than four new movements this year,” he says with obvious relish, “as well as a watch we have produced for Alfa Romeo’s 100th anniversary.”

Jewelry and watches are a family business for you. How did you become interested in cars?

The first vintage car I ever bought was a Porsche full of rust holes. Since then, I have become a little bit smarter about what I buy, but I’ve always been very attached to that car. After that, I discovered prewar cars and became interested in a prewar Aston Martin, which I ended up exchanging for a rarer model called an Ulster. This car was one of 21, and very similar to a car that used to race in Le Mans. After that, I bought a prewar Bentley and another Aston Martin DB-5.

How do you select which cars to drive in the Mille Miglia?

We have been doing the Mille Miglia now since 1988. Sometimes we do the race in one of our cars. We have a gullwing Mercedes that my father prefers to use. I like to do it in an open car, so I’ve done it in the Aston Martin and the Bentley, but also with a Porsche Spyder from the Porsche museum.

How did you become involved with wine appreciation?

It has been more than 10 years since I established the wine business—actually three stores—in Geneva, Lausanne, and Gstaad. It started off as a personal pleasure, but then became a passion for collecting wine perhaps 15 years ago. In tasting, collecting, and even the business, the emphasis for me is on pleasure; so it is important that the business never get too big.

How does the business intersect with your personal taste?

I have a passion for wines that come from the Graves region of Bordeaux. My favorite wines there are Haut-Brion and La Mission Haut-Brion. These wines have a particular taste that I don’t find in the other regions. There are also certain Burgundies, like Richebourg, that I enjoy very much. The stores also emphasize the regions of Bordeaux and Burgundy, and we are probably the largest purveyor of large-format bottles in Switzerland. Apart from the taste, there’s nothing I find more pleasing to look at than a double magnum of Bordeaux. These bottles are also far superior in the conservation of the wine.

Is there a parallel between these pursuits and your watchmaking at Chopard?

I discovered that making wine is very similar to making watches in that it requires attention to detail. The only difference is that wine is a natural product, so the results are not necessarily up to you in any particular year. All the rest is a product of honest, specialized labor and talent, which is the same for making a good watch.