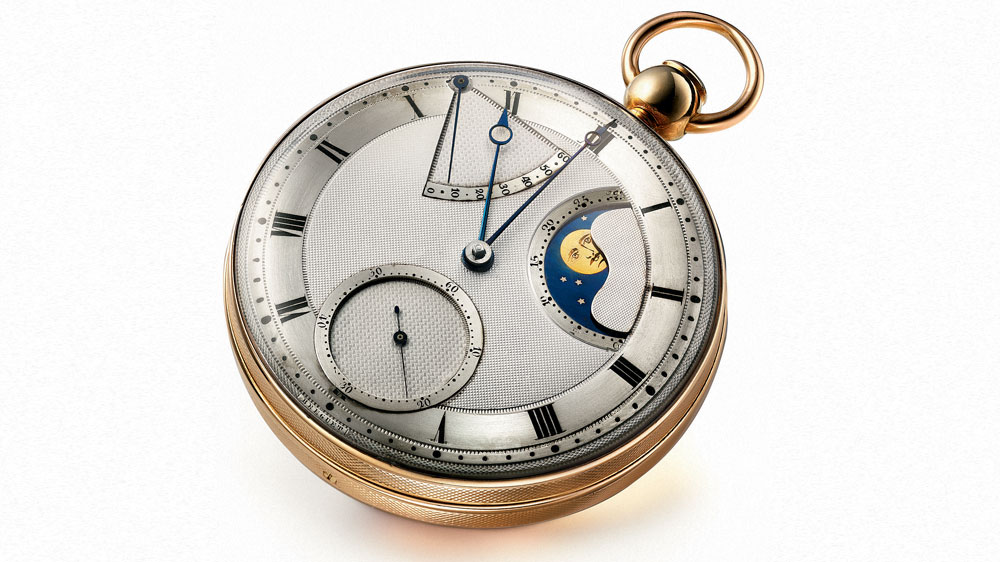 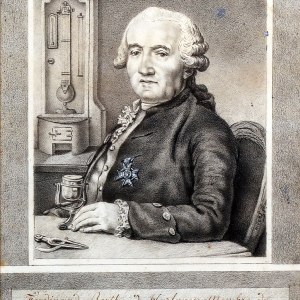 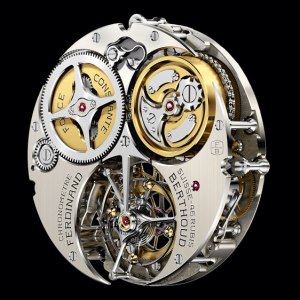 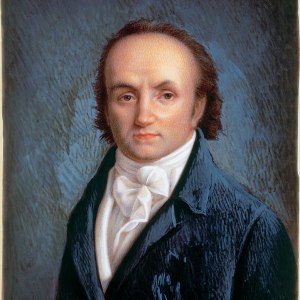 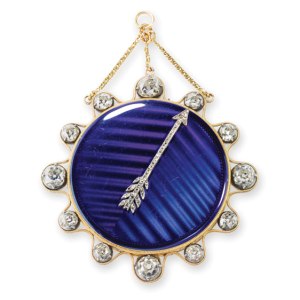 Imagine a small square in a European city where three of the most celebrated watchmakers in the world would gather to debate technique and share gossip. No, it’s not Geneva—few of the industry’s big egos there are actually on speaking terms. It’s Paris in the 1770s. At the western tip of the Île de la Cité, secluded from the river, is the Place Dauphine. For a few years in the late 1770s, this area of little more than a city block contained the workshops of Ferdinand Berthoud, Jean-Antoine Lépine, and a young Abraham-Louis Breguet.

Sadly, their quills did not record the level of technical ferment that occurred in the Place Dauphine; but we do know from their work that these three men, each in their own way, changed the shape of mechanical watchmaking to a far greater degree than any of their contemporaries. If their proximity made for some kind of Enlightenment-age mechanical Camelot, it was a fleeting one. Lépine moved away for a period to work at Voltaire’s Manufacture Royale along the Swiss border, and not long afterward the French Revolution put something of a damper on luxury sales in France.

Today, that golden period hardly seems visible in French watchmaking. History, as laid down by corporate marketing departments, identifies three-quarter-plate movements with engraved balance cocks as German, and Geneva stripes as Swiss. The French have no such signature because there are no French manufactures of similar status, only a few small-scale makers like Alain Silberstein with highly idiosyncratic styles. So what made French watchmaking worth remark?

Performance, answers Karl-Friedrich Scheufele, co-president of Chopard and a collector of the works of Berthoud. “Unlike in Switzerland,” he says, “everything the French invented was recognized by the king, so there was a real incentive to excel.” On a technical level, many of the top French horological achievements came in the race to match or exceed British developments in the field of marine chronometers, the flagship technology in the arms race of the day: the burgeoning naval rivalry between the two countries. The two most talented watchmakers on the French side were Pierre Le Roy and Berthoud. Le Roy, who invented the detent escapement—the primary time-regulating element—and the thermo-compensating balance (which protects against the effects of shifts in ambient temperature), arguably contributed more to marine chronometers, but it was Berthoud who was the golden boy. Named a master watchmaker at the young age of 26, he wrote prodigiously and promoted himself at court. After orchestrating the official use of his clocks at sea, he was named clockmaker to the king and navy, an appointment that must have rankled Le Roy, whose own father was clockmaker to the king. Le Roy hung up his tools not too long afterward.

Though perhaps not as gripping as this maritime backbiting, the work of Jean-Antoine Lépine is one of the most important French influences on the way watches look today. Lépine threw away the bulky construction every watchmaker used before him. Instead of a movement made of two plates separated by pillar supports with large contraptions like chain and fusees and verge escapements, he favored a single plate with screwed-in bridges to support the gear train and a compact cylinder escapement. The architecture allowed dramatically thinner pocket timepieces. At a stroke, the French watch had elegance of form, a beautiful sales and marketing angle just waiting for the doctor of spin to bring it home.

That man was Breguet. While it seems almost a disservice to the acknowledged greatest watchmaker who ever lived not to describe him first by his inventions (his patent portfolio was at least twice the size of anyone else’s), Breguet knew that technical feats meant nothing without style, which now seems wholly part of French DNA. He readily borrowed Lépine’s architecture and combined it with large-format guilloche dials and consistent touches from hands to numerals and case sides. It was branding wrapped up in a new-found French elegance.

Likewise, his technical flourishes were intended to surprise and charm a sophisticated and fashionable clientele. Repeaters, which for the first time he made to chime on a wire gong (as they do today), were a staple. The montre à tact pocket watch allowed the owner to discreetly—and tactfully— avoid the faux pas of pulling out a watch at a social occasion thanks to a hand that could be discerned by touch in a pocket. Even the elaborately orbiting carriage of the tourbillon, the complication for which he has been long remembered, is clearly designed to delight with its mechanical artistry as much as to improve accuracy.

Breguet’s business not only survived the French Revolution, it continued to thrive even during and after Napoléon thanks to the watchmaker’s rare ability to touch clients with his genius. But Breguet also marked a zenith for the entire French craft. Although 19th-century France continued to produce outstanding watchmakers like Louis Moinet and Louis Leroy, the majority of the country’s production was increasingly devoted to more affordable pocket watches based on the already-outdated cylinder escapement. With the exception of a few highly decorated pieces that gained attention, the center of gravity in watchmaking had shifted permanently south.

How does a country with such technological and cultural advantages lose its position? The example sounds instructive for any of us in the modern world who feel ourselves teetering. The beginning of the end for French watches actually came nearly two centuries before Breguet, when French watchmaking was defined more by its decorative qualities. To many astute collectors, including Philippe Stern of Patek Philippe, the work of the artisans of Blois has never been equaled. A look at the watches from this period gives significant credence to this opinion. Unfortunately, many of the enamelists of the period were also Protestants—viewed as heretics by Louis XIV, who withdrew the state’s protections they had long enjoyed. Geneva was the happy recipient of all manner of French craftspeople, and, adapting to a more regulated output under Calvinism (jewelry was frowned upon), many turned their hand to watches.

Growing in that quiet Swiss way, the country’s watchmaking capabilities seem not to have fazed the French watchmakers, some of whom, like Breguet and Berthoud, were actually Swiss themselves by birth. But as the 19th century progressed, Switzerland proved adept at serial manufacturing techniques that the French had ignored. At the height of his career, Breguet imported Swiss watchmakers to be trained and work on his premises in Paris, where pieces were always built individually. By 1840, with his grandson Louis-Clément Breguet at the helm, the firm was importing serially produced Swiss movements for many of their watches.

Swiss watchmaking expertise simply became too easy to borrow for the French, and as the Swiss extended their micromechanical capabilities, increasingly complicated watchmaking was exported as well. One of the prides of French watchmaking at the end of the 19th century, Louis Leroy’s Leroy 01—considered the most complicated watch in the world for decades—was largely built in Switzerland’s Vallée de Joux.

The French may have ceded their mechanical leadership to the Swiss during the 19th century, but as they learned during the 20th, style is a potentially more valuable export. The early- 20th-century work of Edmond Jaeger, who built a thriving watchmaking business in Paris in the early days of the wristwatch, proved that distinctively French watchmaking need not depend on all-French components.

“Edmond Jaeger was a connector,” explains Stéphane Belmont, director of maison heritage and rare pieces at Jaeger-LeCoultre, the company that carries on his legacy. “He was a trained watchmaker but was more concerned with industrial methods. His greatest success was bringing Swiss watchmaking to the French jewelers.” Working with Jacques-David LeCoultre and his eponymous Vallée de Joux manufacture, Jaeger brought ultrathin movements to jewelers like Louis Cartier, with whom he built the house’s most memorable—and now collectible—models, including the Santos de Cartier and the Tank. Eventually, LeCoultre would draw his watchmaking resources back to Switzerland, but the influence of Jaeger was set. Even after his death, the Duoplan movements he inspired would power a generation of Art Deco watches—mostly made in Switzerland—for both men and women.

Depending on whom you ask, French watchmaking is either a bygone curiosity or a completely vibrant sector that doesn’t quite fit the definitions of the industry according to the Swiss and Germans. The graying academics of the watch world would argue that to find what is left of French watchmaking, you have to follow its influence into modern Switzerland, where the architecture of Lépine and mechanisms of Breguet still define the craft. Certainly the names, like the modern Breguet or a new creation like the Ferdinand Berthoud brand, are now more Swiss than French. But there is another class of watch critic—the paying customer—who can detect a French quality in French brands, even if the watches are all made in Switzerland. The modern work of Cartier, Chanel, and Van Cleef & Arpels continues to exhibit elegance of form as well as the ability to surprise and delight. Abraham-Louis Breguet and Edmond Jaeger would surely be nodding approvingly: It is always better to be chic.