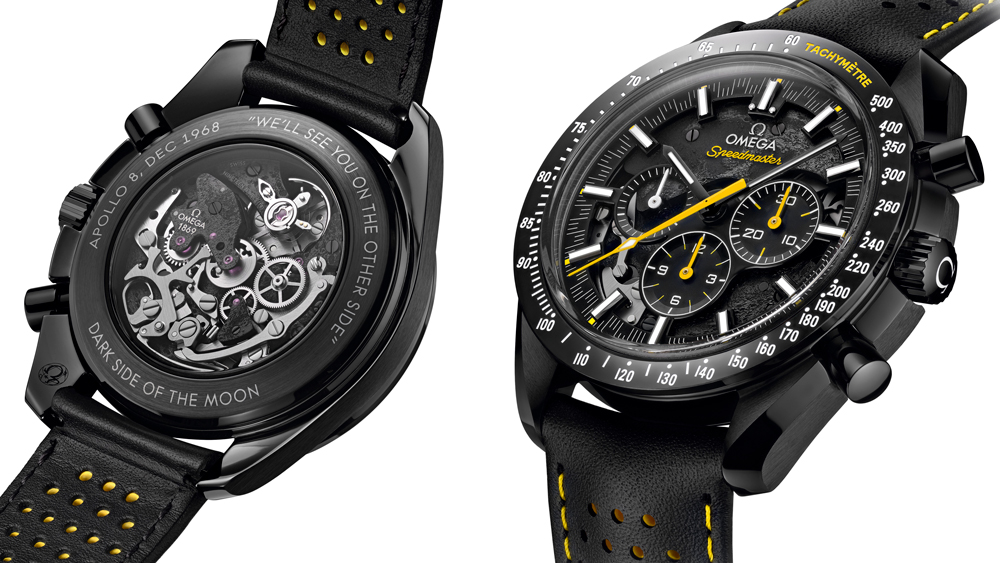 Rob Caplan jokes that he’d like to change his title at Topper Jewelers, the Burlingame, Calif.-based retail business his family has owned since the late 1940s, from vice president to “enthusiast.”

“We have to be creators,” says Caplan. “That includes working with our partners to come out with models exclusive to the store, having in-store events, and making sure we are not just authorized dealers, but have the correct assortment when people visit, and available allocations of the most desirable models.”

That description may be most fitting when it comes to fine watches, the category Caplan has overseen since 2000. While his older brother, Russ, is president of the store, and takes a generalist approach to the business, Rob is the primary watch buyer. Since 2015, he can also call himself a watch designer, of sorts, thanks to the store’s burgeoning specialty in creating custom editions with brands.

Caplan spoke to Robb Report about the year’s most sought-after timepieces, the rage for watches with styling evoking the late 1960s and ’70s, and what matters most to his customers from “the Valley.”

Which pieces do you expect to shape your watch business this year?

The Grand Seiko SBGH267 Hi-Beat 36000—it’s a $6,300, 1,500-piece limited edition that celebrates the 20th anniversary of their 9S movement. It’s a dress up, dress down watch and people have really connected with it because it hits on one of the biggest themes for what’s popular: It’s slightly smaller. The 39.5 mm case is slightly thinner than previous Grand Seiko offerings. And the dial has a beautifully engraved pattern. It’s a blue dial that’s kind of a chameleon blue. At times, it looks vibrant and at other times, it looks really steel colored. People love it for all kinds of different reasons: It’s a little smaller, a little more wearable—and for how beautiful and striking the dial pattern is.

What other models have resonated with your clients?

Blancpain came out with a Day Date 70s model, the Fifty Fathoms Bathyscaphe, 500-piece limited edition. It’s the piece people have been scrambling to get this year. It has this very late ’60s-early ’70s vibe about it. You’re seeing a lot more exploration of the early ’70s this year; a lot of funky colors—like the Zodiac limited edition we did [in orange].

Why do you think that is?

I always think the fashion houses know about this more than we do. I remember walking by the Chanel booth [at Baselworld] three years ago and they had come up with some watches that looked like the early ’80s and I thought, ‘My God, my childhood has officially become vintage.’ People look at the watches and feel this fondness and nostalgia for them.

Generally speaking, what are your clients looking for?

The bigger thing is a feeling of connection. A brand’s job is to create something and make it as interesting as they can. Customers are more informed than ever, consuming more blog material than ever, learning more about finish, movement, history of brands. What will cause someone to buy a piece they find compelling? The model’s resale value, maybe. But sometimes, that’s not nearly as important as connecting with a piece. Especially in the Valley, where people aren’t as concerned about resale value, because the experience is the most important thing.

What are your picks for the ultimate dress and sports watches?

To me, the best pure dress watch of the last two years was the 2017 Grand Seiko SBGW253. We sold out, and couldn’t get enough. It had a beautiful dial, beautiful case architecture and it was really thin. The answer was really easy last year. There hasn’t been a runaway dress watch that stands above the crowd this year.

As for the sports watch: I’d say it’s the year of the new Omega Seamaster, in terms of unit volume. It’s the first time they’ve totally changed the caliber. Aside from that, it’s the antimagnetic movement, and the leap from the 2500 to the 8800 caliber. Aside from that, the links of the bracelet are thinner, the finishing on the crown is nicer, the markers on the bezel are enamel (which gives it incredible pop when you look at it), and the waves laser engraved on the dial are less whimsical and more modern. But it still looks like the same watch, so the DNA is there.

Last but not least, what would you cite as the year’s top sellers?

Definitely the Seamaster. And the Dark Side of the Moon Apollo 8 from Omega—it’s been a huge hit for us and is probably the most popular model in the larger size category. The dial has this surface-of-the-moon effect and an infusion of yellow.

And I don’t want to forget the Nomos Burlingame World Timer we did [as a custom edition]. That watch came out late last year and it’s been incredibly great for us. We accomplished two things with that piece: Burlingame is a little town of 28,000 people. We wanted to put it on the watch map. Instead of having a limited-edition design for the Nomos World Timer, we changed Los Angeles to Burlingame on the time zone indication. And since Burlingame’s nickname is “The City of Trees,” we donated [a portion of proceeds] to purchasing new trees. Even though only 30 were made, we got deeply into the minutiae of designing the pieces. We wanted deep white lacquer for the dial and the hands to be blue. We wanted the watch to be a really meta piece—about us, our city, the Bay Area—but also really focused on design details.