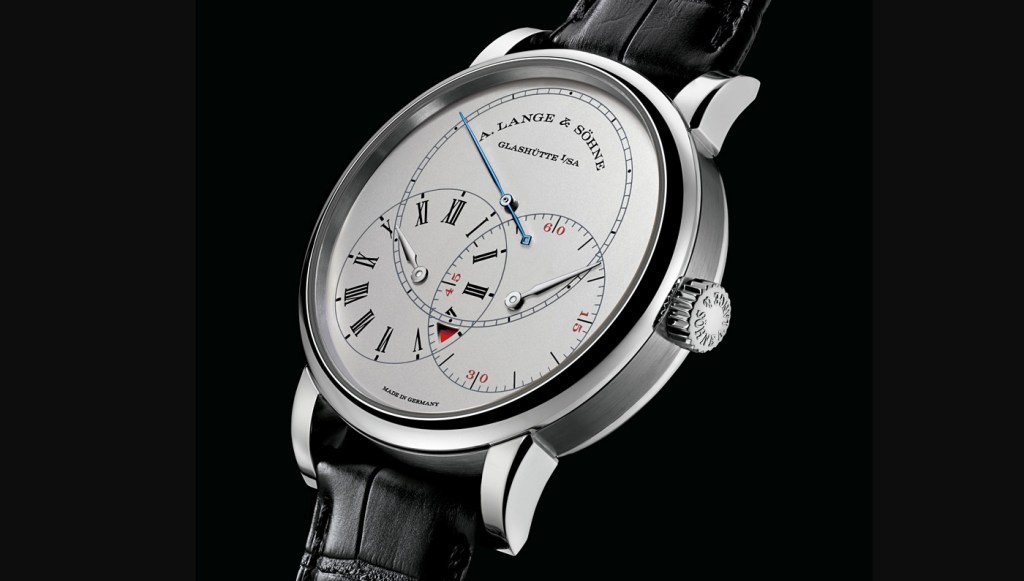 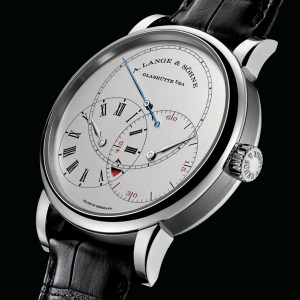 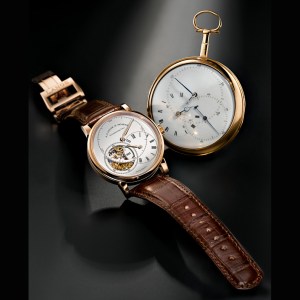 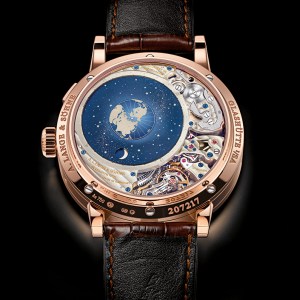 Nearly a decade ago, Anthony de Haas, A. Lange & Söhne’s director of product development, was flipping through a book of archival material when he came across an old Lange pocket watch with an unusual triple regulator dial. De Haas was intrigued but still unsure of the design’s potential for future Lange watches, so he flagged it and put the book away. Months later, the subject came up again in a talk with the brand’s director of R & D, Tino Bobe, de Haas’s friend and foil in creating new watches for A. Lange & Söhne.

“I opened the page I had marked in the book,” says de Haas. “He smiled, then got his book. He had the same watch marked out in his book as well. He said, ‘Yeah, I wanted to talk to you about this design, but I never did because I wasn’t sure it was something for Lange.’” Over the next three days the duo laid out plans for a triptych of watches that have animated the company’s Richard Lange family of timepieces until this year. Each of the three is very different, yet each in its own way advances the Richard Lange line’s technical focus on timekeeping.

A. Lange & Söhne released its first Richard Lange watch in 2006, partly as a means of showing off its relatively new hairspring-making capacity. The movement driving the first spare, three-hand watch contained a large balance wheel in the style of traditional

chronometers. Though the pieces were actually regulated to the same standards as other watches in A. Lange & Söhne’s collection, the new features spoke to traditions of accurate timekeeping. The Richard Lange was very well received and subsequent editions, including a Referenzuhr with a zero-reset feature and a Pour le Mérite model equipped with a chain-and-fusee constant-force mechanism, quickly sold out.

Lange’s first watch built on the triple regulator principle was 2011’s Richard Lange Pour le Mérite Tourbillon, which like the previous model of the same name possessed a chain-and-fusee system. It also came equipped with an as-needed retractable dial segment to complete the hours indication in the lower right portion of the dial when the hand overlapped with the tourbillon aperture/seconds indication in the lower left. De Haas and Bobe merged the dial layout with perpetual calendar indications for the next installment, 2015’s Richard Lange Perpetual Calendar Terraluna. But while the triple date windows fit well into the format, the moon-phase indication the team had wanted did not. Instead they decided to use the real estate on the back of the watch in a novel way.

“We had a young guy doing an apprenticeship with us who did watchmaking school at Lange and had just been to engineering school,” recalls de Haas. “His hobby was astronomy and he came up with the idea for the Terraluna display that shows the Earth, moon, and uses the balance wheel as the sun.”

But rather than employing a chain and fusee, the Terraluna relied on a remontoire spring to feed constant force to the escapement. That system fed the idea for the third watch in the triptych.

“Terraluna has a remontoire with jumps every 10 seconds,” says de Haas. “That made us think: What if we could make a watch with a constant force remontoire escapement that recharges every second, because then we automatically create a jumping second.”

This year’s Richard Lange Jumping Seconds was further complicated by de Haas’s insistence that the watch stop and zero-reset through the crown. The function required the addition of an elaborate double vertical clutch and a delicate balancing of the forces in the movement.

“There’s a high tension on the clutch because each second, the wheel gets a jerk,” explains de Haas. “For that reason we have to reduce weight on the seconds hand. With a heavier hand, after 35 seconds or so the hand is not precisely on the dial indication, which is what you don’t want to have happen. It’s a very delicate system.”

For their efforts, de Haas’s team can count their three triple regulator-inspired Richard Lange watches as some of the best received since the brand made its comeback in 1994. As to their relatively quick conception, he is sanguine: “Sometimes you don’t have any ideas for months and then sometimes you have a day with three ideas back to back. That’s the way it works. That’s development.” A. Lange & Söhne, (alange-soehne.com)