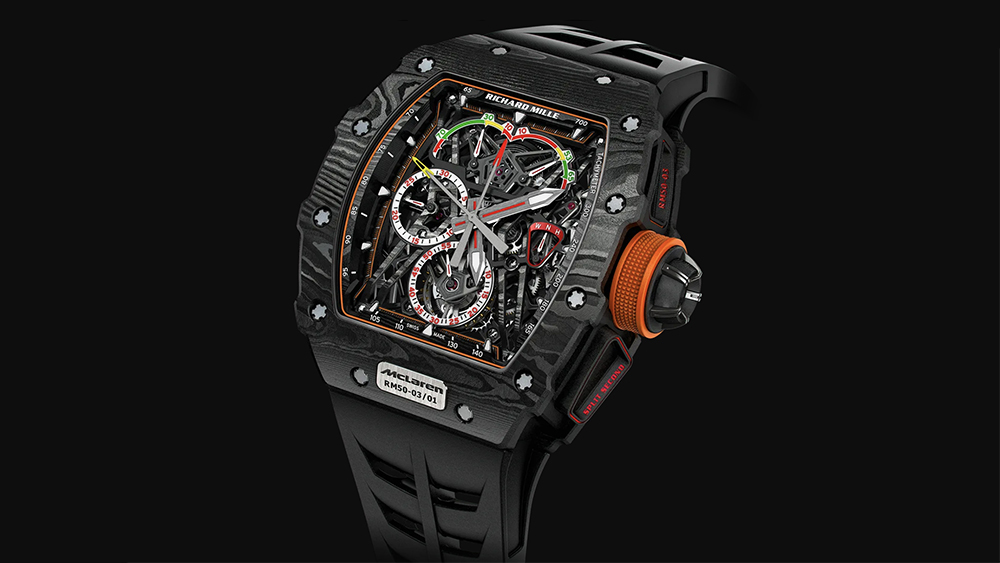 If you’re a pickpocket, a simple way to make a buck might be to snatch a luxury watch from an unsuspecting passerby and resell it. But the person who stole a $1.3 million Richard Mille timepiece right off the wrist of a tourist in Spain last week might not have it so easy, because the one in question was one of a very limited edition.

An Azerbaijani tourist was on a stroll in Ibiza with a friend when the thief spotted the watch, an RM 50-03 Tourbillon Split Seconds Chronograph Ultralight McLaren F1, according to Bloomberg. The thief then shoved the watch’s wearer multiple times and managed to make off with the piece, leaving its former owner with nothing but bruises.

But it’s far from the perfect crime: The stolen watch is one of only 75 editions of the model, which Richard Mille originally issued in 2017 as a tribute to the McLaren F1.

So while the thief nabbed a truly rare and valuable work of horological mastery, that very rarity will make the piece a challenge to sell—at least for anywhere near its list price. Richard Mille timepieces are distinct, but this one is made even more so by design. The split-seconds chronograph features a skeletal face punctuated by red, green and yellow markings, which take their cues from the F1. Two different polymer multi-laminates (Graph TPT and Carbon TPT) also figure in its construction. Anyone who knows something about watches will be able to spot fairly quickly that this piece is likely hot.

And while we can’t condone criminal behavior, we can’t blame the thief for being attracted to this timepiece. Recently, a number of celebrities have made headlines for wearing Richard Mille’s work, including a $750,000 NSFW model spotted on Drake’s wrist. With that kind of publicity, it’s hard not to want to grab one the next time you see one.