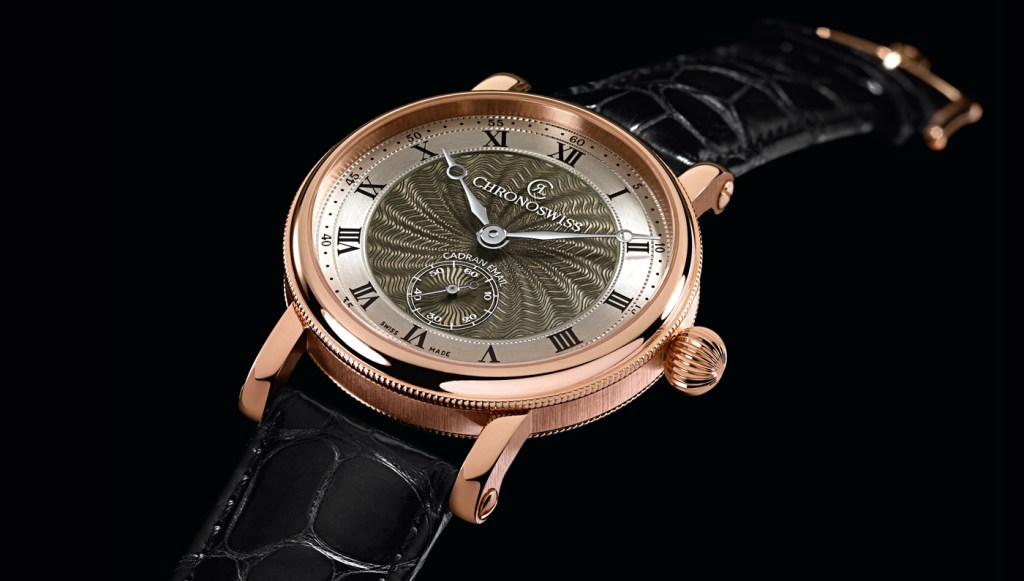 Modern artisans strive to re-create the past brilliance of flinqué enamel.

Shortly after Mikhail Gorbachev was awarded the Nobel Peace Prize, the Kremlin received a peculiar request from a German jeweler named Herbert Mohr-Mayer: Would the Soviet leader accept a Fabergé egg presented in his honor?

Mohr-Mayer’s egg was as lavish as those once commissioned by the czars—featuring vivid translucent enamel over intricate engraving—but it was entirely new and of his own making. Recently appointed to revive Peter Carl Fabergé’s artistry under the dormant Fabergé trademark, Mohr-Mayer’s company sought to bring new meaning to an iconic imperial object.

The Gorbachev Peace Egg was graciously accepted, and an invitation was extended to study the originals behind the Iron Curtain. According to Marcus Mohr—Mohr-Mayer’s son and heir to the Victor Mayer brand—both sides appreciated what the other had to offer. “Later I was told that these crafts could only survive in the West,” he says, “because the Communists destroyed luxury production.”

Enamel over engine-turned engraving—often called flinqué—is now enjoying a renaissance, as many companies rediscover the beauty of Fabergé’s signature technique. Some of these brands, such as Jaquet Droz and Cartier, have a history of combining the crafts of enameling and engraving that predates Fabergé’s rise to fame. Others, such as Chronoswiss, have opened ateliers for enameling only in the last decade. What all have in common—and share with Victor Mayer—is a devotion to learning all that can be gleaned from antique sources and carrying the craft into the 21st century.

Even in the West, flinqué endured a dark age after Fabergé’s era. “For a time, nobody was interested in engraving and enamel,” says Mohr. “These were considered too expensive and not up-to-date.” As the old machinery was sold as scrap, a few visionaries like Mohr’s father acquired what they could. They also sought out antiquarian books that might reveal tricks of the trade, and supplemented this knowledge by closely scrutinizing antique objects.

It has been a formidable challenge to even approach the sublime quality of past masterpieces, let alone to recover old secrets. “The quality of antique enameling is incontestably higher than today,” says Anita Porchet, an independent artisan who has worked extensively for brands such as Patek Philippe and Vacheron Constantin. “We have lost much savoir faire with industrialization.” Porchet has gained knowledge by speaking with old craftspeople, who have confided techniques they learned as young apprentices. But as Porchet readily admits, much of what contemporary artisans do is an educated guess: a matter of trial and error.

Flinqué combines two different art forms that are each extraordinarily difficult to master. Engraving is achieved on an engine that is operated by hand. Guilloche patterns—which range from simple sunrays to intricate waves—are guided by a set of levers and cams. The levers control the position of a graver, giving the operator accuracy down to the millimeter on cuts that are as fine as 100 microns deep.

Beyond the difficulty of programming the machine with the correct arrangement of cams and positioning the graver on a thin plate of gold or silver, the operator must keep the machine in motion with his own muscle power. “Electric motors are foreign to this process,” says Maik Panziera, who performs both Guilloche and enameling at Chronoswiss. “They would influence the indispensable sensitivity necessary to the work.”

Following Guilloche, the dial must be coated with translucent colored enamel, which has to be prepared through an arduous process of pulverizing and purification. Each color originates as a combination of glass and metal oxides melted in a cauldron. (Cobalt makes glass blue; copper makes it green; borostannates make it white.) The raw crystals are ground by hand with a mortar and pestle until the right texture is reached. (Porchet judges fineness not only by touch but also by the sound that the pestle makes.) After several washings to remove impurities, a paste prepared with distilled water is applied to the dial in as many as 10 layers, each measuring less than one-tenth of a millimeter.

The enamel must be brushed onto both sides so that the dial doesn’t warp in the kiln, where it’s heated to a temperature as high as 900 degrees centigrade (about 1,650 degrees Fahrenheit) for as long as two minutes. Each layer requires a separate trip to the oven, and each turn must be precisely timed and temperature-calibrated. “Then there’s a bit of hoping and praying,” says Panziera. “During cooldown, it can become apparent that all the work was for naught.” Even the slightest hairline crack will force the artisan to start over, often with a new plate that must be Guilloched from scratch.

Different brands report different failure rates—ranging from one-tenth to one-third of the dials they make—but those frustrations are minuscule compared to the arduous trial-and-error process of realizing new designs. There are myriad interdependent variables, including dial material, Guilloche pattern, and the chemical composition of enamels. The hue and radiance are affected by all of these factors as well as the skillfulness of implementation. Silver and gold each chemically interact with different oxides in different ways, producing different colors from the same raw enamel. The oxides also interact with each other, and everything is dependent on time and temperature.

Even for highly experienced practitioners, surprises are to be expected. David Oscarson, who often decorates his eponymous writing instruments with flinqué enameling, recalls a time when a pen kept throwing off the enamel after several hours of cooling. “There was a little too much of a twist or bend in the Guilloche,” he says. His craftsmen tried widening the pattern and narrowing it, deepening it or making it shallower until finally (for reasons no one will ever really know) the enamel adhered perfectly to the metal.

And then there’s the matter of formulating specific colors. In the late 19th century, Peter Carl Fabergé famously boasted 140 choices, including raspberry red, lovebird green, and opalescent oyster. (His competitors generally kept to “safe” colors such as pale blue and scarlet, and scrupulously avoided the technically demanding opalescents.) The formulas used by Fabergé’s workmasters were closely guarded secrets. Some (such as raspberry red) were available only in very limited quantities because they had been created by accident.

Opinion varies on whether the antique color options can be matched today. Jaquet Droz reports that they have 101 colors and Chronoswiss claims approximately the same number. Oscarson is more pessimistic. “They had probably 40 times the color choices that we do today because they didn’t worry about the toxins that were released when they heated the metal oxides,” he says. “These guys did not live long.” His assessment is based not so much on Fabergé’s claims as on subjective judgment of hues he has seen in museums, especially the astonishing range of deep blues. Maurizio Tallero, production director at H. Moser & Cie, counters that “the visual aspects of enameling can be achieved today as they were in the 19th century, although some colors may be developed differently. The consistency of the oven temperature available today,” he adds, “certainly must make some of the processes easier to achieve.”

Moser has recently conducted a sort of time-travel experiment with the Perpetual Calendar Heritage, a wristwatch that emulates the look of a pocket watch made by the company around the turn of the last century. Both watches are elaborately engraved with the same pattern and coated in blue enamel that appears to be the same hue, but the color is realized through a different combination of factors including a difference in base metal: yellow gold for the antique and red for the new timepiece.

Jaquet Droz has also found ways to re-create its heritage enamels. (The signature translucent blue and red can presently be seen in the new Paillonnée collection.) But the company is also pursuing “new colors never done before,” says CEO Christian Lattmann. “This year in Basel, for instance, we presented new versions of gray, purple, and bright blue.”

At Chronoswiss, Panziera is not only experimenting with new colors but also an entirely new flinqué technique that he calls “Breguet threading.” “This means that you cut another Guilloche on the enamel when the dial is already finished,” he says. This flourish is perilous, given the risk of putting tension on the brittle glassy surface, but Panziera is undaunted. He considers his innovation “a bold statement for the craft,” which he believes can continue to grow through new challenges.

Plenty of challenges from history remain, including the quest to make Peter Carl Fabergé’s ethereal opalescent enamels, and even the sheer difficulty of achieving the highest flinqué quality. Marcus Mohr describes the goal in a single word—brilliance—and compares the optimal effect to the dazzle of a faceted gem.