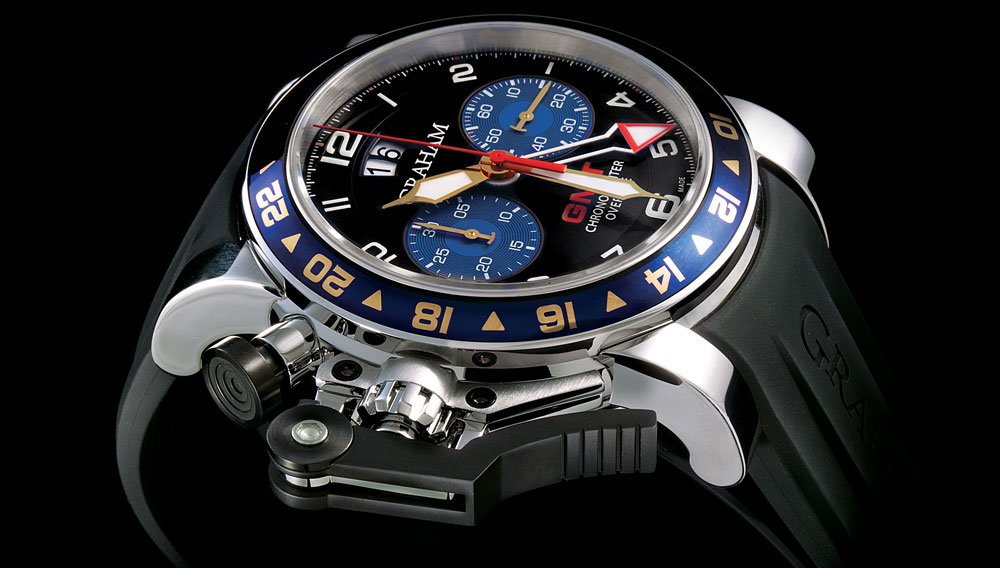 Nearly 15 years ago, a college professor told Eric Loth, founder of the Graham watch brand, that the fastest finger on the hand is the thumb. Loth, who had been looking for a way to differentiate his young brand, had been perusing archival footage of the 1968 Mexico City Olympics for stopwatch imagery. Similar films of World War II bomb-dropping techniques told him the same thing: Many of the best stopwatches operated with a thumb lever. With this beginning, Loth conceived what has become the single most striking feature of Graham watches: the thumb lever on the Chronofighter model. Graham’s engineers centered the lever on the watch case for the balance, and placed the enormous assembly on the left side where it is accessible for the thumb, and safely out of harm’s way.