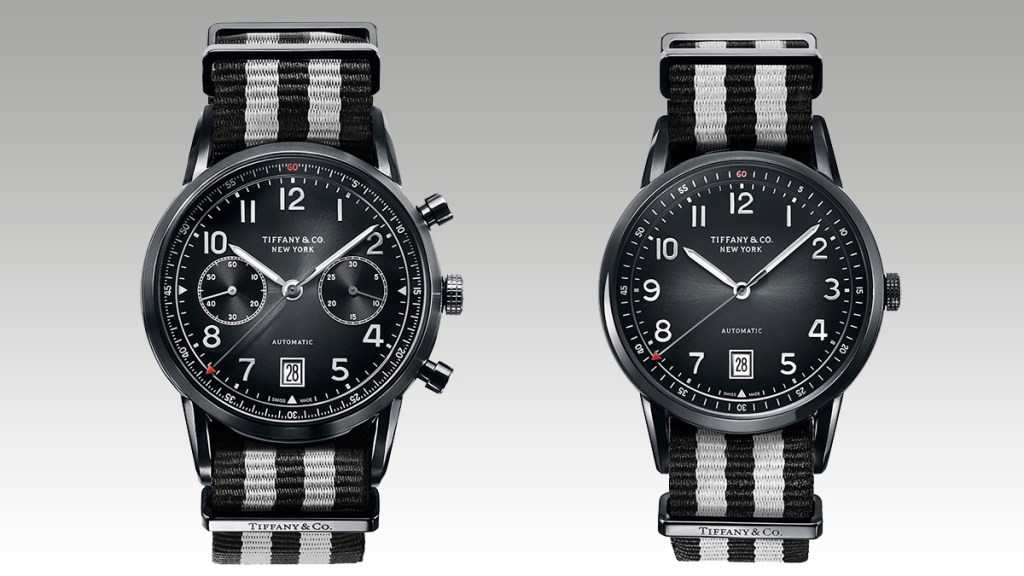 After a pair of successful years on the market, the Tiffany & Co. CT60 collection has expanded to include an interesting casual variant just in time for late summer. Using a diamond-like carbon (DLC) treatment, the two new models—a three-hand ($5,450) and a chronograph ($7,450)—take on a more casual and under-the-radar aesthetic than the core collection.
The CT60 line was first launched as a nod to a historical model once gifted to Franklin D. Roosevelt in 1945, and even in modern finishing, the vintage inspiration is hard to ignore. Arabic numeral indices applied using a “silver poudré” technique (the addition of a silver powder to the lacquer mixture), a sunburst dial, and in the case of the chronograph, the use of a two-subdial configuration with a date indication at 6 o’clock are all nods to the ’50s and ’60s.

Though not a limited release, these new models fetch a slight premium over their traditional stainless-steel counterparts—$200 more than the regular steel version on the bracelet. This is a little steep of a premium for models fitted on fabric straps, in our opinion; however, the significant differentiation in aesthetics will likely be enough to sway buyers to part with the added premium. The two new releases are available now in Tiffany & Co. boutiques, as well as through the tiffany.com e-commerce boutique.