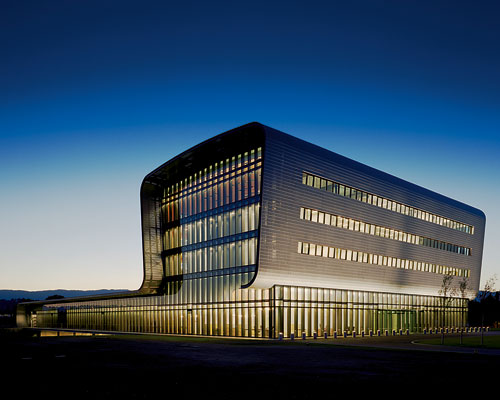 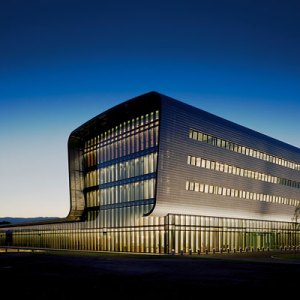 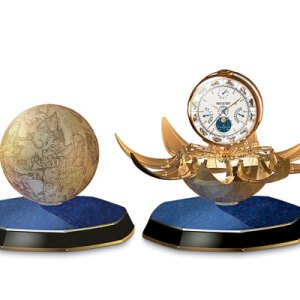 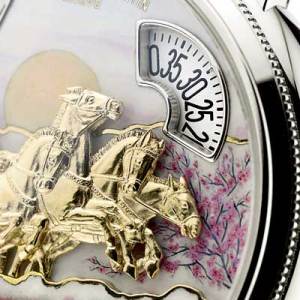 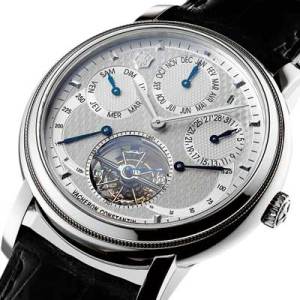 A 250th anniversary is certainly an occasion worthy of a fuss, and Vacheron Constantin is marking the milestone with no shortage of festivities. As one might expect from the world’s oldest watch company, the preparations for this spring’s birthday bash ran as smoothly and quietly as one of its watches. Those efforts culminated in one of the most impressive arrays of complicated timepieces ever released by a company in a single year, an achievement attributed to a dedicated team of seasoned veterans who are committed to enhancing the brand’s legacy.

Each of the men responsible for the watches—CEO Claude Daniel Proellochs, product director Christian Selmoni, and design manager Vincent Kauffmann—has more than 15 years of experience with the brand. While their tenures are not exceptionally long for the watch industry, the team has had more than enough time to absorb Vacheron Constantin’s historical essence while developing an almost eerie single-mindedness. “The three of us have been working together so long, we really don’t have to talk very much,” says the soft-spoken Selmoni, whose steady personality balances the more artistic temperaments of Proellochs and Kauffmann. “People have commented on how frustrating it can be to understand us when we’re working because so little is said.” The collaboration is friendly as well as intense; the plans for at least one of the marque’s venerable models took shape late one night on the back of a beer coaster.

The trio’s chemistry is a critical asset, as is their reverence for the brand’s particular design sensibility, which collectors recognize as its most identifiable characteristic. “All of us are intimate with the designs and spirit of the past,” says Proellochs. “Sometimes the three of us will get behind the computer and make little adjustments and suggestions, but when we all agree on something, very seldom are we mistaken.” As a result, the team has maintained Vacheron’s trademark flamboyant yet classical style.

“Vacheron Constantin is perhaps the most French of all the Swiss watch companies,” explains Osvaldo Patrizzi, chairman of Antiquorum Auctioneers, which hosted an auction of new and vintage Vacheron pieces as part of the festivities in Geneva this spring. “The company’s designs were very much influenced by the turn-of-the-20th-century collaboration with Verger, the Paris jewelry house. The look evolved during the ’50s, which is considered a golden age for the company—that was the period that had the most influence on the current pieces.”

Vacheron Constantin is widely regarded as one of the big three prestige watchmakers, along with Audemars Piguet and Patek Philippe. The three companies share a considerable history of complicated watchmaking and a level of manufacturing and finishing worthy of the Geneva Seal in the cases of Vacheron Constantin and Patek Philippe. (Audemars Piguet’s Le Brassus address disqualifies it from consideration, because the seal is awarded only to companies located within the canton of Geneva).

In recent years, however, Vacheron Constantin has struggled to keep pace with its peers, especially with Patek Philippe, whose consistency and discipline in traditional watchmaking have earned it a higher profile among collectors and record-breaking auction prices for its timepieces.

While Vacheron Constantin always has possessed the ability to produce masterpieces, its collection in the 1970s and ’80s lacked focus and became overly reliant on the movements and techniques of subcontractors, thus hampering the watchmaker’s status.

But since he took over in 1988, Proellochs has spearheaded new collections such as the Malte series, and he has sought to increase the level of in-house expertise and development. Richemont’s 1996 acquisition of the brand advanced these goals by endowing Vacheron Constantin with the resources to purchase complication specialist Haute de Gamme (now Vacheron Constantin Vallée de Joux) and to build a new factory on the outskirts of Geneva. Here the company has consolidated its former workshops, which previously had been scattered throughout the city.

The anniversary collection can be viewed as the culmination of Vacheron’s efforts to reestablish its position at the apex of modern watchmaking. The new limited editions, each developed completely in-house, exhibit the brand’s characteristic style, and the commemorative series showcases Vacheron Constantin’s expertise in the watchmaking disciplines of complications, engraving, and enameling. The design team also incorporated exclusive details—such as soldered Maltese cross lugs and vintage hands from 1926—that never will be repeated.

The most basic of the new timepieces is the Jubilé 1755, an automatic that has a simple calendar and power reserve and is limited to 1,755 pieces. The model is powered by Vacheron Constantin’s first in-house automatic movement, an achievement that aficionados had been anticipating for several years.

The next step up is a tourbillon/perpetual calendar dubbed Saint-Gervais, which, Vacheron Constantin claims, has a world-record 250-plus hours of power reserve. The engineers at Vacheron Constantin Vallée de Joux crammed four winding barrels and more than 410 parts into the 44-millimeter case, an assembly they will execute only 55 times.

But the Tour de I’lle is by far the most impressive of the collection. With 16 complications and 834 parts, this behemoth is the most complicated wristwatch ever made. The project was led by Bernhard Guillaume-Gentil, the chief engineer at Vacheron Constantin Vallée de Joux, who has a particular affinity for astronomical complications. The watch (estimated at $1.3 million) recalls some of the one-of-a-kind pocket watches the brand produced in the early 20th century and may be just as difficult to obtain: Vacheron will produce only seven pieces.

“In my opinion, the Tour de I’lle is the best representation of our capabilities,” says Selmoni. “Bernhard asked if we thought a sky display was a good idea, and of course we let him do it. Claude [Proellochs] is like an orchestra conductor. He knows when someone will make a good solo, and then he lets [him] perform.”

Proellochs and his team also maintained the brand’s penchant for combining unconventional displays with traditional decorative techniques, a specialty that he has reinforced during his tenure. The new Métiers d’Art series comprises 12 sets of four timepieces, each depicting a season of the year with the unifying motif of Apollo’s chariot rendered in high relief. The dials—which display the hour, minute, day, and date in apertures—are decorated with champlevé enamel, translucent enamel, enamel painting, and engraving and chasing.

Still, Vacheron’s emblematic combination of technical skill and artistic craftsmanship is best exemplified by L’Esprit des Cabinotiers, a one-of-a-kind objet d’art astronomical clock. Its golden sphere, which was engraved by hand to replicate a sky chart drawn by Louis XV’s geographer, is poised on an onyx and rock crystal base. When the piece’s sophisticated spring mechanism is activated, the globe opens like a lotus flower, revealing a clock with 15 classic and astronomical complications.

Vacheron Constantin has further restricted the availability of these very limited timepieces by allocating one of each model to the company museum. Yet another piece from each series, in addition to the unique L’Esprit des Cabinotiers, was designated for April’s Antiquorum auction, an unprecedented collaboration that included a number of timepieces produced expressly for the event.

Superlative designations tend to be short-lived in the Swiss watch industry, but no one is likely to surpass the volume of high-level achievements that Vacheron has put forth this year. As much as the anniversary collection pays homage to an illustrious history of mechanical triumphs, Vacheron Constantin’s modern-day human artistry deserves equal applause.