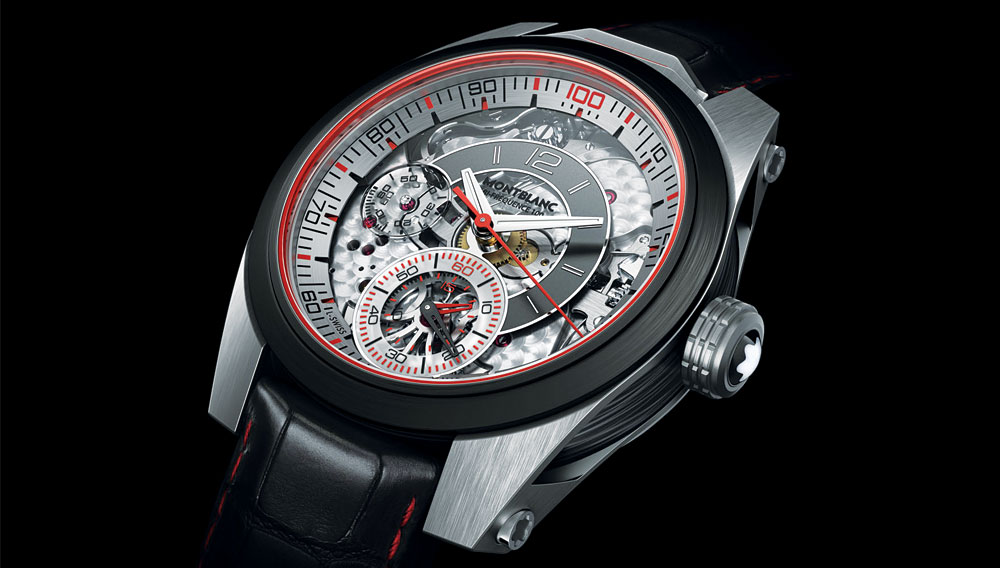 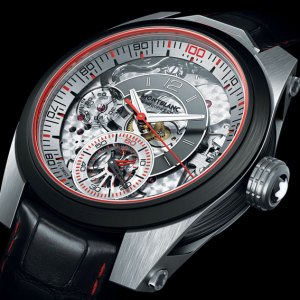 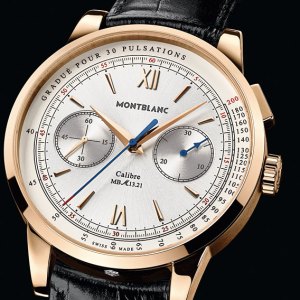 Last July, when Jerome Lambert was named CEO of the German luxury-goods maker Montblanc, the first task he set for himself was to impose a cohesive structure on the brand’s disparate watch collections by equipping its more moderately priced models with features from the topflight timepieces developed by the brand’s boutique manufacture in Villeret, Switzerland. “When I took over,” he says, “the only thing I asked was that we keep our [watch factory in] Villeret, because without it, you can forget about fine watchmaking at Montblanc.”

Although this former Minerva facility, which produces exquisite chronographs and exotic complications, was placed under Montblanc’s stewardship by its parent company Richemont in 2006, the operation was never completely integrated into Montblanc’s production of modernist timepieces. Lambert, however, saw an opportunity in this workshop, whose by-hand methods produce between 200 and 250 timepieces per year. “I was amazed at the technical capacity of the team,” he explains. “They still have a garage mentality, so this is where I want to do my prototyping for the rest of the brand.”

On assuming his new position (after a decade and a half as the CEO of the Swiss watchmaker Jaeger-LeCoultre), Lambert lost little time in the development of new watches. At January’s Salon International de la Haute Horlogerie in Geneva, Montblanc introduced a new collection of timepieces called Meisterstück Heritage along with several new, higher-end models, all of which were conceived and completed during Lambert’s tenure—an inconceivably short time for most developers. Some of these watches, such as the Timewalker Chronograph 100 (left), employ the exclusive movements coming out of Villeret; however, Lambert is quick to acknowledge that Villeret’s current production of around 250 movements per year will never be able to supply the vast quantities that the full Montblanc line demands.

Lambert has not only affected the brand’s technical direction, he has also introduced to many of the new pieces design touches that reflect his own watchmaking sensibilities. Thanks to his influence, for example, the latest version of the Homage to Nicolas Rieussec Chronograph incorporates more historical cues that link it to the groundbreaking 19th-century timing devices created by its namesake, while the new Meisterstück Heritage series (Meisterstück Heritage Pulsograph shown above) evokes the best of watchmaking traditions through such details as the curve of its dials, its indexes, and its sunray finish.

Indeed, Lambert’s personal stamp has been so significant that some have drawn comparisons between Montblanc’s new offerings and the output of the brand he previously oversaw, Jaeger-LeCoultre. When asked about these similarities, he responds without hesitation: “Well, even soccer coaches take a little style from their former teams along with them.”