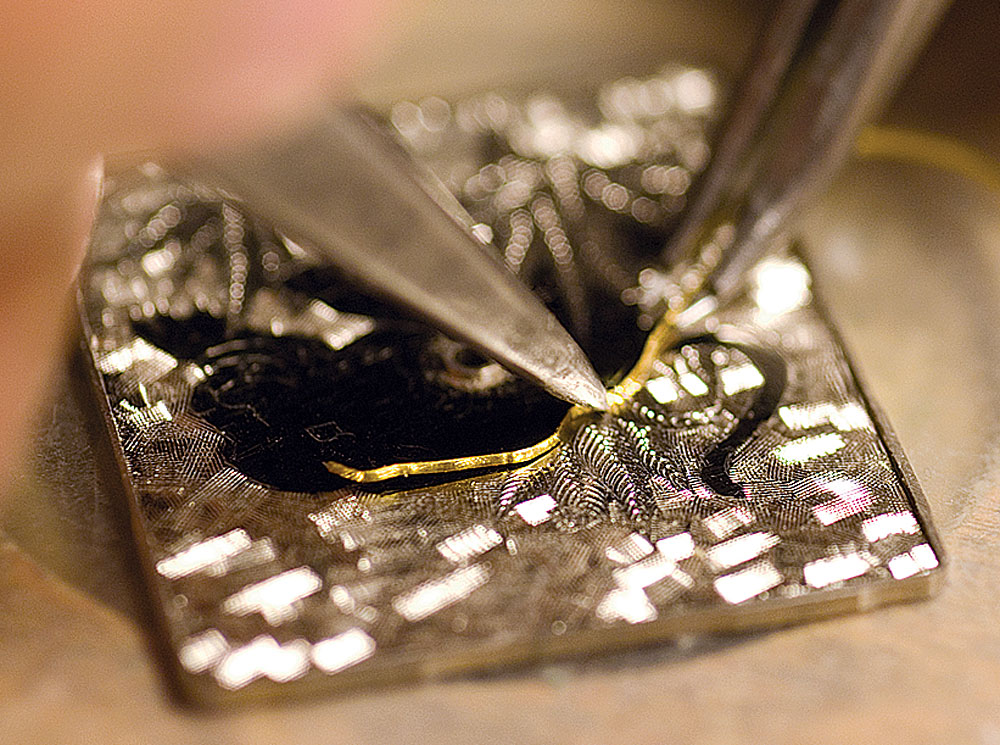 The earliest known examples of cloisonné are six gold rings dating to the 13th century B.C. that were discovered in a Mycenaean tomb in Cyprus in 1952. The technique, which further evolved in the Byzantine Empire between the 6th and 12th centuries A.D., spread to Western Europe and Asia, where the Chinese famously expanded the art form.

The French word cloison translates to “partition” or “cell.” To create a cloisonné watch dial, the artist etches the contours of the design on a gold or copper wafer and then bends a thin, flattened gold wire to follow the lines of the motif. The wire adheres to the wafer during a first firing in a furnace. The artist then fills the cells created by the wire outline with enamel, which consists of glass that has been ground to a fine powder. Metal oxides are added to produce colors, which emerge at different temperatures, so each piece must be fired multiple times in special ovens heated to between 1550 and 1650 degrees. After each firing, the dial must be allowed to cool slowly to room temperature under controlled conditions. At any stage, the dial can crack, forcing the artist to start again from scratch. Once the firing is completed, the wires are polished down to the level of the enamel composition, and the artist adds a final layer of clear enamel called fondant to seal the creation.