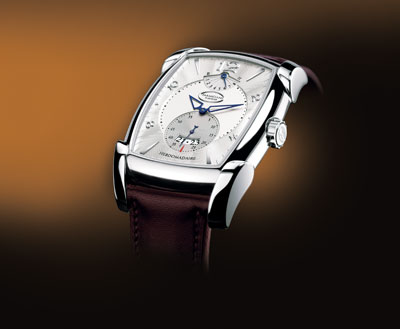 Despite Swiss watch design’s dizzying rate of evolution in recent years, much of mechanical watch technology has remained stagnant. Even the dazzling new complications that represent radical departures from traditional mechanics rely on basic components that have changed little since the mid-18th century. However, a handful of progressive watch manufacturers are tinkering with these fundamental regulating organs, introducing complex technologies and advanced materials in timepieces that are coveted for their experimental status and extremely limited availability.

Mechanical movements may trump more accurate quartz technology as the preferred métier for luxury watchmakers, but they still are dogged by a number of flaws that can mar the watch-buying experience, especially for the uninitiated who are unaware of their inherent quirks. Accuracy, for one, is far from ideal, and outside forces such as magnetism and temperature variations can produce errors that frustrate fastidious watch owners. Service can be another annoying experience; every three to five years, you can expect to relinquish your watch for several weeks for routine maintenance.

The use of metal parts, which require lubrication, causes many of these problems. The metal escapement assembly, a design that is virtually identical in almost every modern mechanical watch, is particularly troublesome. This component transmits the mainspring’s energy to the oscillating balance wheel, which divides the units of time. It is the heart of the watch—the part that ticks—and has been only partially modified since English master watchmaker Thomas Mudge invented it in 1757. The small, hook-toothed escape wheel (visible just under the balance wheel in most watches with sapphire exhibition back crystals) drives the balance wheel by interacting with two synthetic rubies known as pallet stones. The pallets create the familiar ticking sound and push the balance wheel back and forth, thereby dividing the time into units. “Conventional Swiss lever escapements are reliable, but they have to slide against the pallets in such a way that a lot of friction is created,” explains Dan Fenwick, technical manager at Swatch Group North America. “This is why they need lubrication, but the friction can break the lubricant down over time.”

George Daniels attempted to solve this problem by creating a coaxial escapement. His low-friction design, which Omega has incorporated into some of its watches since 1996, is based on a 25-year-old concept in which the escape wheel nudges, rather than slides against, the pallet stones. However, Omega still lubricates the escapement in these watches, minimizing some potential advantages of the design.

More recent developments from Patek Philippe and Ulysse Nardin may instigate dramatic changes in escapement design. Both advances are linked to the same Swiss research firm. In 2001, Ulysse Nardin introduced a radical carrousel tourbillon called the Freak, a brainchild of the brand’s technical director, Ludwig Oechslin. Deep within the confines of this bizarre-looking timepiece is a new escapement called the Dual Direct. The design utilizes two interlocking escape wheels to give energy to the balance wheel, and, because the wheel is made from silicon, the escapement requires no lubrication. Silicon, which is commonly used as a semiconductor, also possesses hardness and low-friction qualities, but manipulating the material on the minuscule scale of watch parts is extremely challenging.

Ulysse Nardin developed the technology to manufacture silicon watch components in cooperation with the Centre Suisse d’Electronique et de Microtechnique SA (CSEM), a privately held research company headquartered in Neuchatel. CSEM, which executives from a number of major watch manufacturers established during the 1980s, is, in effect, a little-known skunk works for the watch industry. While it has since broadened its scope to include a variety of other industries and disciplines, such as optics and nanotechnology, it still retains close ties with watch companies, many of which are clients. Swatch chairman Nicolas Hayek sits on the board, along with representatives from industry powerhouses Richemont and Rolex. The Ulysse Nardin project is one of the few that CSEM will disclose; most of its ventures remain secret.

For the Freak, CSEM originally cut the fine latticelike wheels for the Dual Direct escapement out of a silicon wafer using photolithography and ion etching, processes that enable the cutting of ultrafine patterns in a variety of materials, including silicon. Working with the German research company GFD, Ulysse Nardin revamped the Freak this year. It redesigned the escapement and for the wheels used nickel/phosphor, an even more advanced and durable material that performs with an increased frequency of 28,800 vibrations per hour. “The technology was unavailable when we first created the Freak,” explains Ulysse Nardin president Rolf Schnyder. “Silicon still has its merits, but we found this compound to have a higher resistance in our tests.”

Ulysse Nardin and GFD also conducted experiments using synthetic diamond, which, like silicon, can be formed into wafers and cut into low-friction escapement parts. After discovering that the material has outstanding elastic properties, the two companies used it to create a spiral hairspring, the delicate part that suspends the balance wheel. Synthetic diamond, however, proved far too costly a material for use in regular production, but Ulysse Nardin did employ the precious escapements in a limited series of Diamond Heart Freak watches released this year. The manufacturer is limiting production to 99 pieces, so the watch will be nearly as difficult to obtain as is a ride on the space shuttle.

Patek Philippe also is exploring the use of new materials for escapements, as evidenced by this year’s limited edition Annual Calendar. The watch features a conventionally designed silicon escape wheel that Patek Philippe, like Ulysse Nardin, manufactures using a process developed by CSEM. This lubrication-free wheel confers further legitimacy on the new technology, because it meets the dimensional and polish requirements for the Geneva Seal, the industry’s most firmly established and stringent quality standard.

“We’re starting to see some very specific results that are both usable for us and advance watchmaking,” says Hank Edelman, president of Patek Philippe North America. “We have always invested significant manpower and funds in developments that will keep us on the forefront of innovation. We put the wheel into a limited series of 100 to prove that this is a reproducible advancement and not just a one-shot deal.”

The Annual Calendar is highly coveted because it is a limited edition from a company that seldom releases them. Furthermore, the model’s status as a technically groundbreaking piece is heralded on the back by the Patek Philippe Advanced Research hallmark and a magnifying crystal that showcases its advanced engineering.