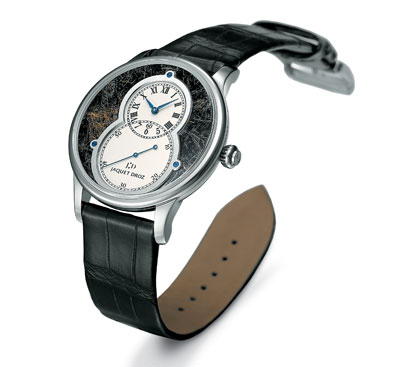 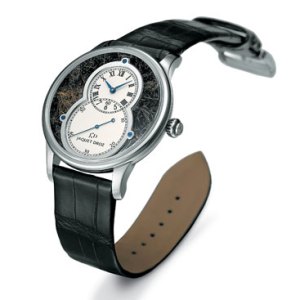 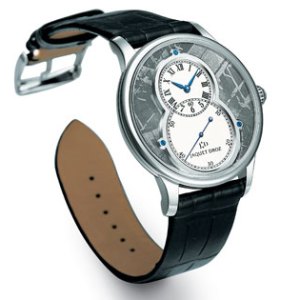 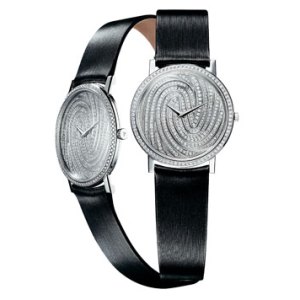 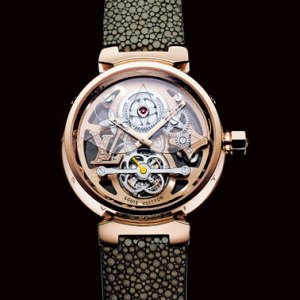 Bentley’s Mulliner workshop, located within the carmaker’s headquarters in the town of Crewe in the northwest of England, regularly fills requests for custom interior leathers and woodwork and a variety of more technical alterations. Indeed, an important part of the purchasing process is making selections that tailor the Bentley to your tastes. Breitling, which for years has partnered with the automaker to produce Bentley-inspired timepieces as well as clocks for their cars, adopted the customization concept for its Mulliner Tourbillon, a watch that debuted this year.

While you cannot alter the Renaud et Papi tourbillon/chronograph movement in this watch, just about everything else can be modified through a process that makes the end result easy to visualize. After you place an order for a Mulliner, a Breitling representative will travel to your city to meet you, bringing with him samples and swatches of the available options. You choose the case metal, the color and design of the dial, the leather for the strap, and the burlwood veneer used for an inset ring on the caseback. The wood varieties and the color combinations correspond to the Bentley palette, which enable you to coordinate the timepiece perfectly to a Continental GT or Flying Spur.

Breitling is not alone in recognizing the appeal of customized timepieces. Several other top-tier Swiss watch manufacturers have introduced models with similar options, allowing you to be involved in the design processes, much as you would alter the details of a made-to-measure suit. While such modifications enable you to own a unique watch, these are not truly custom timepieces. Absent from these processes are the back-and-forth negotiations, exchanges of sketches, in-depth research, and experimentation that define true custom watchmaking. They involve only the selections of options.

Nevertheless, choosing from a vast array of possibilities can be a formidable undertaking. When Jaquet Droz introduced its Grande Seconde models three years ago, it recognized that the large area of open space surrounding its characteristic inset dials presents a range of decorative possibilities. Jacquet Droz initially embellished the space with elaborate and colorful enameling for a series of limited editions. As the company expanded its operations and its dial-making capabilities, it began offering dials made from a wide selection of minerals and semiprecious stones: Meteorite, obsidian, slate, lapis, coral, and jade are just a few of the choices. The company selects certain stones for their beauty and intriguing provenance and slices them into thin wafers for placement on the dial. “Making these dials is technically challenging,” explains Manuel Emch, CEO and president of Jaquet Droz. “The natural striations can make many pieces quite brittle, but visually, of course, the irregularity only adds to the beauty.”

Many of the stones have unique visual characteristics. Spectrolite, for example, possesses a multicolored iridescence that endows the material with a multidimensional quality. Rutilated quartz has sharp metallic linear inclusions, or needles, scattered throughout. Perhaps the most compelling material is a salmon-colored specimen of petrified blue-green algae that exhibits dramatic whirls. The material is the fossil record of the first form of life on earth.

At Piaget, clients can celebrate a more contemporary life-form: themselves. Dials with abstract patterns distinguish a new ladies’ collection called Fingerprint. As the name suggests, the dial designs depict the watch owner’s fingerprints. To obtain one of these pieces, the client first must submit to a kind of booking, where her fingerprints are recorded. Piaget’s jewelers then create a design with swirling diamond rows that approximate the fingerprints’ cores, ridges, and bifurcations. Piaget also offers a matching pendant to complement the watch.

Because of the limitations of industrialized manufacturing processes, most watchmakers will make only aesthetic alterations. The notion of a specialized movement, however, is enticing. With its latest complicated watch offering, Louis Vuitton attempts to satisfy such a craving. When you purchase the built-to-order Tambour Tourbillon, the company offers many basic options, such as the choice of case metals and strap materials and various jewelling treatments. But it also will modify the appearance of the movement.

As a newcomer to the world of luxury watchmaking, Louis Vuitton must rely on outside suppliers for many of its watches’ components. La Joux-Perret (formerly Jaquet) furnishes the tourbillon movement, altering its tried-and-true configuration to suit the Tambour design. The tourbillon is noteworthy because Louis Vuitton will customize its third wheel bridge, which is located to the left of the cage and is visible through a transparent sapphire dial. The company commissions independent Swiss artisans to cut away the material of this plate-like structure to form initials or symbols and then embellish them with gems, enameling, or engraving.

“Louis Vuitton has always been known for its custom services, particularly with its trunks,” explains Albert Bensoussan, Louis Vuitton’s head of watchmaking. “When we set up our watchmaking operations, we sought suppliers with the specific goal of doing special alterations for our customers. We present our customers with drawings of how we will realize their ideas, and then six to eight months later, they receive their watch in a Louis Vuitton trunk—made to their specifications, of course.”