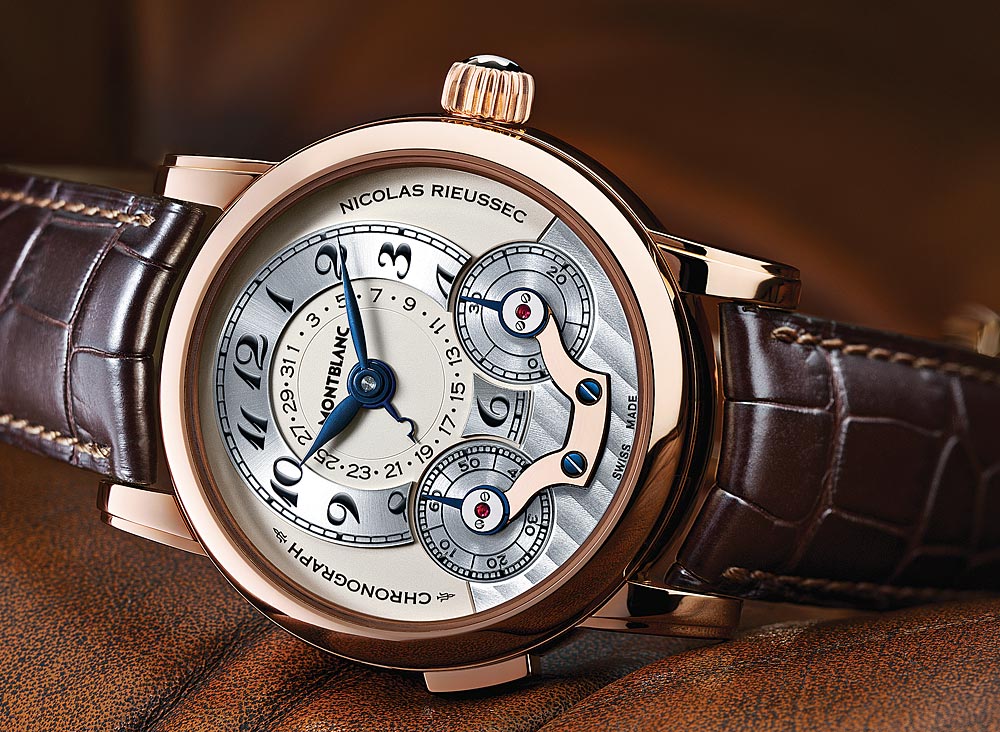 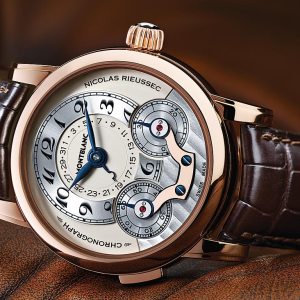 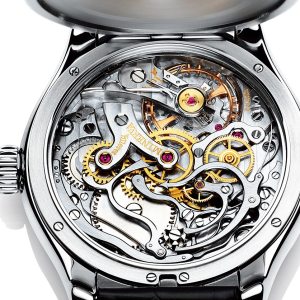 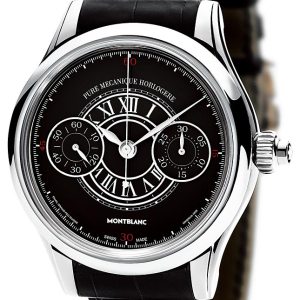 Montblanc has become a watchmaker worthy of a collector’s attention, thanks to its own initiative and a strategic union with a well-regarded industry brand. The German company, which is best known for its pens, solidified its watchmaking credibility earlier this year when it completed the Star Nicolas Rieussec. The chronograph features a movement that the brand developed at its manufacturing facility in Le Locle, Switzerland.

But just as essential to Montblanc’s ascent was the acquisition, two years ago, of the small and relatively unknown watch manufacturer Minerva by the luxury conglomerate Richemont, which has owned Montblanc since 1998. Instead of financing the marketing and distribution of another watch brand in its already large portfolio—which includes, among others, Jaeger-LeCoultre, Piaget, and Vacheron Constantin—Richemont entrusted Minerva to Montblanc.

The two brands seem mismatched, because Minerva’s low-output, mostly manual production process differs so much from Montblanc’s modern manufacturing methods. Despite those differences, Montblanc has embraced, even enhanced, the unique culture at Minerva. “The principle is to deliberately make things by hand, and to deliberately design things so that they cannot be made by machine,” Alexander Schmiedt, the manager of strategic marketing projects at Montblanc, says of Minerva.

At the time of the purchase, Schmiedt and other Montblanc executives recognized Minerva’s potential and the way it could represent Montblanc’s best opportunity to become influential in watchmaking. “Minerva was an uncut jewel,” Schmiedt says. “It was not moving many pieces commercially, but it was one of the last independent companies that still made their own movements.”

Minerva, which celebrated its 150th anniversary this year and was privately owned until Richemont bought it, specializes in mechanical chronographs and stopwatches. It produces these works in the town of Villeret in Switzerland’s Jura Mountains, at a small facility now known as the Institut Minerva de Recherche en Haute Horlogerie (the Minerva Research Institute in Fine Watchmaking). Its calibers, particularly those produced early in the 20th century, were noted for their consistent quality, though Minerva did not design its timepieces for the top of the market.

That strategy began to change in 2000, when Italian investor Emilio Gnutti bought Minerva from the Frey family, who had owned it for much of the 20th century. The collection that Minerva now produces for Montblanc, the limited-edition Montblanc Collection Villeret 1858, owes much of its character to the changes that Gnutti implemented just before he sold the brand to Richemont. Gnutti’s technical director, Demetrio Cabiddu (who is the master watchmaker under Montblanc’s stewardship), began developing the movements that now drive Montblanc’s Collection Villeret 1858.

These movements, which include two push-piece chronographs—one larger than the other—and two hand-wound movements, are built to classic design specifications. “[Minerva] deliberately went back to the old ways,” Schmiedt says. “The chronographs are made with a horizontal coupling instead of the modern vertical clutch design. All the movements feature large balance wheels and low frequencies of 18,000 vph [vibrations per hour].” The designs underscore the brand’s independence: The unusual balance arrangement requires Minerva to produce its own hairsprings to drive the movements.

A collector of contemporary watches might not appreciate the significance of these features. Many of the large brands that have developed their own modern chronograph movements extol the benefits of the modern vertical clutch, which engages the chronograph mechanism on command. Such a design, these brands note, prevents the second hand from jumping when the chronograph is engaged and reduces any effect that the engagement has on the watch’s amplitude. Another, less trumpeted benefit is that the vertical clutch can be assembled with minimal hand adjustment. Likewise, modern, small balance wheels operating at higher frequencies can be regulated more quickly and easily.

But convenience is not necessarily a virtue. Many watchmakers and collectors prefer manual-wind, lateral-clutch chronographs, specifically because they require time and experience to adjust. The teeth of the wheels must mesh smoothly, and the reset hammers—the flowing, looping levers that you can see on the back of the movement—must be just the right length to perform their function. The smooth action of the chronograph testifies to the quality of the watch and the amount of time spent making it.

That time requirement imposes severe limits on production. Minerva will build just 67 examples (one in platinum, eight in white gold, and 58 in rose gold) of each of the four models. The chronographs ($62,500 to $126,400) feature Grand Feu enamel dials, and the hand-wound models ($49,200 to $110,400) have guilloche dials. Inside each watch is an even more interesting feature: a zero-reset function that enables the wearer to adjust the watch precisely. The function, which is operated through the crown, derives many of its components from the chronographs, including the clutch and reset hammer. The feature is clearly overbuilt, but it represents the company’s philosophy of crafting highly aesthetic watches by hand.

In October, as a celebratory note for Minerva’s 150th anniversary, Montblanc unveiled the final piece of its inheritance from the brand’s previous owners: the Grand Tourbillon Mysterieuses. The watch has hour and minute hands mounted on transparent sapphire disks, as a mystery clock does, and an oversize Minerva balance in the tourbillon cage.

Minerva’s collector-friendly qualities seem to have overshadowed Montblanc’s new movement-making capabilities, which it initiated long before receiving the windfall from Richemont’s purchase of Minerva. Four years ago, Montblanc began working on the movement that the Star Nicolas Rieussec showcases. That watch, too, is a chronograph, and though it has a modern vertical clutch—a contribution from Richemont’s interbrand technical team—it also sports a unique design that employs rotating disks instead of subdials for counters.

The movement is a paean to Rieussec, who in 1822 invented the chronograph, which first recorded time—in a neat parallel for penmaker Montblanc—with ink. Rieussec’s first mechanism, a bulky device that was originally used to record horse-racing finishes, also sported twin rotating dials. An inked nib marked the elapsed time on these discs, hence the roots of its name: chronos, which in Greek means “time,” and graphein, which means “to write.”

Schmiedt acknowledges that the presence of Minerva in tandem with Montblanc’s own movement development has created a duality for the brand, but one with a precedent. “Our operation in Le Locle is craftsmanship, but it is also industrial production,” Schmiedt says. “But in pens we have the same thing. We produce our more commercial lines in Hamburg, but we also have our Artisan Atelier, which does limited editions and bespoke work at the very highest level.”