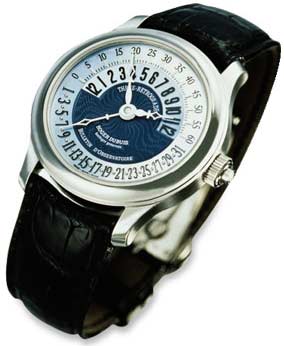 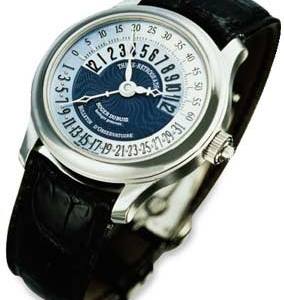 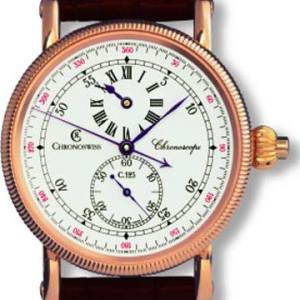 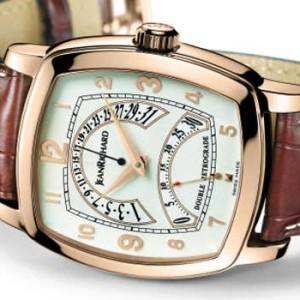 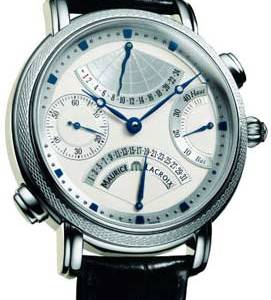 A wristwatch cannot be considered truly complicated unless it is also complicated to read. Such, it seems, is the thinking of a select group of Swiss watchmakers—including some of the industry’s celebrated geniuses—who specialize in retrograde and regulator timepieces. At first glance, these one-handed watches with the strange dials appear to have been designed purely to thwart the way we learned to read a clock as a child. But don’t dismiss them as mere gimmicks, for their lineage can be traced back centuries. Perhaps genius is exactly what is required to transform these historical mechanisms into some of watchmaking’s most up-to-date design statements.

While a seasoned collector will instantly recognize a retrograde’s idiosyncratic appearance, even a novice cannot miss the distinctive linear dial design. Instead of rotating around the central axis, the retrograde’s single hand moves along a row of markers until it smartly snaps back to the beginning. It is this flyback action that makes the retrograde so seductive. Watch devotees may deny how much time they spend admiring their various dials, but we know better. After all of those creeping minutes and hours, the action of the retrograde must seem like a cathartic release—a horological climax that no doubt causes a little fidgeting in the staid halls of the most Calvinist watch manufactories. Conservative Patek Philippe, for instance, employs the retrograde only for the date in a few of its perpetual calendars. Once a month, apparently, is enough excitement from such an immoderate hand.

Actually, Patek Philippe bears more than a little responsibility for the popularity of retrogrades, which is a modern phenomenon. Retrogrades have been titillating pocket watch owners for almost 300 years, but only a handful of individual wristwatches were made with this feature until Patek Philippe began regularly producing retrograde perpetual calendars in the early 1990s. From there, the idea was seized upon by fashion-conscious watchmakers such as Gerald Genta and Franck Muller, who rightly sensed the avant-garde appeal of a flyback indicator.

A retrograde, in fact, is a relatively simple mechanism that sits between the movement and the dial. With enough skill and imagination, it can be employed for just about any display—from seconds to date—that a watch can offer. The best of today’s retrogrades possess both the flavor of traditional Swiss watchmaking and striking, almost daringly offbeat style.

“If you think of a watch as a beautiful woman, then a retrograde is like a great pair of legs,” says Steven Holtzman, president of Roger Dubuis North America, a company that is not shy about bestowing such liberal endowments on its timepieces. Dubuis’ current tour de force is a triple retrograde calendar, a watch that will command the regular attention of its owners when, at midnight at the end of every month, all three hands (minute, hour, and date) fly back simultaneously—now that’s something worth staying up for.

Pierre Kunz, who developed a taste for retrogrades while working with Franck Muller, has discovered a way to keep the collector’s eye fixed on the dial in perpetuity. Kunz’s latest timepiece, the Triple Retrograde Seconds, displays an ongoing horological relay race with three retrograde dials that tick off the seconds in 20-second increments. When each hand finishes its segment, it jumps back and the next is activated, like runners passing the baton. The watch’s perpetual motion represents one of the most dynamic applications of retrograde mechanics to date.

The regulator, that other timekeeping oddity, looks just as strange as the retrograde, but its flavor is entirely different. While the retrograde is fashion and flash, the demure regulator is more a paean to the history of timekeeping, though it is not any easier to read. At first glance, the regulator resembles nothing more than a watch whose hour hand has been misplaced. But there is logic to this design that references early clocks rather than early watches.

One pioneer of the regulator movement was the maverick 18th-century English clockmaker John Harrison, who devoted his entire life to creating a timepiece accurate enough for mariners to determine their correct longitude. Harrison’s elaborate experimental clocks are regarded as some of the first regulators ever developed.

As the name implies, regulators were highly accurate clocks used in observatories and for setting other timepieces in the mid-18th century. These clocks owe their accuracy, as well as their appearance, to a simplified gear train in the movement. At the time, the extra gears required to rotate the hour hand on the same axis as the minute hand produced too much “slop” for a truly accurate timepiece. So, in the interest of heightened accuracy, the minute hand was eliminated.

Like their retrograde cousins, wristwatch regulators are a modern development, credited mainly to German watchmaker Gerd-R. Lang of Chronoswiss, who unveiled the first regulator wristwatch in 1988. Although a handful of other brands, including Breguet and Dubey & Schaldenbrand, have produced regulator models, Chronoswiss has made the obscure form a specialty, designing not only a Régulateur Tourbillon but also an integrated chronograph, the Régulateur Chronoscope, which is new this year. “The Englishman John Harrison may be my greatest idol,” says Lang. “My Régulateur has a very personal character and a special appeal for collectors and people with a consciousness for history.”

The story of John Harrison’s life and work, however, is not without irony. Technical improvements in modern watches would eventually nullify any advantage in accuracy that regulators once offered. Harrison reached a similar conclusion back in the 18th century. After almost a lifetime of fiddling with regulator clocks, his final and most accurate timepiece was none other than a conventional two-handed watch.

History notwithstanding, the most compelling reason to own a regulator or a retrograde is that each is resolutely unconventional. In a sea of customary timepieces, they are refreshingly interesting—a quality that can make relearning how to tell time a distinct pleasure.