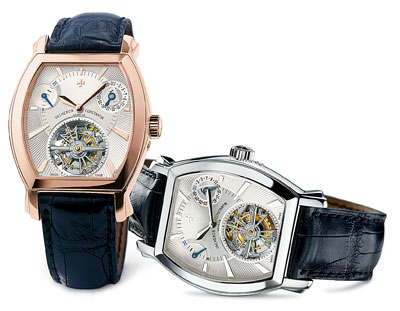 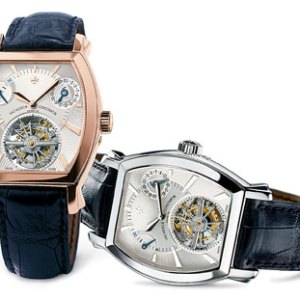 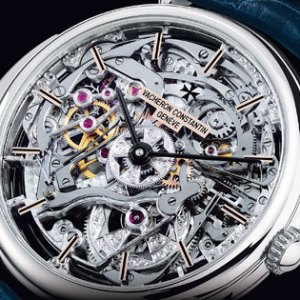 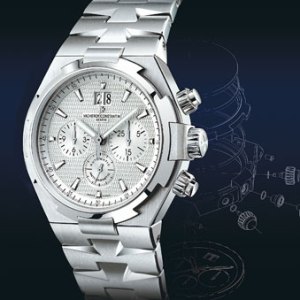 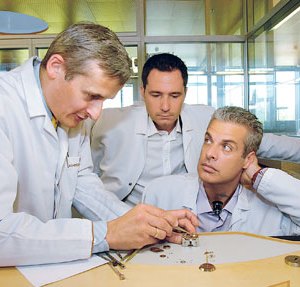 Exploring the factories of the most prominent Swiss watchmakers requires an invitation, but even if they do open their doors, you may never see what really makes them tick. Though I had visited Vacheron Constantin’s suburban Geneva manufacturing facility before, I eagerly accepted a recent invitation to accompany acclaimed chef Eric Ripert on a tour. I was intrigued to observe how a culinary artist such as Ripert would perceive the art and craft practiced by the world’s oldest watch company. I also was curious to learn how he would react to the notoriously odd and introspective personalities who occupy Switzerland’s watch benches. And I was anticipating how a brand of Vacheron’s status would entertain the executive chef of New York City’s Le Bernardin.

This final thought apparently occurred to Ripert as well: Upon meeting me and shaking my hand as we board our flight in New York, he says, “We ought to be in for some really great meals.”

The 41-year-old, French-born Ripert is tall and appears fit and youthful, despite a head of silvering hair. He attributes his good health not to exercise, which he seldom practices, but to the quality of his diet. Since becoming executive chef at Le Bernardin in 1995, Ripert and Le Bernardin have drawn praise and awards from the media and from respected food organizations. Despite his many accolades, Ripert exhibits a grounded, genuine personality and a keen sense of humor. Watches are among his interests—he owns a modest number of Vacherons, including a Malte Tonneau Calendar model and a steel Overseas sports watch—though he had never before experienced Switzerland’s watchmaking culture firsthand.

Julien Tornare, Vacheron Constantin’s North American president and a regular patron at Le Bernardin, arranged Ripert’s tour, which includes visits to the brand’s museum in central Geneva, its new headquarters and factory in nearby Plan-les-Ouates, and its complication specialty workshops in the Vallee de Joux. Unlike some fanatical collectors who frequently visit the factories to devour any insight into the intricacies of the movement mechanisms, Ripert, like many first-time visitors, is most surprised by the degree of attention that the watchmakers lavish on seemingly insignificant components. Vacheron Constantin is known for its obsessive finishing of both case and movement, so Ripert receives a thorough education in the meticulousness that defines high-level watchmaking. Although its workshops utilize the automated CNC (computer numerical control) machinery that is common to all modern manufactures, Vacheron continues to practice many traditional hand-finishing techniques, which provide Ripert with ample opportunity to observe the artful, human side of watchmaking.

As he walks past rows of watchmakers who are hunched over their benches and working silently, Ripert cannot contain his enthusiasm and awe. While watching a polisher perform the 10-hour polishing process on each spindle-shaped bridge of a tourbillon, his eyes widen and his mouth opens slightly. “Ten hours for a single bridge!” he exclaims. “How can you run a business like that?”

At Vacheron Constantin’s Vallee de Joux facility, master watchmaker Rudolph Bull guides Ripert through the complete manufacturing process, from the milling of the plates through the application of aesthetic finishes. These finishes include the circular-grained perlage, which is applied by hand to flat surfaces, and the beveling that shapes the edges of the components and is polished enough to produce a reflection. Occasionally, Ripert transfers his gaze from the work itself to the face of the person who, working with a microscope, executes the stultifyingly repetitive operations. “You have to have a degree of insanity to work this way,” Ripert says, shaking his head as we exit the building. “You can see it in their eyes; they don’t shine the way a normal person’s do.”

The tour also exposes Ripert to the craft’s more creative aspects of design and high-complication development. For example, Jean-Pierre Kircher, one of the company’s minute repeater specialists, demonstrates for Ripert how he alters the musical watch’s sound by slightly adjusting the tension of the metal wire gongs, one of the most difficult and subtle operations in watchmaking.

That evening at Domaine de Chateauvieux, one of the region’s highly acclaimed restaurants, resident chef Philippe Chevrier presents Ripert with an inscribed cookbook—the established form of salutation between culinary heavyweights. Following a stellar meal that includes tempura frog’s legs, curried fish, and other delicacies, a satisfied and relaxed Ripert compares watch production to his own exacting culinary methods. “Cooking, obviously, is a more instinctive art,” he muses. “When I take something out of the oven, it is from my own instinct as to what the heat is doing. The closest parallel in watchmaking, I think, is adjusting a minute repeater, which reminds me of the way a saucier makes little changes to the flavor.”

Vacheron Constantin has been called the “most French” of the great Geneva watch houses because of the sweeping lines and balanced proportions of its designs. This portrayal perhaps also refers to Vacheron’s ability to celebrate mechanical watchmaking with a joie de vivre that stands in stark contrast to the seriousness of its rivals. Yet the company’s French essence manages to coexist harmoniously with the Swiss mania for fastidiousness and precision, as exemplified by watchmaker Bull, as he stands with his hands behind his back glowering at Tornare for leading our party to the next appointment a tad late from lunch.

Ripert surely can relate to such duality, as Le Bernardin has stood as an island of French culture in New York City. And while the aesthetics of mechanical watches may originally have led Ripert to obtain his timepieces, his tour has provided him with a more intimate insight and appreciation of the traditions and culture of this centuries-old craft. “The quiet and concentration is like a Zen experience,” he says of the factory’s ambience. “I don’t think I will ever look at my watch the same way again.”