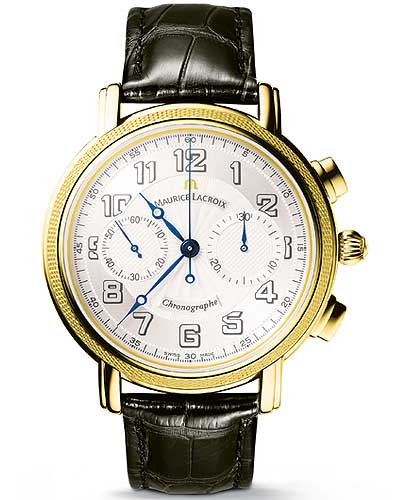 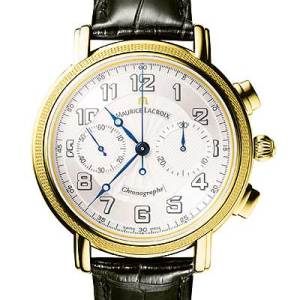 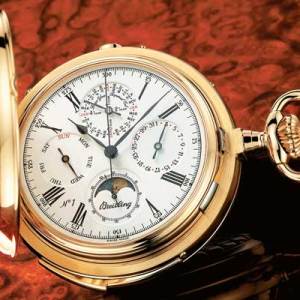 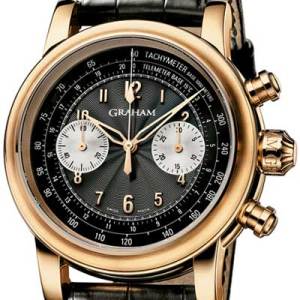 The adage that one man’s trash is another man’s treasure holds true even in the upper echelons of Swiss watchmaking. Once considered virtually worthless, vintage mechanical movements are playing starring roles in some of today’s most compelling timepieces. The latest watches that are powered by these mechanisms—produced decades ago by companies long defunct—stand in stark contrast to most contemporary watches, which rely on a small number of movement types made by an even smaller number of suppliers. Timepieces containing these aged movements embody some of the most coveted qualities of fine Swiss watches. Long out of production, vintage movements are available in tightly restricted quantities, dictating that few new timepieces can be produced using them and endowing those watches with limited-edition exclusivity. And because they house authentic mechanisms from an earlier era, these timepieces have a very real connection with watchmaking’s heritage.

You may not be familiar with names such as Enicar, Vénus, and Unitas, but these companies were well known by watch connoisseurs during the 1940s, ’50s, and ’60s, before quartz nearly destroyed the Swiss watch industry. Watchmaking was a different business then. Unlike today—when monolithic holding companies such as Swatch Group own and control the few movement manufacturers that have remained in business—watch manufacturers could choose from a variety of smaller, independent movement suppliers, many of whom were known for particular specialties. The advent of inexpensive quartz movements in the early 1970s changed all that.

Quartz was a cataclysm for traditional watchmaking, and stories abound of manufacturers melting down their finely worked gold movements to pay their bills. Many of the small independent movement makers shut their doors, and across Switzerland, stocks of movements and parts were liquidated at fire-sale prices, or they languished in cabinets.

The crisis proved to be an opportunity for Cinette Robert and other visionaries in the watch industry who questioned the popular assumption that the mechanical watch was a thing of the past. An expert on antique horology, Robert bought

wherever opportunity arose, building a cache of movements and parts that formed the basis for a movement brokerage business in the 1980s and eventually the relaunch of the Dubey & Schaldenbrand marque in the early ’90s. “Even the big brands were selling absolutely everything,” says Robert. “I found things that I recognized as historic—early automatic movements—and had a chance to build a stock of them. These movements were not complete, only a collection of parts, because the factories were clearing out everything. So I had to work to make sure I had all of them.”

The spirit of yesteryear’s watchmaking is central to Dubey & Schaldenbrand’s collection. The vintage movements Robert has collected are released in special-edition timepieces and decorated with engraving. The impressive, retro-inspired dials only reinforce the vintage spirit of the brand. This year, the company released three numbered series of round-cased models with the manual-wind Vénus 220 movement ($5,950) and another series powered by the Vénus 227 ($6,950) with a date indicator. Total production will be only 200 pieces.

Not everyone in the industry was as prescient as Robert, but others soon caught on. Since the 1980s, vintage movements have become progressively more difficult to obtain, and the resurgent popularity of mechanical watches over the past decade has caused supplies to dwindle further. Brokers who used to be resources for older movements have disappeared, as have their inventories, which means that companies looking for sufficient supplies to create a contemporary limited edition must rely on the auction market to find them. Nevertheless, windfalls still occur, and musty cabinets in Switzerland occasionally yield the building blocks for exclusive sets of watches.

In certain cases, watch manufacturers have to acknowledge that they just do not make them like they used to. High-end chronographs are a notable example. Chronograph movements featuring the desirable column-wheel construction are becoming scarcer as the conglomerates, such as Richemont and the Swatch Group, allocate their best and most exclusive chronograph movements to their premium brands. Smaller companies, which rely on those large suppliers, often must choose between movements designed primarily for economy and add-on chronograph modules. Therefore, an older movement is an attractive alternative for a small company that seeks to offer the highest-quality mechanisms.

Vénus was an important movement supplier known for its chronograph calibers produced from the 1920s through the mid-’60s. The more desirable calibers featuring the column-wheel construction are now coveted by contemporary brands interested in releasing limited-edition, vintage-movement timepieces.

For Maurice Lacroix, the acquisition of 300 Vénus 175 chronograph movements prompted the release of a Masterpiece Vénus limited-edition chronograph. The entire Masterpiece collection showcases horological design elements of the past. A guilloched case, period dial, and extensive hand-finishing on the movement are some of the enhancements the company has added to the Masterpiece Vénus, which, at $22,500 in white gold, will be the most expensive timepiece the company has ever produced.

Old movements used in modern timepieces often are not identical to those found in period watches. In many cases, they have been altered with small tweaks such as modern shock protection. Others have undergone more extensive modifications. The Graham MasterSplit from the British Masters also contains the Vénus 175, but it serves as the base movement for the elaborate split-seconds chronograph complication. The watchmaker uses the Vénus because of the movement’s compatibility with the single-action (the watch uses two pushers instead of three), split-seconds mechanism of the complication. “Our movement supplier, Jaquet, has a cache of these Vénus movements, and they do the modification especially for us,” explains Eric Loth, CEO of the British Masters. “We have used antique movements previously, but only when we find a real jewel. Many of them are junk.”

Older movements are even more of a staple at Chronoswiss. It has created what amounts to a proprietary base movement from a stock of old movements by Enicar, which ceased production in the 1970s. Chronoswiss founder Gerd Lang claims to have purchased the entire remaining supply of the automatic Enicar 165, and his modifications to the winding assembly and dial train make the resulting movement a Chronoswiss exclusive. Lang also selected this movement as the platform for some of his most intriguing watchmaking. The signature Regulateur, the retrograde-minutes Delphis, and the much-praised Chronoscope are all based on the adapted Enicar movement, which this year was further modified with a quarter repeater.

Although many of the vintage movements are being resurrected in reasonably priced watches, they clearly have a presence at the top of the pyramid as well. Breitling, for instance, is using the auction market to showcase a series of pocket watches it built using unfinished movements from the company archives. These movements, originally supplied to Breitling by LeCoultre more than 100 years ago, were a fortuitous find. During the economic upheaval of the 1970s, much of the company’s stock of older movements was sold, but somehow this cache was overlooked. After being reconstructed and finished with the help of specialty house Dubois Dépraz, these revitalized mechanisms are powering watches that command astronomical prices. A set of four different complications sold for nearly three-quarters of a million dollars last year. A grand complication pocket watch dubbed the Bentley Masterpiece is scheduled to be auctioned later this year. Such pieces are light-years away from Breitling’s current offerings and clash with the company’s present image, but they are legitimate collectibles because of the respected heritage of both Breitling and LeCoultre, and, more important, because the nature of the movements guarantees they will never be duplicated.

Despite the romantic allure of owning a watch with a classic movement, it pays to remember that some important differences separate older movements from their modern peers. While some of the vintage movements may be as accurate as modern mechanicals, they are often more delicate and require gentler handling. Service also poses challenges. Maurice Lacroix is holding back a full 20 percent of its antique movement supply to maintain an inventory of spare parts, and Dubey & Schaldenbrand employs veteran watchmakers with experience in older designs. Both are finite resources.

But if you, like many people, are irked by the remarkably wide array of watches with the same unremarkable movements inside, owning something distinctive may be worth the inconvenience. With movements that have been picked from the past and fervently restored or modified, these timepieces have soul. And that is a very rare commodity.