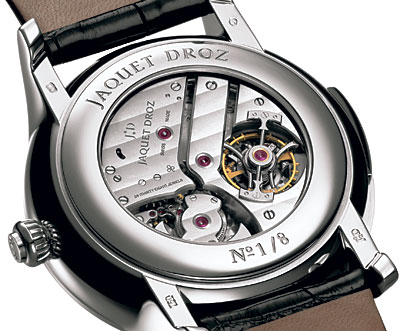 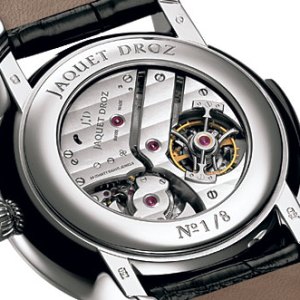 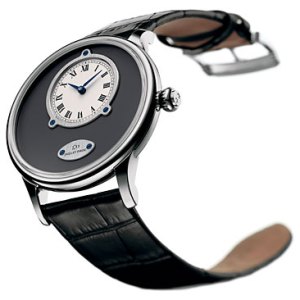 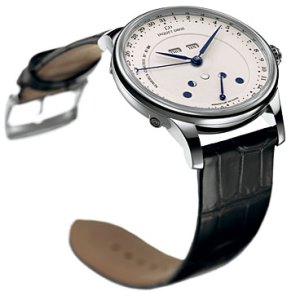 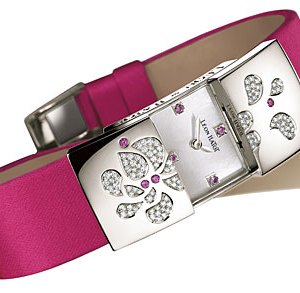 Pierre Jaquet Droz, one of the most noted watchmakers of the 18th century, might find it surprising that his return from oblivion has come not as advertised in the book of Revelation, but at the hands of a modern watch conglomerate. His name and legacy, along with that of Léon Hatot, the 20th-century master of Art Deco jewelry watches, were recently revived under the auspices of the Swatch Group, the Swiss holding company that, with its resurrection of Breguet and Blancpain, has become the authority on resuscitating once-prominent but later ailing or deceased brands.

Besides being one of Switzerland’s best-known industrialists, Swatch Group Chairman Nicolas Hayek is also a voracious collector of antique watches, which explains his fascination with historic watchmakers. Hayek has astutely gauged the value of antique watches themselves and the potential value of the legacies they represent. But Hayek understands that to revive the Jaquet Droz and Léon Hatot names, he must do more than simply re-create historic masterpieces. Instead, Swatch has developed modern collections infused with the creative flavor characteristic of these two masters’ works.

Jaquet Droz was an esteemed maker of pocket watches and clocks, and purportedly the first watchmaker to establish an atelier in Geneva proper, in 1784. A pioneer in classic decoration techniques including enameling, jeweling, and flinque (a form of engraving similar to guilloche), he expressed his mechanical aptitude in a series of automatons. These fantastically complex mechanical figures or scenes were collected as objets d’art, but they had little to do with timekeeping. Jaquet Droz’s company continued for roughly 100 years before sputtering to a close in the late 19th century. The Jaquet Droz name was revived briefly in the 1950s and again in the ’80s, but that entity, which Swatch purchased in 2000, operated on only a small scale, serving private clients including the king of Morocco and the sultan of Brunei.

Establishing a modern collection that was true to the Jaquet Droz legacy yet also appealed to contemporary tastes posed no small challenge for the Swatch Group; it initially relaunched the brand with pedestrian chronograph and power reserve models. The breakthrough came three years ago, when Manuel Emch, the brand’s managing director, who also is a designer, discovered an original, relatively simple Jaquet Droz pocket watch at an auction. The piece was distinctive because of its unusual dial composition, which featured a large seconds subdial beneath a smaller, off-center hours and minutes display. “When I saw it, I immediately saw the possibilities,” says Emch, “so we bought it.” The unconventional layout soon became the basis for the Grande Seconde models and, after various modifications, evolved into the signature look for the entire brand.

Today’s Jaquet Droz collection is intended to uphold the watchmaker’s legacy, cosmetically as well as technically. The Swatch Group has invested resources in developing exclusive complications for the watches, many of which are limited editions of one, eight, or 88 pieces (eight is considered a lucky number in Asia). As is common among contemporary watch collections, Droz’s complicated models are constructed by combining a base movement with a complication module, but the Droz watchmakers do not simply purchase these parts and plop them into the case. The brand’s team in La Chaux-de-Fonds uses high-quality Frederic Piguet (another Swatch entity) base movements to drive the collection, which includes a tourbillon minute repeater ($300,000), an equation of time ($35,000), and a modified single push-button chronograph ($22,900) featuring an hour counter and an off-center hours and minutes display to maintain the look of the Grande Seconde.

The unusual layout of the Grande Seconde dials also has afforded the company a chance to create some visually striking pieces by inlaying rare materials such as rutilated quartz or meteorite in the open spaces around the dial displays. You also can select an alternate material of your choice, provided the watchmakers can work with it. This ability to customize approaches the spirit of 18th-century watchmaking, when nearly every watch was a pièce unique.

In contrast to its acquisition of Jaquet Droz, the Swatch Group did not purchase Léon Hatot as a fully functioning company, but rather as a brand name that came with a valuable collection of 5,000 pre–World War II renderings from the Hatot archives. The legacy that these documents represent is no less significant than that of Jaquet Droz, because Léon Hatot was pivotal in bringing the Art Deco look to watches and jewelry.Hatot began his career as a designer of jewelry and jewelry watches prior to World War I, at the end of the Art Nouveau period. He remained an obscure figure until after the war, when the watches he designed gained him recognition at the landmark 1925 Paris exhibition and placed him at the forefront of the Art Deco movement.

Swatch entrusted the task of transforming Hatot’s vintage designs into a modern collection to Arlette Emch, one of the group’s most experienced executives, and also, not so coincidentally in the interrelated Swiss watch industry, the mother of Manuel Emch at Jaquet Droz. Ms. Emch distilled four initial collections from Hatot’s archives, each centered on a watch with various pieces of complementary jewelry. Each collection borrows various elements from the original Hatot designs, including colored cabochon gems, mother-of-pearl inlays, and muted accents of onyx and coral. “For some of the collections, the link is rather direct,” Emch explains. The Zelia watches, which range from $5,300 to $17,600, are similar to an original design created by Hatot in the 1920s. “For other models, the inspiration lies in a design element—sometimes the design element of a watch is used to inspire jewelry, and vice versa,” she says.

A common thread throughout the entire quartz-driven collection is a two-piece cover that closes over the dial, an element taken directly from an original Hatot rendering. The Hatot collection is further distinguished by its use of round Coup de Foudre diamonds, set either on the cases or on the buckles. The 57-facet Coup de Foudre cut was designed by Hatot and serves as the basis for the brand’s latest high jewelry collection, the Eclat du Soir, a suite of diamond-intensive pieces that coordinates with a watch.

Swatch’s reinterpretation of Hatot’s vintage designs could not have been better timed, as Art Deco style is experiencing a resurgence of its own. “The Art Deco look has definitely been making a revival,” says Korosh Soltani, vice president of David Orgell in Beverly Hills. “Since antique jewelry, particularly vintage Deco design, is so popular with our clients right now, many of them are taking a liking to Léon Hatot.”

If Pierre Jaquet Droz and Léon Hatot were alive today, it is doubtful that they would immediately recognize the designs that now bear their names. But certainly both would recognize the spirit of these pieces and take satisfaction that, even if their names are not universally remembered, at least some of their contributions to watchmaking are still appreciated and still relevant.