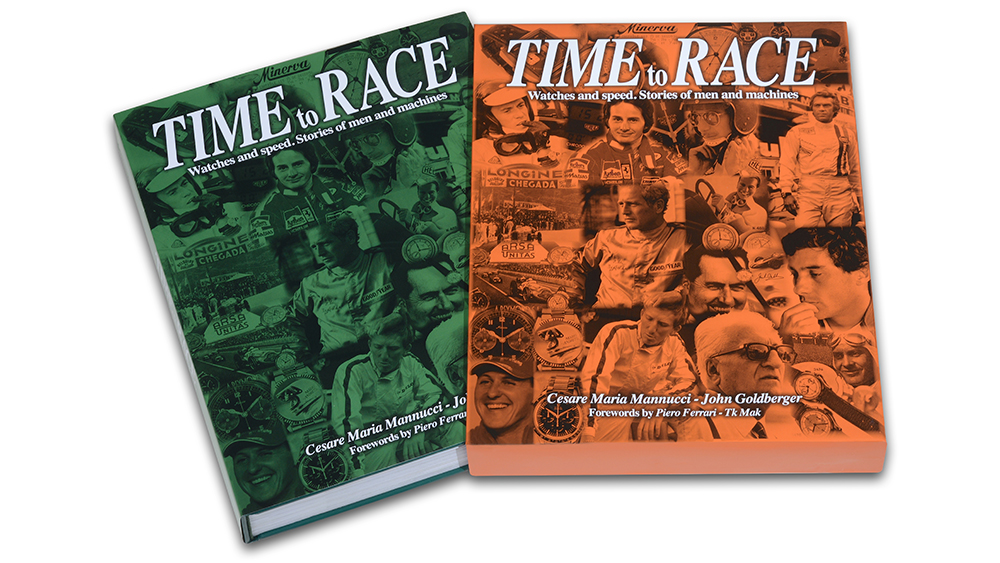 The latest book from watch expert Auro Montanari, otherwise known by the pen name John Goldberger, comes out this week. Time to Race looks at some of the most celebrated race car drivers, their cars and their watches, and the passion that connects them. To Montanari, it’s all about “watches and speed which,” he added, “is the subtitle of the book.”

The book presents “stories of men and machines,” said Cesare Maria Mannucci, the books co-author and a noted automotive journalist. “Cars and watches were the most iconic industrial products of the past century, the perfect tools and machines for men.” The book narrows the focus to the years “between the ‘30s and the ‘70s,” Montanari said, because “the world of auto racing was very interesting with drivers wearing freely their wristwatches without any sponsor’s agreement.”

“Cesare Maria focused on the drivers and I focused on the watches,” Montanari said. His favorite of the 80-some men and machines profiled in the 496-pages is a Patek Philippe owned by Briggs Cunningham.“ The American tycoon expressed during his life a great passion for cars and watches. This perpetual calendar wristwatch is the only known Patek Philippe Ref. 1526 manufactured in stainless steel. It was sold, in 2007, at Christie’s auction in Geneva for $4 million to the Patek Philippe Museum.

Mannucci’s favorite is another Patek Philippe. “I found a photo of a gold Patek Philippe that belonged to Carroll Shelby”—a flamboyant driver with more wives than Henry VIII. “The film ‘Ford vs Ferrari’ had just come out and Shelby had become very popular because in the film he was played by Matt Damon.” Aston Martin awarded the driver with the watch upon his 1959 victory in Le Mans, and it was never seen in person again. The hunt reached from Dallas to Geneva and, Mannucci claimed, was worth the effort: “the images of the watch alone are worth the price of the book.”

Time to Race will surely enter the canon of Montanari’s other tomes, regarded as the ultimate authorities on various horological topics, be they the Rolex dive watches in “A Journey Into the Deep” or the compendiums “Longines Watches” and “Omega Watches.” They’re also products of great beauty, lavishly illustrated with Montanari’s photographs and presented in cases like the fine works of art they are.

Time to Race, however, is priced at a relatively reasonable (in the world of watch tomes, at least) $200. “I wanted to make the product more popular,” Montanari said, which is welcome news for lovers of watches or cars or both.