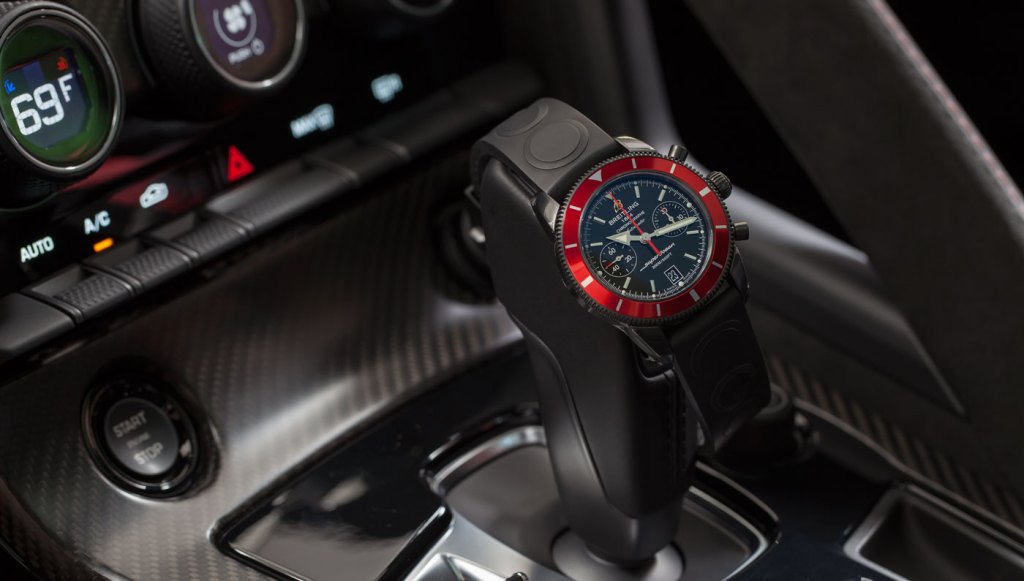 There is an astounding degree of overlap between car and watch enthusiasts, though it is not always easy to peg down someone’s tastes in one category based on the other. When it came time for our annual Car of the Year testing session, we decided to take a moment to look at some of our favorite brands in horology and see which cars spoke a similar language. Here are the pairings we came up with.

Though it could be argued that the typical offerings from Porsche are much more austere and devoid of adornment than those of Rolex, it is safe to say that both companies are among the most iconic brands in their fields—household names, if you will. Neither of them are the most costly or exclusive in their categories, but they are excellent at what they do, and on both fronts something everyone should own at one point in their lives.

Bold, uncompromising, and unconventional design runs deeply in the DNA of both of these brands. They can be a little too loud and in-your-face for some, but they are perfectly suited to those unwilling to blend into the masses.

Precise, clean, and clinical: this is the design language of Audi as well as at least a portion of IWC’s catalog, including the Aquatimer seen here. Though the R8 uses some of the same running gear as the Lamborghini Huracán, it is the straight-edged German cousin of the Italian rebel.

When it comes to individuality, Carl F. Bucherer and McLaren really mesh. You won’t see as many McLarens out on the road as you will Porsches and Ferraris (though that is starting to change), just as you will see far fewer watches from Carl F. Bucherer than you will from Rolex, IWC, or Patek.

Like Rolex and Porsche, Panerai and Mercedes-Benz approach their craft in much the same way, both by being instantly recognizable from a fleeting glance and by paying proper homage to their history while constantly striving to push their craft forward. That’s why Panerai’s new Lab-ID (introduced at SIHH this year) and the brilliantly quick 577 hp S63 AMG Cabriolet are a perfect fit for one another.

There is something beautifully unapologetic about Breitling and Jaguar, especially when speaking of the latter’s new Jaguar F-Type SVR Coupe. While on one end of the spectrum they both deliver subtle elegance, they are equally capable of producing eye-catching offerings that are more sporting in nature.

There are more similarities between BRM and BMW than just their names. Although BMW has a much longer history, both brands are heavily invested in the world of motorsport, with BRM having adapted many racing technologies into its case and movement manufacturing processes over the years.

What more needs to be said other than simply that both of these brands are at the top of the pyramid in their respective industries? Both have built (and continue to build) the best watches and cars on the planet. They also both have an incredibly rich history as well as a devout enthusiast and collector following.

When it comes to this pairing and the one that proceeded it, you’re either in one camp or the other: you’re with Rolls-Royce, or you’re with Bentley; you’re with Patek Philippe or you’re with Vacheron Constantin. To argue the case of one over the other nearly always breaks down to personal preference by the very end.

All watches supplied by Shreve & Co. of San Francisco. Photos by Cordero Studios.