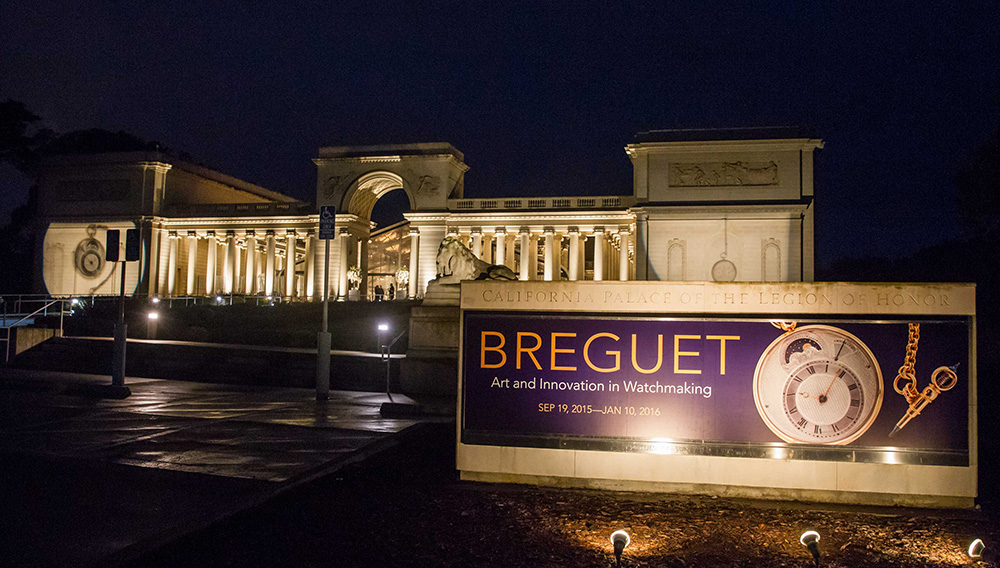 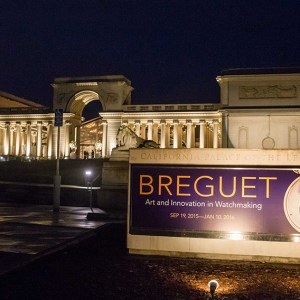 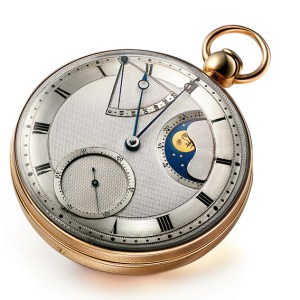 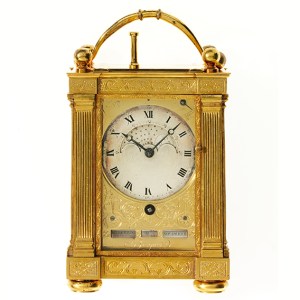 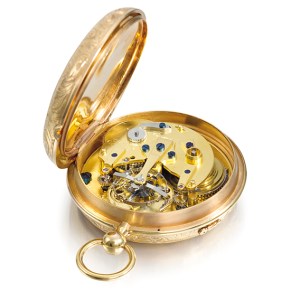 The largest exhibition of antique Breguet timepieces ever shown on the North American continent opened in September at the Legion of Honor, part of the Fine Arts Museums of San Francisco. Breguet: Art and Innovation in Watchmaking highlights 77 pieces—including clocks, pocket watches, and wristwatches dating from 1798 to 1942—that solidify the reputation of Abraham-Louis Breguet, the Paris firm’s founder, as history’s greatest watchmaker.

“One of the interesting things about a Breguet watch: It isn’t a highly decorated object,” says Martin Chapman, the museums’ curator in charge of decorative arts. “It wasn’t about that; it was about producing something that was easy to use. There are so many aspects of a Breguet watch that made it the most appealing instrument, not necessarily related to its ornamentation, but to its precision and usefulness and reliability.”

Running through January 10 (the 269th anniversary of Abraham-Louis Breguet’s birth in 1747), the exhibition features timepieces on loan from the Breguet Museum in Paris and other institutions such as the Frick Collection in New York. The displays are categorized by type, beginning with subscription watches—relatively large-diameter pocket watches, which, as the name implies, were sold to clients by subscription. As the watchmaker to the French royal court, many of Breguet’s timepieces once belonged to European aristocrats, and their provenance is noted assiduously on placards.

The collection also includes touch watches, which enabled wearers to tell the time simply by feeling the position of the pointer; repeating watches, which were equipped with striking mechanisms that could be activated to sound the hours and quarter-hours; and travel clocks, such as a gilded quarter-repeating clock sold to Napoléon Bonaparte in 1798 on the eve of his campaign in Egypt.

Collectors will no doubt be drawn to the marine chronometers—large watches secured to cylindrical brass plinths and encased in wooden boxes that were used to calculate longitude at sea; the grand complications, including a replica of the infamous and ultra-complicated “Marie-Antoinette” pocket watch, which was stolen from a Jerusalem museum in 1983 and returned by the thief’s widow 25 years later; and, of course, Breguet’s legendary tourbillons. A tourbillon (French for “whirlwind”) continuously rotates a watch’s escapement and balance, counteracting the inaccuracy-inducing effects of gravity on the sensitive mechanisms. Patented by Breguet in 1801, the complication has seen a surge in popularity over the past decade.

Such long-lasting influence cuts to the quick of the inventor’s significance to horology: “The design of some of Breguet’s components became industry standards and have been identified with the firm ever since,” Chapman writes in the exhibition’s catalog, noting Breguet’s characteristic crescent-moon hands made of blued steel, the plain-white enamel or engine-turned silver or gold dials, and the winding crown he invented in 1830 as some of the watchmaker’s lasting creations.

Marc Hayek, president and CEO of Montres Breguet, which was acquired by the Swatch Group in 1999, was unable to attend the ritzy gala dinner celebrating the opening of the Legion of Honor exhibition, but he made the same point about Breguet’s legacy when he joined the press preview on September 16 via Skype from his home in Switzerland.

“You see how the look was before Breguet and after Breguet—how contemporary it is,” Hayek said. “You still find the same guilloche, the same hands, the same style—it’s timeless.” (legionofhonor.famsf.org, breguet.com)