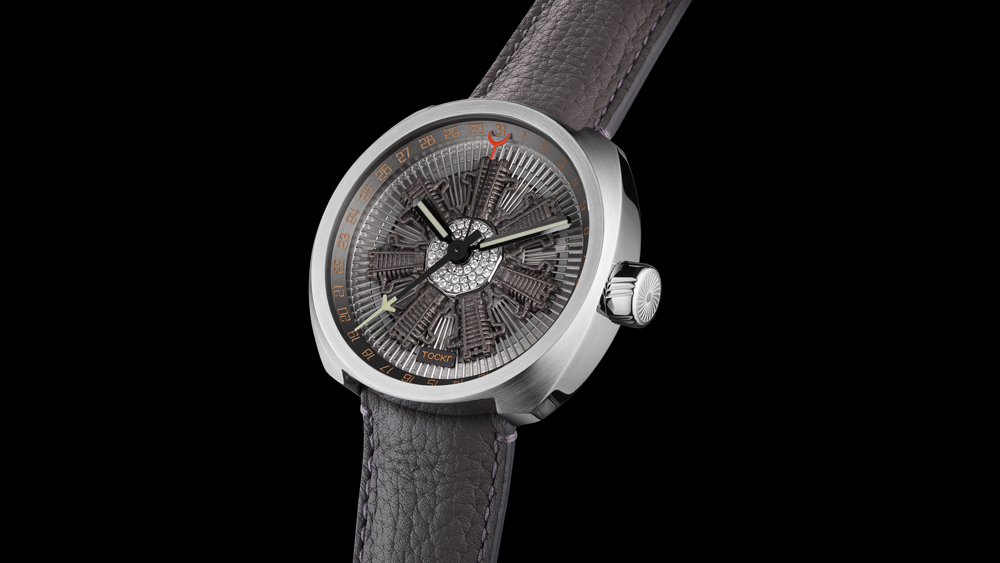 A sure sign that the American watchmaking renaissance that began several years ago—notably with the 2013 debut of Detroit-based Shinola (which recently started making headphones)—is gaining momentum is the proliferation of regional “microbrands” proudly touting their American heritage.  Exhibit A: Tockr, a new brand of Swiss-made aviation-inspired timepieces headquartered in Austin, Texas.

Founded by Austin Ivey, a Texas-born computer engineer who worked in his family’s oil and gas business near Houston before sidestepping into timepieces, Tockr launched in late October. Ivey chose the aviation genre for his freshman C47 collection, largely because it resonates with his personal history: His grandfather was a U.S. Army pilot who flew cargo transport planes between India and China during WWII.

“I grew up spending a lot of time with my grandparents in Lake Dallas, a little town northwest of Dallas,” Ivey says. “There was an airstrip there, and my grandad had a Cessna 182. I flew with him all the time and developed a love of aviation and flying. Having that aviation history and a real affinity to my grandfather, I wanted to come up with something that honored that.”

Inspiration struck one day when Ivey came across a sketch of a radial engine. “It looked like it belonged in a watch,” he says.

With the help of industry veterans Serge Aebischer and Sophy Rindler—who now serve as Tockr’s CEO and co-founder, respectively—Ivey found a designer to flesh out his idea for a watch with a dial resembling a radial engine. He decided to name the model the C47, after the C-47 transport plane his grandfather flew across the Himalayas. (It was also the name of the grocery store Ivey’s grandparents owned in downtown Dallas after the war.)

The result is a collection “born in Austin and made in Switzerland”—according to Tockr’s tagline—which comprises three models that offer completely different looks. The radial engine-inspired C47 range ($2,300 to $2,600) includes two case styles: the cushion-shaped C47 Radial and the rectangular C47 Radial Wing. The third model, the Air Defender, is a classic pilot’s chronograph powered by a Valjoux 7750 movement ($1,250 to $1,500).

“The wing model looks square, but the case is actually curved, so it sits nicely on your wrist,” Ivey says. “It’s become our biggest seller, which is surprising to me because it’s such a different watch.”

All models feature Swiss-made automatic movements as well as cases and dials made by TEC Ebauches in Vallorbe, Switzerland. But don’t let the Swiss engineering obscure Tockr’s authentically Texan origin story, which has resonated with fans of the Lone Star State. “Seventy percent of our sales so far have been to Texans,” Ivey says—including the buyers at Neiman Marcus, who introduced the brand at two of their Texan locations and online.

“I hope Tockr eventually becomes a global brand, but I’m totally comfortable in my environment here,” he adds. “People really understand our product because it has the Texan twist. Plus, our story is really a Texan story: My grandfather grew up in Texas. Being associated with this region is critical to our identity.”