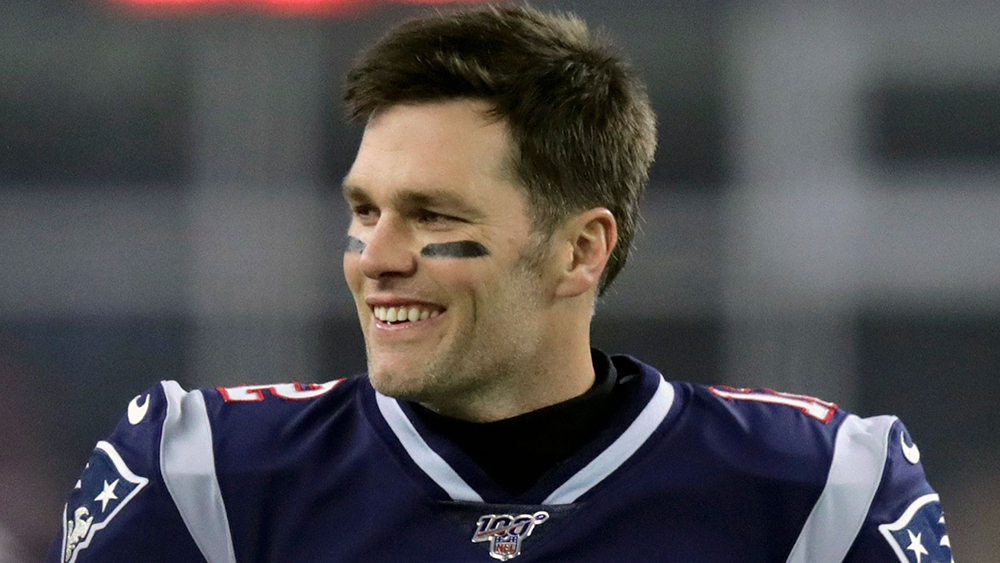 It’s been a life-changing year for Tom Brady. In March, after two decades as the quarterback for the New England Patriots, he signed a two-year contract with the Tampa Bay Buccaneers worth $50 million. Not only has he started playing for a new team, but he’s uprooted his life and his family from their home base of Massachusetts and New York to Florida—all in the midst of a global pandemic.

Behind the scenes of IWC’s new short film Born of a Dream: a Boy From San Mateo.  Courtesy of IWC

“It’s been very busy moving my life to a different community and trying to set up shop in a new home, in a different climate without knowing where to go and not knowing many people around here at this point,” Brady told Robb Report. “We’re trying to be smart, but not be fearful. I’ve been trying to learn a lot of new things in a new area with a new team and new processes.”

While sports may be indefinitely on hold, Brady still has his hands full. IWC just released a short film, Born of a Dream: A Boy from San Mateo, based on the footballer’s early career.

Behind the scenes of IWC’s new short film Born of a Dream: a Boy From San Mateo.  Courtesy IWC

But Brady isn’t your average brand ambassador. The partnership is rooted in a real affinity for IWC; he purchased his first model—a GST Automatic Alarm—from the Tourneau boutique on 57th Street in New York City in 2002.

“We had won the championship the year prior and I had just signed a new contract so I finally had the money to afford it,” said Brady. “I still have it to this day. Whenever I look at that watch, I think, ‘Man, I’ve come a long way.’”

It’s not the only IWC in his watch collection, which Brady says is up to about 15 or 20 pieces. Currently, his daily wear is a Portugieser with a blue dial, but he also has a Portugieser Perpetual Calendar gifted to him by his wife, supermodel Gisele Bündchen. An IWC Navitimer and Top Gun Miramar also found a home in his safe, and he’s taken an interest in the vintage pieces as well.

“I have a very old IWC pocket watch, which I bought from a friend of mine, John Reardon [Christie’s former head of international watches and founder of Collectability], who is a great collector and has incredible knowledge in the watch community and has for a long time,” said Brady. “He’s my advisor in a way. If you ever need any watch collecting knowledge, he knows more than anyone I’ve ever met in my life.”

Collecting watches has become a hobby. “I pay attention to them and I read articles on Robb Report, GQ, Hodinkee and I follow various watch aficionado profiles on Instagram,” said Brady. “I’m always saving watches to my little Instagram folders. I would say I’m just a fan of watches and I have a pretty cool collection.”

When asked if he would be passing down his collection to his kids, Brady indicated they won’t come by them easily. “I mean if they’re lucky enough!” laughed Brady. “These kids are going to have to earn it. I only want them to have them if they have an appreciation for them like me. But in my view, I think you’ve got to go out there and earn them. The things that you go out and buy with your own money, that’s your blood and sweat—your hard work goes into every purchase. That’s why they mean so much.”

Brady in a behind-the-scenes shot from the new IWC film.  Courtesy of IWC

The NFL star did, however, gift a watch to his father, Tom Brady Sr., after his college football team, the Michigan Wolverines, won the Rose Bowl in 1997. Incredibly, he didn’t even make it on the field in that game but the watch he received for being on the winning championship team certainly signified the start of what would become a legendary career. “It was the fanciest watch I had and I wanted my dad to have it,” says Brady, who declined to mention the make of the model. “Twenty-three years later and he still wears it to this day.”

Born of a Dream director Rune Milton with Brady.  Courtesy of IWC

The new IWC Born to Dream: A Boy from San Mateo film takes Brady fans even further back to the start of his career, featuring scenes from when he was just a kid to working on his game in high school all the way through to his famed NFL career. Brought to life by Danish director, Rune Milton, the short film is such a big production it looks like a precursor to what could be a feature film.

“I haven’t had a lot of time to reflect on those parts of my life,” said Brady of watching his life re-enacted on screen. “We didn’t have video then like we have it now. Reflecting back on that time, maybe 35 years ago, sparked different emotions. It really brings up a lot of memories. I love how it turned out.”