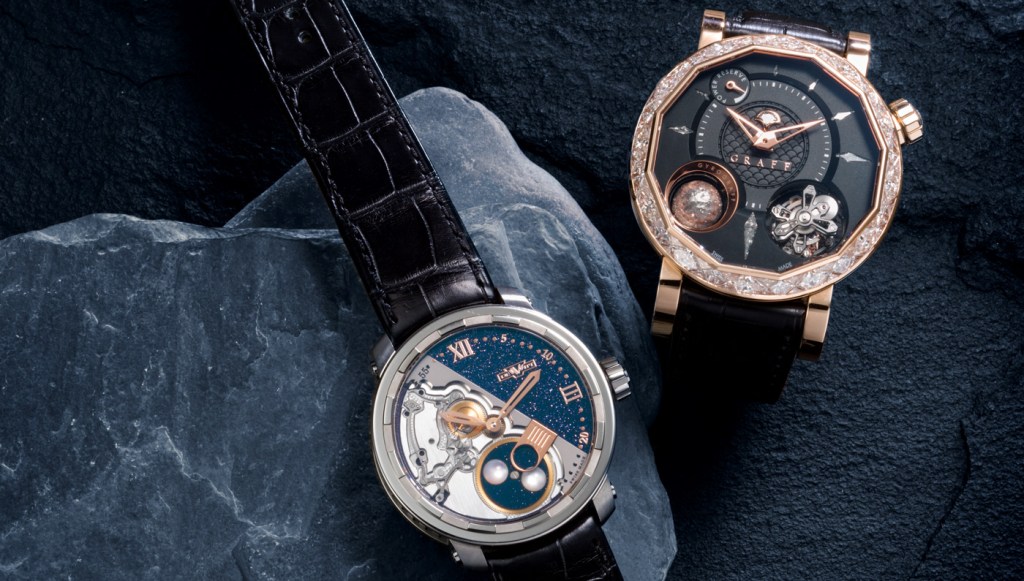 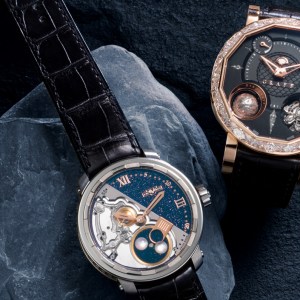 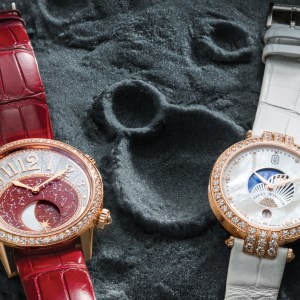 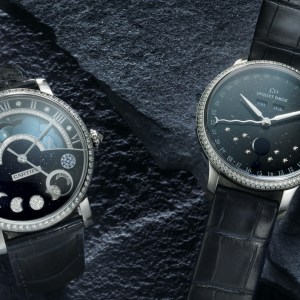 Once neglected, the moon-phase display has become a totem of watch design.

“The two traditional moon-phase displays are either a crescent-shaped aperture or a simple round hole,” says Cartier’s head of movement development, Carole Forestier-Kasapi. “But in order to get new and creative, we have to get far away from what has been traditionally done.”

Forestier-Kasapi’s efforts with Cartier represent an industry-wide movement to rethink the moon-phase display, one of the oldest and most overlooked complications in watchmaking.

The moon phase, the first true astronomic complication, has moved in and out of favor with watch buyers since the late 19th century. But for all its emotional appeal, progressives in watchmaking today might contend that the moon-phase complication has languished—mechanically and aesthetically—since those days. The simple geared disk with 59 teeth remains easy enough to execute, but the error of producing an extra day every three years hardly supports the Swiss reputation for precision. Decoratively, the gold disk, perhaps decorated with a face on a sometimes-starred field of blue, became virtually ubiquitous.

Mechanically, the performance of moon-phase watches has improved across the industry in recent years. A handful of specialized watches have been endowed with extremely precise gear ratios possessing accuracies of nearly 1,000 years or more before a day’s error amasses. The bulk of high-end timepieces have extended their accuracy to a highly respectable 122 years with the addition of extra gear teeth to the lunar disk.

But for all these improvements, the most important changes have been aesthetic ones. Watchmakers like Forestier-Kasapi are giving the venerable moon phase a long-awaited face-lift. Her work with Cartier has included on-demand moon-phase displays as well as a seven-moon retrograde arc that presents all phases at once in waxing and waning positions.

The moon itself is one of the most obvious areas for cosmetic exploration. Arnold & Son maximizes this with a double, large-scale indication that takes up virtually the whole dial in its HM Double Hemisphere Perpetual Moon. The two moons, one each for the northern and southern hemispheres, are rendered in high relief in rose gold over a blue lacquer-over-guilloche background. Omega’s Speedmaster Moonphase Co-Axial Master Chronometer Chronograph possesses an essentially classical display, but the moon itself has been given a hyperrealistic treatment. A microfiche image is projected onto a coated sapphire disk that is then etched by a nanoscale laser. With the exception of the footprint that has been added in tribute to the model’s status as the “moon watch,” the display is a facsimile of an actual NASA photo.

In some men’s watches, the mechanics of the moon phase have become the most important visual attraction. The precise gearing in DeWitt’s Twenty-8-Eight Full Moon is made visible beneath the hands and easily overshadows the display itself. In a sense, the process of calculating the moon phase may be more attractive to some watch aficionados than the actual information. In the case of the three-dimensional moon on the Graff GyroGraff, the display itself is overtly mechanical.

“The inspiration for the 3-D moon phase was 16th-century astronomical clocks,” says Nicolas Sestito, CEO of Graff Luxury Watches. “The idea came after we started talking about how we could design something that would balance the double-axis tourbillon. The tourbillon needed a lot of space, so we thought, why not take advantage of all this volume and integrate a 3-D moon?” To achieve the new format, Graff watchmakers had to devise a way to transfer power from the flat base of the movement and main plate to an axis with a spherical moon that rotates 360 degrees. A standard moon-phase disk has two moons that make one revolution in 59 days. Graff’s 3-D moon makes one revolution in 29.5 days, which coincides with the lunar cycle.

Though it appears as conventional as the brand’s early-19th-century work, the crescent-shaped moon-phase display in Breguet’s Héritage 8860 hides a surprise. The display is a retrograde, meaning that at the end of the lunar cycle, it will snap back to its initial position rather than continue revolving with the moon’s place being taken by a second moon on the other side of the disk.

While the conventional round disk mechanism with two moons seems almost garden variety compared with the new exotics, that has not stopped designers from creating completely fresh looks for ladies’ moon-phase displays. For many of them, the display is not merely dressed up; it becomes the romantic focal point for the entire watch. The large display in Jaeger-LeCoultre’s Rendez-Vous Moon is suitably dramatic when executed in aventurine, particularly in a new red hue the brand has just released. And while Harry Winston’s Premier Moon Phase has retained the traditional gold-on-blue pattern for its moon disk, its appearance is bold as it rises and sets behind the brand’s micro lattice of mother-of-pearl. Even at their most subtle, like the detailed bronze moon in Parmigiani Fleurier’s Tonda Metropolitaine Selene or the almost hidden but highly original eclipse system invented by Jaquet Droz, the new moon-phase watches remain highly inventive and, like the moon itself, ready to capture the imagination.