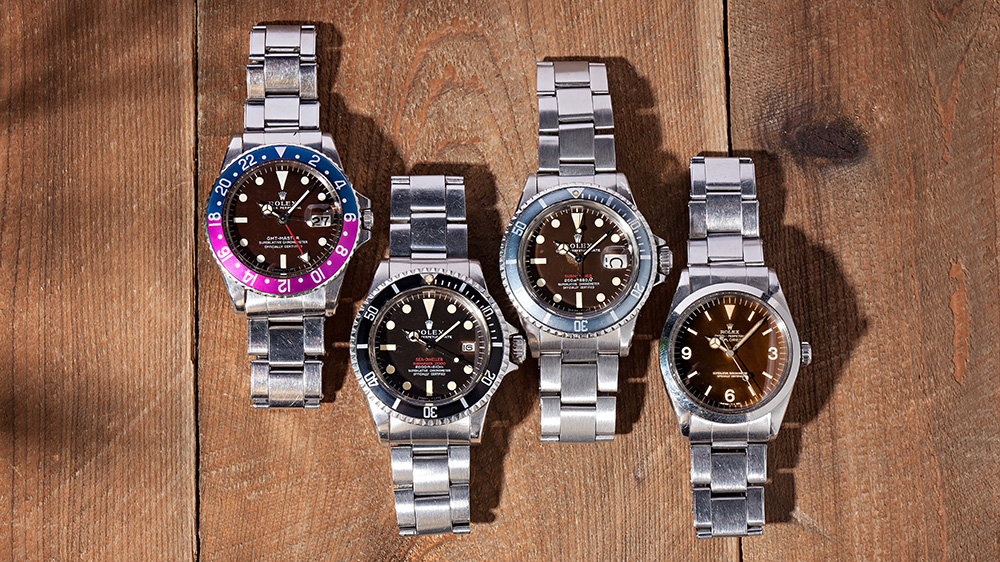 In the market for a truly distinctive Rolex? You’re in luck.

Later this week, Bob’s Watches will auction off a collection of Rolexes from the 1960s and 1970s with “tropical” dials. And with four visually distinct timepieces on offer, you’re almost certain to find one that matches your personal style.

A “tropical” dial is a dial that has been discolored over time because of exposure to the sun or a mistake in the manufacturing process. Collectors don’t view the features as a flaw, though. That’s because these dials tend to have a gorgeous and warm patina. And since no two dials age alike, they’re also unique. That has made these Rolexes highly coveted in certain circles and has boosted their values over that of their non-“tropical” counterparts.

“These are all fresh to market watches and each is one-of-a-kind, because no two tropical dials age the same exact way,” Brandon Frazin, director of vintage at Bob’s Watches, said in a statement. “We are passionate about vintage watches and excited to share this collection with the world.”

Bidding for the quartet of “tropical dial“ Rolexes runs from Thursday, Sept. 8, until Wednesday, September 14. The watches are being sold without a buyer’s premium, meaning what you bid is what you pay. That’s a good thing since none of the four will go for cheap. Each timepiece comes with a one-year service warranty and lifetime authenticity guarantee.