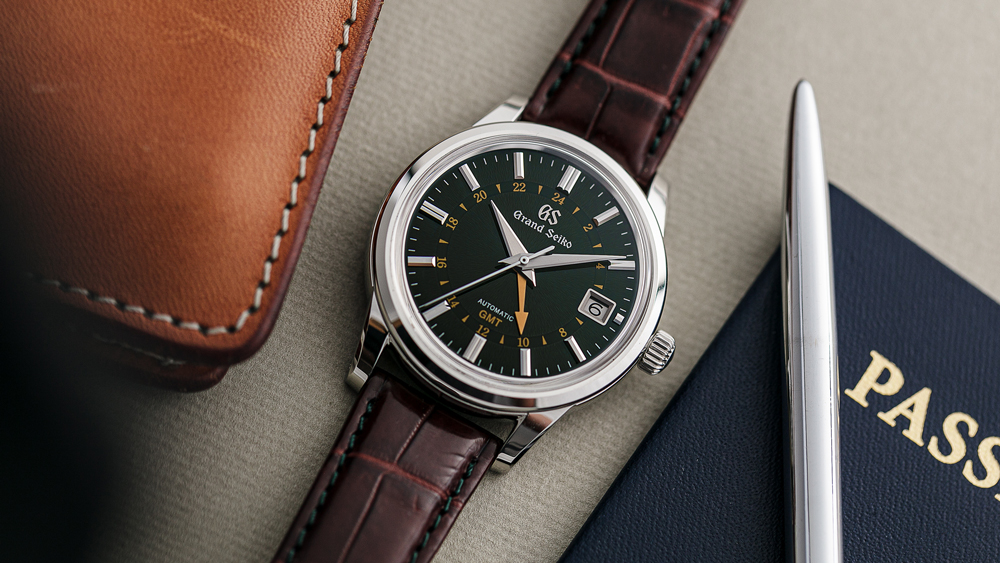 Timing is everything, and it turns out Grand Seiko and Watches of Switzerland were right on the mark when they announced the launch of their first collaboration in the new Toge Special Edition timepiece. Months ahead of the current global pandemic, the Japanese watchmaker and the U.S.’s largest watch retailer had been working on developing AR technology to allow potential clients to virtually try on the watch from the comfort of their own homes. And as it turns out, as of today’s launch, nearly everyone in the world is sheltering within the confines of their own residence indefinitely.

You can size the new timepiece up on your wrist on the @grandseikousa, @grandseikouk, @watchesofswitzerland_offical and @mayorsjewelers Instagram pages from your phone. Simply head to one of the pages and click on the smiley face icon right above the photos, then tap the Toge Special Edition image, click “try it” and flip your camera so it’s facing your wrist then pinch and zoom for different views. You can also rotate the watch with your fingers for a view of its exhibition caseback. It’s entertaining and easy and while Watches of Switzerland says it only has plans right now to use the AR technology with Grand Seiko, the Japanese watchmakers says it plans to develop the technology further in the future.

“I think that is something that is capturing a lot of attention right now and thanks to the development of this first phase we will develop it further with other products,” Brice Le Troadec, president of Grand Seiko Corporation of America, told Robb Report. “We might create our own app at some point—right now, we are using it only through Instagram. But I think the quality is great and the experience is fun. We want to bring it to the next level.”

While AR is a nifty tool as a preview, it’s impossible to capture the exquisite dial work and polishing on a Grand Seiko timepiece without seeing it in person. The new Toge timepiece’s dial takes inspiration from the 2014 SBGJ005 model, which hasn’t been reintroduced on another watch until now. It’s texture, like many Grand Seiko models before it, takes inspiration from the ridges of Mt. Iwate, the largest mountain in the Iwate prefecture in Northern Japan’s Morioka city. The area is also home to the Shizukuishi watch studio where the watch was assembled and adjusted in the hands of just 20 craftsmen and women, who specialize in making Grand Seiko’s 9S series mechanical calibers. (A new studio in the same region, designed by the renowned architect Kengo Kuma—designer of Tokyo’s Olympic stadium—will open in the near future and be home to the new Grand Seiko Studio Shizukuishi.)

It’s hunter green hue is also a nod to the classic British racing car color in homage to Watches of Switzerland’s U.K. heritage and its name, Toge, means “mountain pass” in English, referring to the steep winding alpine roads favored by car enthusiasts.

The dial is housed in the same case design as Grand Seiko’s bestselling SBGM221 model and comes equipped with the 221 components that make up its 9S66 movement—an automatic watch with a 3-day power reserve—visible through the caseback. The 39.5 mm by 13.7 mm case is topped off in the brand’s signature Zaratsu polishing technique, known for its distortion-free mirror finishing.

The Grand Seiko x Watches of Switzerland Toge Special Edition SBGM241 ($5,200) hits on many of the hallmarks of the Japanese watchmaker that have achieved its recent cult-status stateside. Grand Seiko’s skyrocketing success was, no doubt, the impetus for the collaboration. “It’s grown exponentially for us,” David Hurley, executive vice president of the Watches of Switzerland Group, told Robb Report. The group  was introduced to the brand just two years ago. “At that time we decided to do a pop-up together in Soho, but going forward, it’s an all-doors brand for us in the U.S. We’ve added it to stores in the U.K and potentially more to follow.”

For now, you can purchase the new Toge timepiece at watchesofswitzerland.com, watches-of-switzerland.co.uk, or the Watches of Switzerland-owned mayors.com. It is available for pre-order now and will be delivered in July. It is not a limited edition, but will be limited to production with an estimated initial offering of 200 watches split between the U.S. and the U.K.