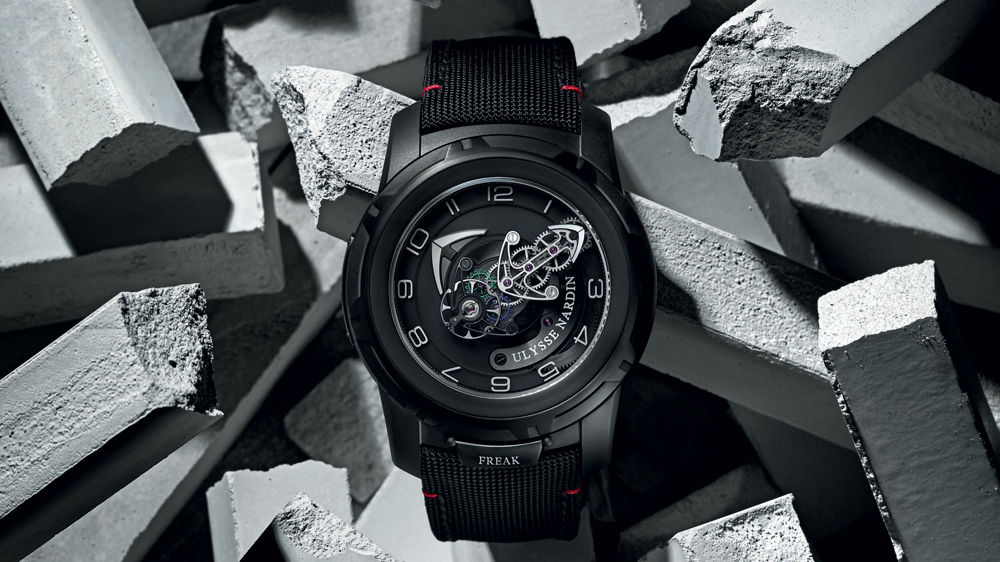 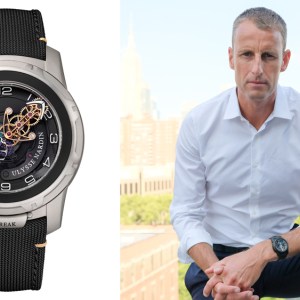 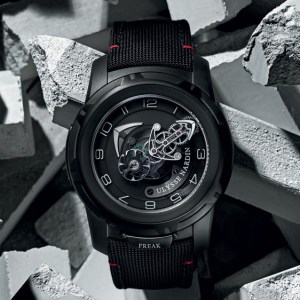 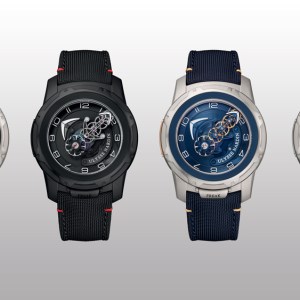 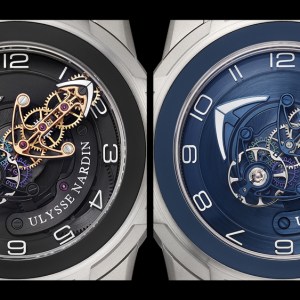 Ulysse Nardin’s new CEO Patrick Pruniaux, fresh off his tenure at Apple, has big plans for taking the Swiss watchmaker into a new era, including expanding its presence in the U.S. His first project? Growing Ulysse Nardin’s visually memorable Freak timepiece into a full collection, recognizing it as the brand’s marquee product. This year saw the introduction of the Freak Vision, the first automatic version of the model; the Freak Vision Coral Bay, an artful take on the already visually arresting model; and the Freak Out, a titanium model of the Freak offered in four different versions.

Pruniaux sat down with us at New York City’s Hotel Americano in Chelsea to explain why Ulysse Nardin is getting its freak on.

Why has the Freak watch become such a focus at Ulysse Nardin?

The Freak encapsulates a lot of the values of Ulysse Nardin. The movement is very unique and highly recognizable and the name is very strong. When the Freak was first launched by Rolf Schnyder, the former owner of Ulysse Nardin, it was done in a sort of crazy way with a sense of boldness. It’s a product that says a lot about the company. We worked hard to bring the new evolution of the movement of the Freak Vision to make it automatic. The Freak used to be one iteration every couple of years, but I took the decision very rapidly when I joined the company to make it a collection. It’s something I had in mind even before I joined the company. It’s appreciated by watch connoisseurs, but it can also be appreciated by people that know less about watches or are interested in mechanical watches but aren’t specialists in movements. Visually, it’s a movement that has an impact. When you look at the different generations of the Freak, you see an evolution that is sort of following what is happening in the industry with the avant-garde timepieces.

It’s a slimmer timepiece than one might expect from this kind of design. What was the thinking behind the aesthetic?

There are a few things I’ve learned that reinforced beliefs I had even before joining Apple, which are: comfort matters, visibility matters, and bringing technical innovation that benefits the consumer matters. It sounds obvious, but it’s not always. If you want a product that has one layer of complication on top of another just so you can say you have the most complicated watch on earth, it’s fine and I respect that, but that’s not us. When I talk to our R&D department I really try and define our objectives about the benefit to the end consumer. But I still believe in today’s world we can still bring a lot to mechanical watches that will bring benefits to the end consumer. I won’t say what specifically, but there will be some things introduced in the future.

Why did you decide to offer the Freak in titanium?

I wanted to create an offering in the Freak collection that wouldn’t be in precious metal, while respecting the one that came before it, for people that love the movement and love the design but want it in titanium. It’s interesting, by the way, I’ve started to see more and more men looking for complex watches in non-precious metals—in technical metals.

Why do you think that is?

I think our consumer is looking for something very distinctive, but on the other hand they want to wear it every day. They want something lighter and they want something not so in-your-face. I think the type of consumer we have is very interesting—I think we have watch connoisseurs or watch lovers aspiring to know more about watches, but we don’t have Hublot consumers. Do we have Richard Mille consumers? Maybe more. But we are in a different price point. Our consumer wants a beautiful object on their wrist, but they want it for themselves, not for others. There is a sense of genuineness from our brand and our consumer.

What is important to you in the digital age?

I think in the luxury business, but especially watches, it took quite some time for brands to accept that you should sell online. Sometimes your experience online can be better than in stores. We have to work hand-in-hand with our retailers and make sure there are sales both online and in brick-and-mortar. There shouldn’t be any boundaries. And I don’t see any limit to the amount of money that a client is willing to spend online. From a marketing standpoint, we want to be very transparent in our campaigns which you will see in the future.

What is your strategy for the U.S. market?

Dominate the market within the next 18 months. [Laughs] No, but the U.S. has always been a strong market for us. We are a 100 percent wholesale company, so we are working on our relationships with our retail partners. We have a new U.S. president for North America, Francois-Xavier [Hotier], who has been working with me for 10 years. So, we have someone of a very high caliber working to develop Uylsse Nardin in the U.S. market. We want to also focus on telling our history—Ulysse Nardin has almost been the sole supplier of the U.S. Navy for 40 years between 1904 to 1945. We want to let people know about that very long heritage and history. Also, there is a strong demand for contemporary watches like the Freak, Freak Out, and the Executive Skeleton here in the U.S., especially on the West Coast. But if you like the Freak Out, just wait…in the next 7 months you’re going to love what we’re going to be doing. Is that a good tease?