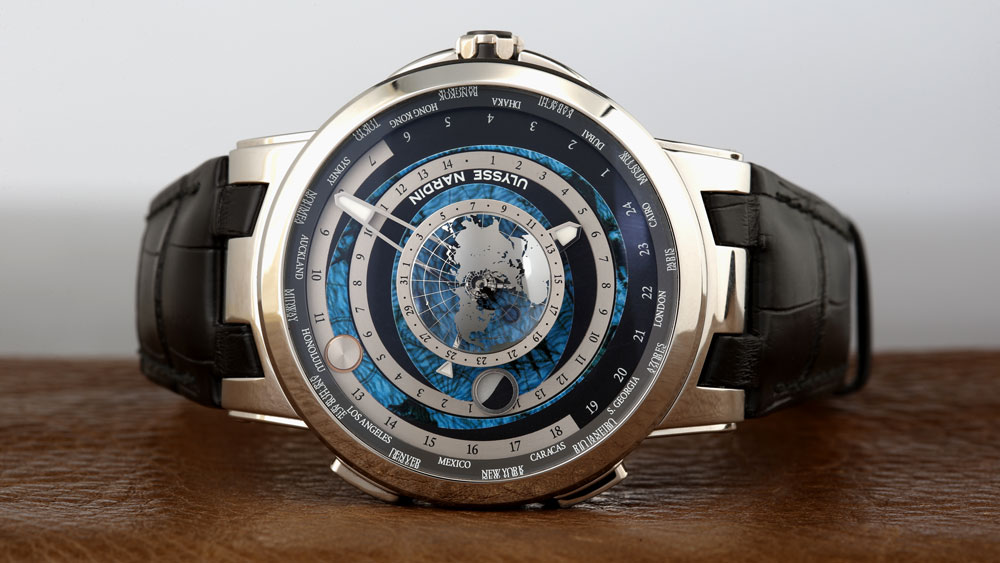 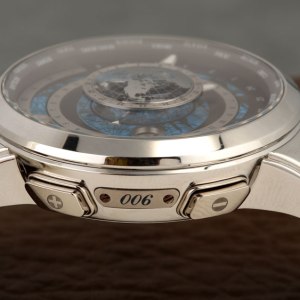 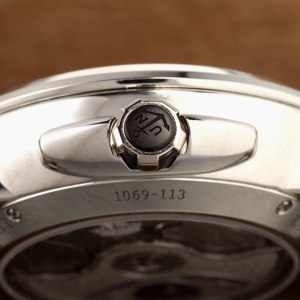 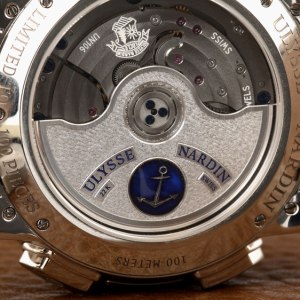 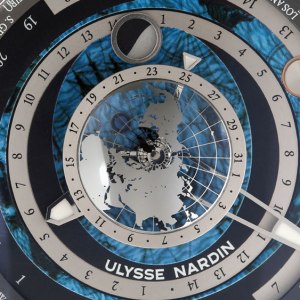 A wristwatch is a tiny platform for both the whimsical and the technical. Few watches combine the two better than those with astronomical complications, and few brands have mastered the astronomical better than Ulysse Nardin. Its newest astronomical watch, the Executive Moonstruck Worldtimer ($75,000 in rose gold, $95,000 in platinum) is packed with features that will connect its wearer to the world around them and to the skies above.

Since the mid-1980s, between former CEO Rolf Schnyder and legendary watchmaker Ludwig Oechslin, Ulysse Nardin has been at the forefront of astronomical complications. This run started with the Trilogy of Time series, the Astrolabium Galileo Galilei, Planetarium Copernicus, and Tellurium Johannes Kepler.

The Astrolabium almost requires a bachelor of science to decipher the many readings on the dial, from sunset and sunrise times to indications of the lunar eclipse. The Planetarium illustrates both the pre- and post-Copernican movements of the moon, the sun, and its six nearest planets. The Tellurium provides a pre-Copernican depiction of the Earth’s rotation in relation to the sun and moon.

To fully appreciate the Trilogy of Time requires literally weeks of study, and it’s almost as hard to understand how an established brand like Ulysse Nardin took such a leap into the world of astronomical complications. It’s both astonishing and admirable. But in the last decade or so, the seeds sown by this endeavor have grown into more accessible but equally beautiful astronomical watches. In 2009, Ulysse Nardin released the Executive Moonstruck, a watch that combined some of the most useful readings of the trilogy with a less cluttered aesthetic. The result is still very complex but does not require an astronomy degree to use it.

The watch features a rotating sun and moon disc (the latter has a moon-phase aperture), a fixed Earth disc of the northern hemisphere, and hour, minute, and date hands. With the sun and moon moving in their relative positions to the Earth, the watch can also be used to determine the strength and time of the tides in any given longitude, as these are the underlying ingredients of the tides.

The result is a masterful timepiece that provides its wearer with clear readings of the time across all 24 primary time zones, the phase of the moon, the position of the moon and sun in relation to Earth, their gravitational strength (the light-blue zones on the moon and sun discs), the tide and strength, and the date. The pushers at 8 and 10 o’clock allow for quick adjustments to local time.

The Executive Moonstruck Worldtimer is limited to 100 pieces and comes in a 46 mm platinum or rose-gold case.