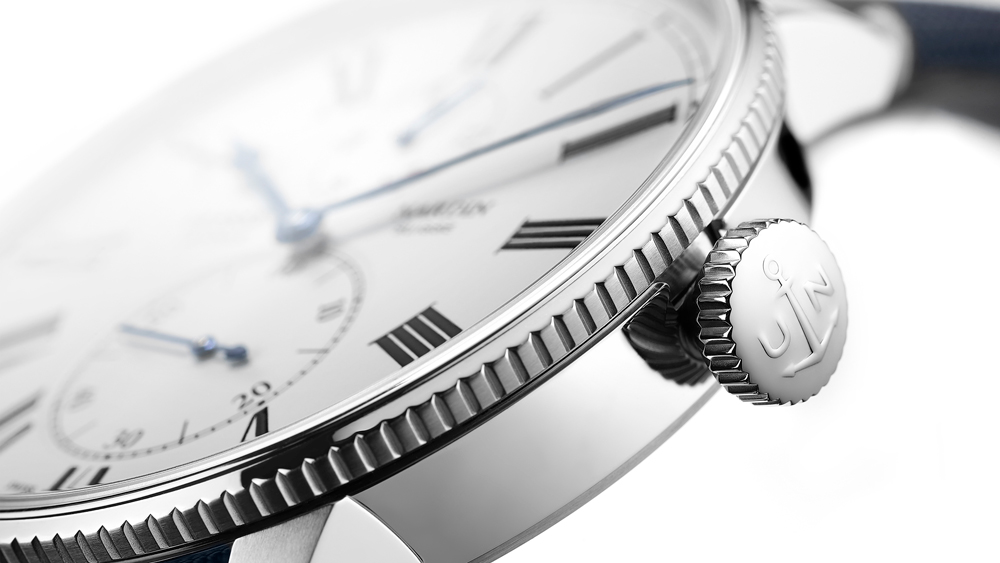 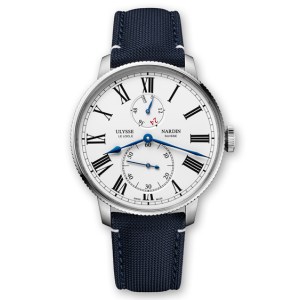 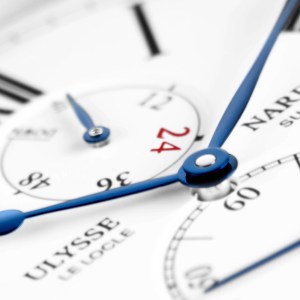 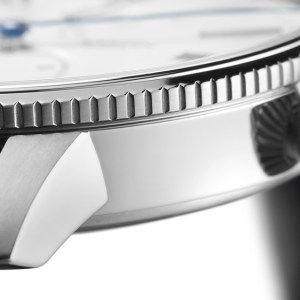 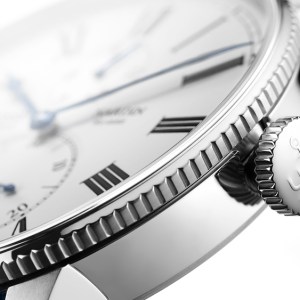 From pilot’s watches all the way back to marine chronometers, advancements in watchmaking has often spurred by the needs of the battlefield—a somewhat morbid silver lining that has also given us technology that we rely on in our everyday lives, like GPS, microwaves, and even the Internet. Ulysse Nardin is a brand that benefitted from partnerships with armed forces—particularly navies—building a reputation for excellence based on the quality of its marine chronometers.

In 1905, Ulysse Nardin participated in a competition conducted by the Washington Naval Observatory. The goal was to create a precision timepiece for torpedo boat officers that was just as accurate as the on-board chronometers in larger vessels. The brand won the contest (as well as subsequent competitions) and became the official timepiece supplier to the U.S. Navy. It is this partnership with the Navy that Ulysse Nardin has chosen to honor with the debut of a new wristwatch created exclusively for the U.S. market, the Marine Torpilleur Military Semper Fortis.

The new watch shares many cues with the original chronometer, including its polished steel case, oversize crown, and the basic dial layout (including its use of roman numerals and a large small seconds subdial for easy visibility). The simple black-and-white dial inherits a little color from the watch’s blued-steel hands and red 24-hour mark on its power-reserve indicator at 12 o’clock. More than decorative, the red 24-hour mark was used as a kind of warning system on the original chronometers, letting sailors know that the watch needed to be rewound immediately.

The back of the watch features a crystal that reveals the movement, and the steel case is laser-engraved with the words “US Limited Edition” and “Semper Fortis,” which is the motto of the Navy and translates to “always strong.”

The 44 mm Military Semper Fortis is limited to just 173 pieces—a reference to the number of years since the company’s founding in 1846. The newest addition to the Marine Torpilleur line is priced at $7,900.