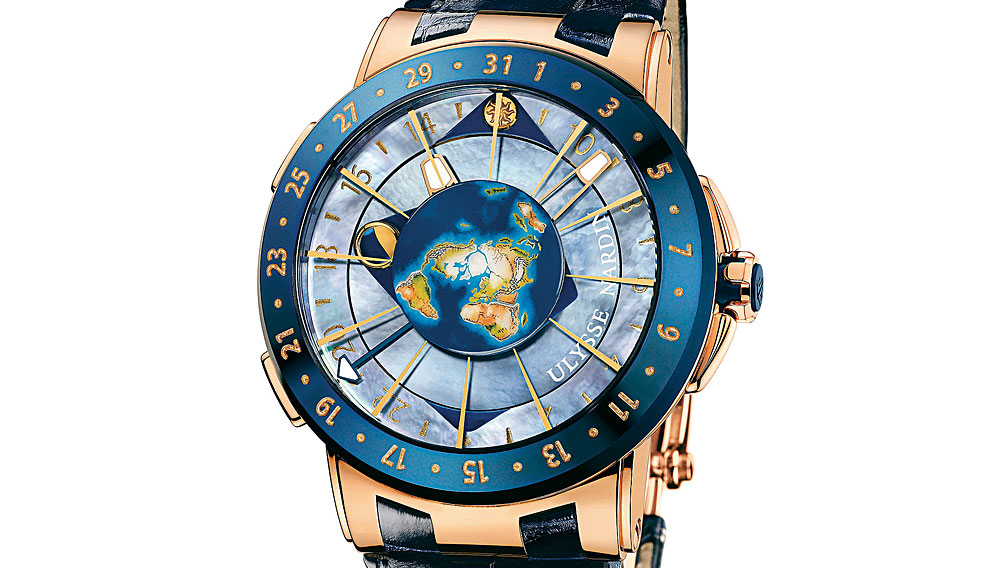 Of all the aspects of watchmaking, astronomic complications—those that render the movements of the sun, stars, and planets on a watch dial—are the most obscure and hard to decipher for the average consumer. Yet this is precisely the area in which Ludwig Oechslin—the eccentric and independent horological genius who often collaborates with Ulysse Nardin—most excels. Ulysse Nardin Moonstruck (561.988.8600, www.ulysse-nardin.ch) is the latest project between Oechslin and Ulysse Nardin, and it is a follow-up to Trilogy of Time—the three astronomic wristwatches that stunned collectors in the 1980s with their originality. Moonstruck is perhaps the most accessible of any of these watches, as it clearly presents the orientation of the earth, sun, and moon.

The concept originated with Ulysse Nardin CEO Rolf Schnyder, who has often acted as Oechslin’s foil in their collaborations. Schnyder had been approached by a friend interested in a watch that would display the tides, but after reviewing the available mechanisms that performed this function, he became convinced that a new approach was necessary. Moonstruck—which is available in rose gold for $88,000 and platinum for $113,000—does more than display the tides or the phases of the moon, both of which are indicated on the dial of this 500-piece limited edition. Two disks represent the sun and the moon as they progress around the earth, which is depicted in handpainted mother-of-pearl. Depending on one’s degree of interest in astronomy, the display offers either practical information or one of the more romantic interpretations of the passing of time to be conceived in years.