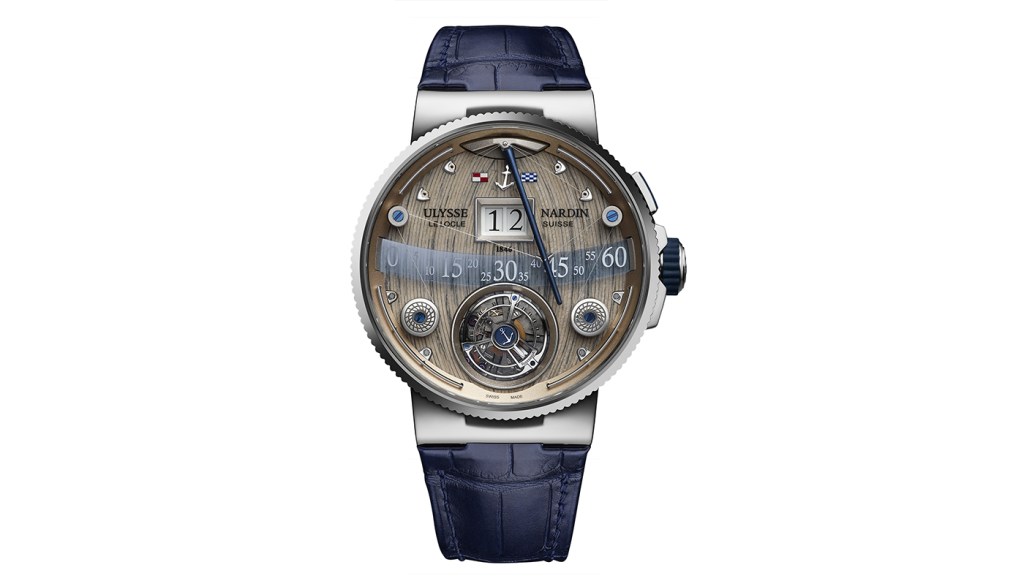 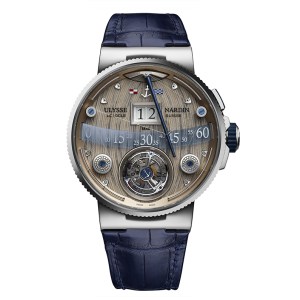 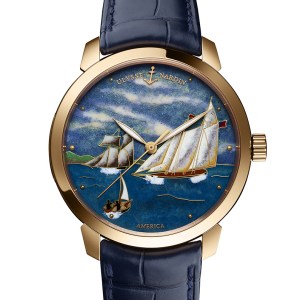 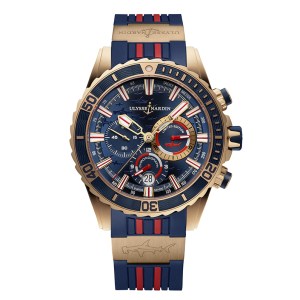 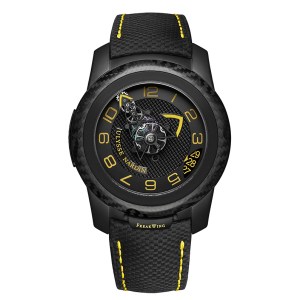 One of the most intriguing and thematically on-point timepieces to come out of this year’s Baselworld fair was a distinctive tourbillon featuring a minute indicator that sweeps across the handcrafted wood marquetry dial like the boom of a ship. Called the Grand Deck Marine Tourbillon ($280,000), the 18-karat white-gold wristwatch earned rave reviews on social media and was singled out as one of the fair’s most buzzed-about introductions.

Anyone familiar with the 170-year history of Swiss watchmaker Ulysse Nardin could have guessed its origin.

“It really represents the spirit of Ulysse Nardin, the spirit of the sea, and also the spirit of innovation,” said chief executive Patrik Hoffmann at an event in New York in early May, celebrating the brand’s partnership with Sweden’s Artemis Racing (owner of one of six boats that will compete in the 2017 America’s Cup). “I remember one-and-half years ago when I went to see the base of the Artemis racing team in San Francisco, I was amazed at the innovation that goes into those boats. And the same is true of our timepieces. And this timepiece, the Grand Deck, really represents that.”

Ulysse Nardin is placing its relationship to the sea—and its 20-year-old maritime-inspired Marine collection—front and center this year, thanks to a repositioning effort that includes the year-old partnership with Artemis; a new marketing campaign focused on “the movement of the sea”; and social-media messaging to underscore the brand’s sleek new visual identity.

“We were always connected to the sea,” Hoffmann continued. “The anchor in the logo was there forever. We were one of the leaders in producing the chronometers that they have on ships to navigate. We delivered those to almost all the navies in the world. When we announced the partnership with Artemis, nobody questioned it because it was clear—the sea belongs to Ulysse Nardin.”

Among the 2016 novelties that pay homage to that age-old connection are the Classico Schooner America ($39,800), an 18-karat rose-gold model featuring a cloisonné-enamel portrait of the America schooner after which the America’s Cup trophy is named; the FreakWing Artemis ($78,000), a limited-edition tourbillon dedicated to the Artemis Racing team for the 35th America’s Cup; and the Marine Chronograph Annual Calendar ($11,900), whose 43 mm stainless-steel case contains a sophisticated yet simplified mechanism designed by the watchmaking prodigy and longtime Ulysse Nardin collaborator Ludwig Oechslin.

“If we can produce an annual calendar with six moving parts, that means people know what they’re doing,” Hoffmann said, adding that Ulysse Nardin is distinguished from the watchmaking pack because it is a “true manufacture.”

He adds: “Only very few companies can produce a movement from A to Z, including the heart of the movement, which is the escapement. We can do everything in house. If someone looks into a Ulysse Nardin watch, they get the value because it’s true, the history is true, and the people behind the product are there.” (ulysse-nardin.com)