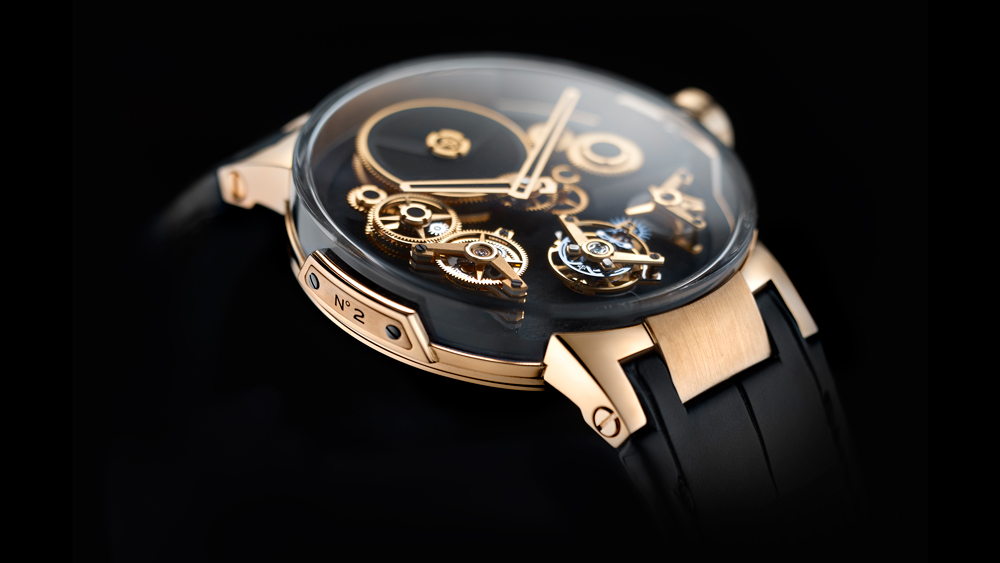 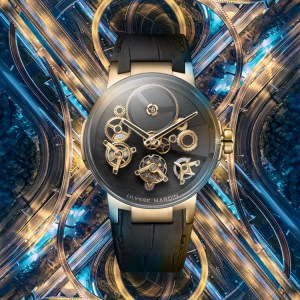 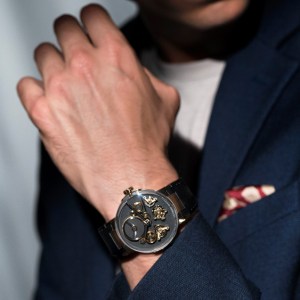 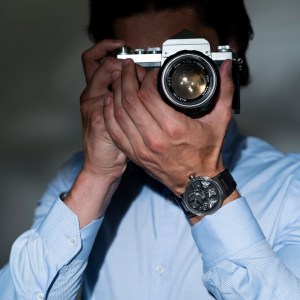 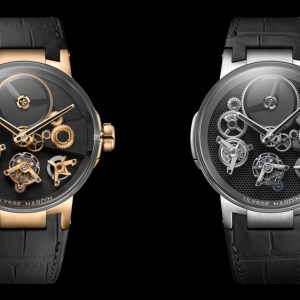 Ulysse Nardin is putting it all out front in the latest addition to its contemporary-styled (though not as boundary-pushing as the Freak models) Executive collection: the Executive Tourbillon Free Wheel. Instead of being confined to observation through the caseback crystal, certain mechanical elements of the movement like the tourbillon, power reserve, gear train, and barrel have been raised above the watch’s dial—seemingly floating above the watch’s face like small islands of mechanical intrigue.

The watch’s mechanical visage is contained within a box-domed sapphire crystal that took Ulysse Nardin’s research and development team months to create. The raised sapphire not only provides room to house the three-dimensional display above the dial, but its sides are straight, as well, allowing you to observe the components from other angles besides just straight on. (If you’re wondering, the watch does in fact feature a sapphire caseback, but in keeping with the piece’s theme of mechanical inversion, nothing is visible through it.)

The tourbillon is held in place at six o’clock on the dial by a boomerang-shaped bridge, and another one secures the power reserve indicator at four o’clock. While the dial’s layout feels very balanced, it has a pleasing asymmetry that draws the eye in for closer inspection. The Executive Tourbillon Free Wheel utilizes the company’s proprietary Ulysse Anchor Escapement, which uses low-friction, non-magnetic silicon components that are less prone to errors and require less upkeep.

The new model is available with either a yellow gold or white gold case with a generous 44 mm diameter. The yellow gold version ($96,000) is paired with a dark stone dial carved from a single slab of slate, while the white gold model ($99,000) is set against a gray honeycomb grid over a black dial. Unlike most of Ulysse Nardin’s tourbillons, the Executive Tourbillon Free Wheel is not a limited edition; rather, it’s a full production model that is available for purchase now.