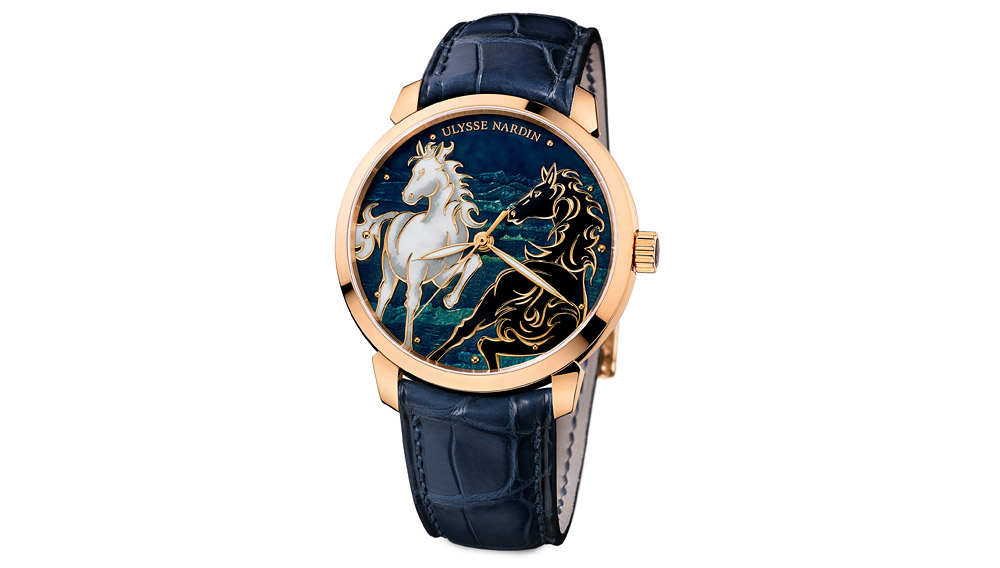 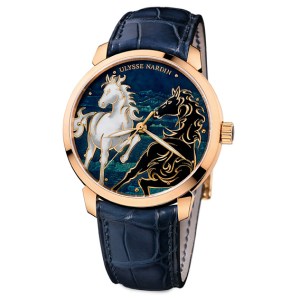 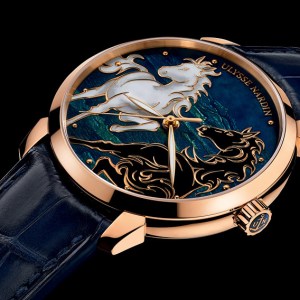 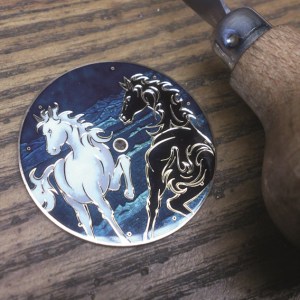 The Chinese New Year, which is based on a lunar rather than a solar calendar, fell on January 31 this year, and Ulysse Nardin celebrated the occasion with the release of the Classico Horse, the third in a series of enamel-dial watches that pay tribute to the animals of the Chinese zodiac. The watch, which is priced at $42,300 and limited to just 88 pieces, is created entirely in-house thanks to Ulysse Nardin’s 2011 acquisition of the Swiss enameler Donzé Cadrans.

According to Chinese astrology, those born during the Year of the Horse are strong-willed and independent, characteristics that the artisans of Donzé Cadrans have perfectly captured with the Classico Horse’s majestic dial, which depicts two wild horses galloping across a field. The scene is created via the champlevé enameling method, in which artisans chisel small cells directly into the dial and then fill them with different colors of enamel to create the image. The watch’s self-winding movement can be observed through a crystal window on the back of the 18-karat-rose-gold case. While the exterior of the Classico Horse exudes untamed independence, its status as a certified chronometer means that the watch’s timekeeping is the essence of reliability. (www.ulysse-nardin.com)